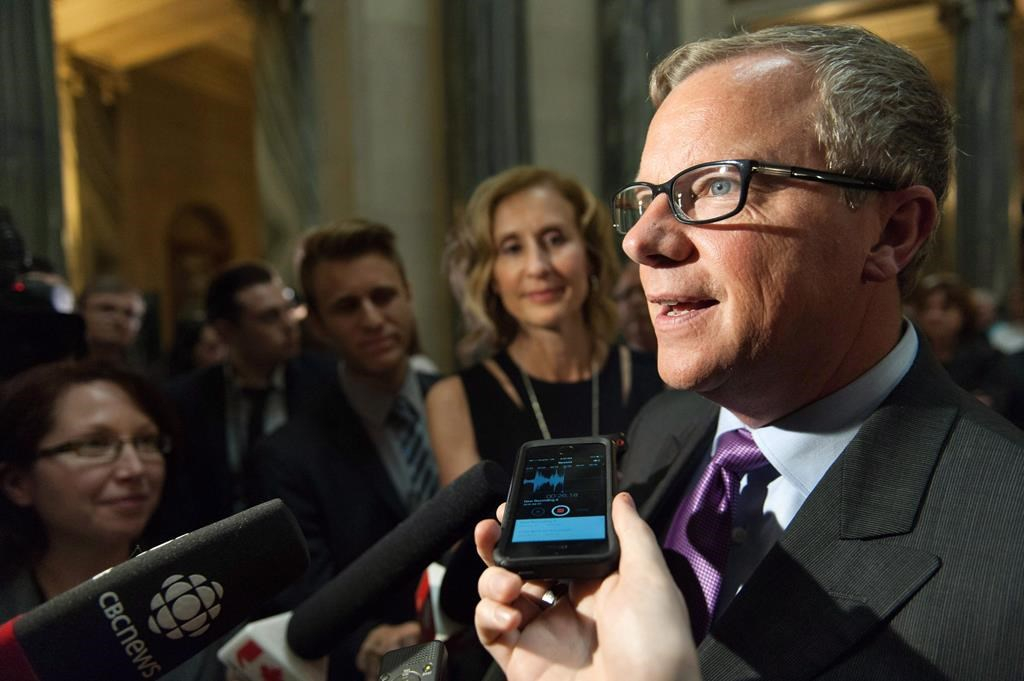 Saskatchewan Premier Brad Wall speaks to reporters in Calgary on June 8, 2016. Photo by The Canadian Press.
Previous story
Next story

The energy industry is losing the public relations battle against environmentalists and needs to redouble efforts to get out its side of the story, Saskatchewan Premier Brad Wall said Wednesday.

"Today there continues an existential threat to this industry," said Wall.

"It's posed by ... some who just aren't that comfortable that we have all this oil and what oil might mean. And it's also posed by some who just want to shut it down completely."

Wall made the remarks Wednesday in a speech at the Petroleum Club in Calgary to the Explorers and Producers Association of Canada, which represents small and medium oil and gas producers.

He said the industry needs to do a better job of promoting the benefits it provides and continue to ask questions of its critics.

"Frankly, we're in the middle of a battle and we haven't been winning many battles," Wall said. "I fear we're in danger of losing more battles if we're not vigilant."

He also criticized the backers of the anti fossil-fuel Leap Manifesto, which he referred to as "grim leapers," for what he said was their profound snobbery against the sector and their "magical thinking."

Responding to Wall's comments, Greenpeace campaigner Keith Stewart said in an email that inaction on climate change is creating a much bigger existential threat.

Wall also reiterated his opposition to provincial and federal carbon taxes, saying it's not the right time to introduce such levies as the oil and gas industry struggles to survive amid low energy prices.

"We do not think it's the right time for any more surprises. We think they're for birthday parties, they're not for an economy when it's in many respects facing the headwinds of lower commodity prices," said Wall.

He took the opportunity to invite more oil and gas investment in Saskatchewan, one day after Alberta passed its carbon tax legislation.

By The Canadian Press | News, Politics | April 5th 2016
Race to a Safer World