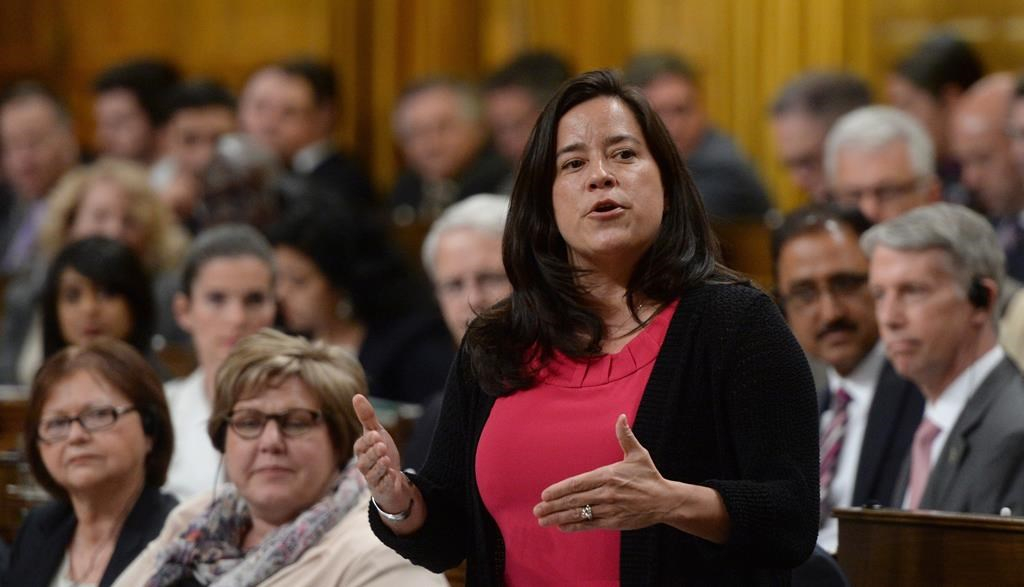 Justice Minister Jody Wilson-Raybould speaks in the House of Commons on June 8, 2016. Photo by The Canadian Press.
Previous story
Next story

The Senate may be headed for an impasse with the government over its controversial proposed law on medical assistance in dying.

Justice Minister Jody Wilson−Raybould is signaling that the government is unlikely to accept a Senate amendment that would extend the right to assisted dying to all Canadians who are suffering intolerably, not just those who are close to death.

Wilson−Raybould says the government worked "incredibly hard" on Bill C−14 and believes it balances personal autonomy with protection for the vulnerable.

She says removing the requirement that assisted dying be available only to those whose natural death is "reasonably foreseeable" would change that balance and would require additional safeguards.

The near−death proviso in the bill has been widely condemned by legal and constitutional experts who maintain it renders the legislation unconstitutional and flies in the face of last year’s landmark Supreme Court ruling, which struck down the ban on medical assistance in dying.

Senators, who are set to begin final debate on the bill later today, appear determined to ensure the constitutionality of the bill by removing the near−death requirement.

Claude Carignan, the Conservative leader in the Senate, predicts the Senate will approve an amendment to that effect and, if the House of Commons rejects it, will "insist" upon it.

There is no mechanism for breaking a deadlock between the two houses of Parliament.

Theoretically, the Senate could repeatedly send the bill back to the Commons with the same amendment, until one chamber or the other gives in.

The two chambers could also agree to hold a "conference" — a procedure to resolve an impasse that has not been used in some 70 years.

Wilson−Raybould did not seem inclined Wednesday to accept an amendment to delete the near−death proviso.

"We’ve worked incredibly hard on this piece of legislation to ensure that we find the right balance and we’re confident that we’ve found the right balance between recognizing personal autonomy and protecting the vulnerable," she said outside a Liberal caucus meeting.

"If we were to consider removing reasonable forseeability, that would broaden the regime, the balance that we have struck."

She added: "There would need to be additional safeguards ... This is an incredible and momentous change in our country and we’re confident what we put forward is the right choice for Canada right now. It’s a first step."

C−14 would allow assisted dying only for consenting adults "in an advanced stage of irreversible decline" from a serious and "incurable" disease, illness or disability and for whom natural death is "reasonably foreseeable."

That’s more restrictive than the Supreme Court’s directive that medical assistance in dying should be available to clearly consenting, competent adults with "grievous and irremediable" medical conditions that are causing enduring suffering that they find intolerable.

An impasse between the chambers would prolong the time in which Canada is without a criminal law governing medical assistance in dying. When the top court struck down the ban on assisted dying, it gave Parliament a year, later extended by four months, to craft a new law. That deadline passed on Monday.

In the absence of a law, the procedure will be governed by the eligibility criteria spelled out by the Supreme Court, guidelines issued by medical regulators in each province and any rules set by provincial governments.

In absence of federal law, a look at assisted-death guidelines across Canada