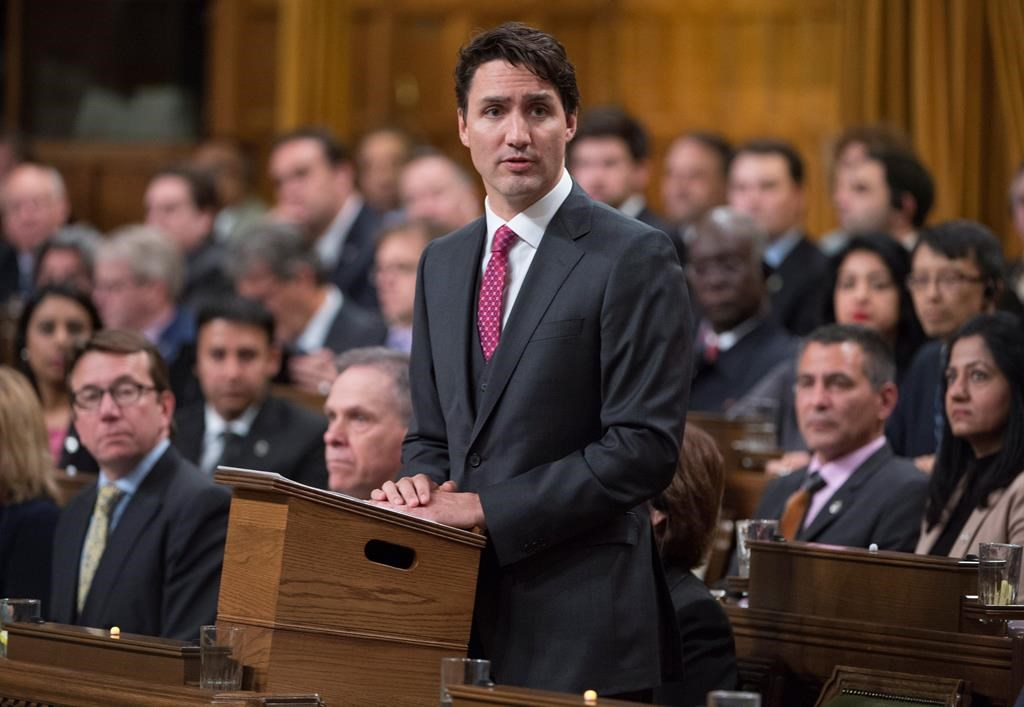 Justin Trudeau in the House of Commons on May 18, 2016. File photo by The Canadian Press.
Previous story
Next story

Prime Minister Justin Trudeau briefed dozens of his top diplomats Thursday at Global Affairs headquarters on a sweeping international agenda — everything from climate change to security and human rights.

At the outset of a rare two−day meeting with 135 ambassadors and heads of mission, Trudeau repeated the message of a letter last November that unshackled them from the message control of the previous Conservative government.

"It’s powerful having the prime minister of your country in front of you, and very profoundly underlining, ’I want you to know, I mean what I say, I trust you,’" Rosemary McCarney, Canada’s ambassador to the United Nations in Geneva, said in an interview.

"’And I’m counting on you to represent the best of Canada in advancing our values and principles and policies.’"

The diplomats are also being told to be ready to provide up−to−date, on−the−ground assessments to the government, especially on human rights violations, sources say.

They say the government wants the information so it can effectively incorporate international developments into policy in Ottawa in as timely a manner as possible.

The Liberals want their diplomats to provide Ottawa with "real time reporting, thoughts, views," said one government official, who spoke on condition on anonymity.

"We want to know what the situations are like on the ground. We need that kind of real−time rapid reporting because we’re now relying on you more than perhaps we have in the past, to help bring the reality of situations on the ground," said the official, who wasn’t authorized to discuss the matter publicly.

Marc−Andre Blanchard, the Canadian ambassador to UN headquarters in New York, said in an interview that the objective is to "position Canada at the centre of debate."

"It’s important for the current government that the people serving Canada abroad connect with people."

Last month, Dion announced his department was opening a new Office of Human Rights, Freedoms and Inclusion, an expanded version of the Office of Religious Freedom that the Conservatives created and the Liberals shuttered.

Dion said all Canadian heads of mission, including ambassadors, high commissioners and consuls general would be mandated to promote "human rights, freedoms and inclusion" as part of their core objectives.

The source said the diplomats’ ability to deliver on the human rights agenda would form part of their performance reviews, saying they are now "crucial" actors in that effort.

"It is a priority for all of us in diplomacy to make sure we promote human rights, we promote Canadian values," said Blanchard.

All of that is compounded by the fact the world is facing the biggest migration challenge since the Second World War, with 60 million people forced from their homes, as well as serious climate degradation and "serious issues of peace and security," said Blanchard.

One veteran ambassador, who spoke on the condition they not be identified, said it adds to an ambassador’s credibility if they can show they’ve had the chance to discuss foreign policy with ministers, including the prime minister. "Demonstrating you have that link to the political level is invaluable."

The government has been criticized for upholding a $15−billion contract to sell light armoured vehicles to Saudi Arabia. Groups such as Amnesty International and Project Ploughshares want the government to cancel the deal, citing the abysmal Saudi human rights record, which includes subjugating women, mass executions and the jailing of dissenters.

Prime Minister Justin Trudeau said Dion and departmental officials expressed their "dissatisfaction" over the incident with the minister and China’s ambassador.