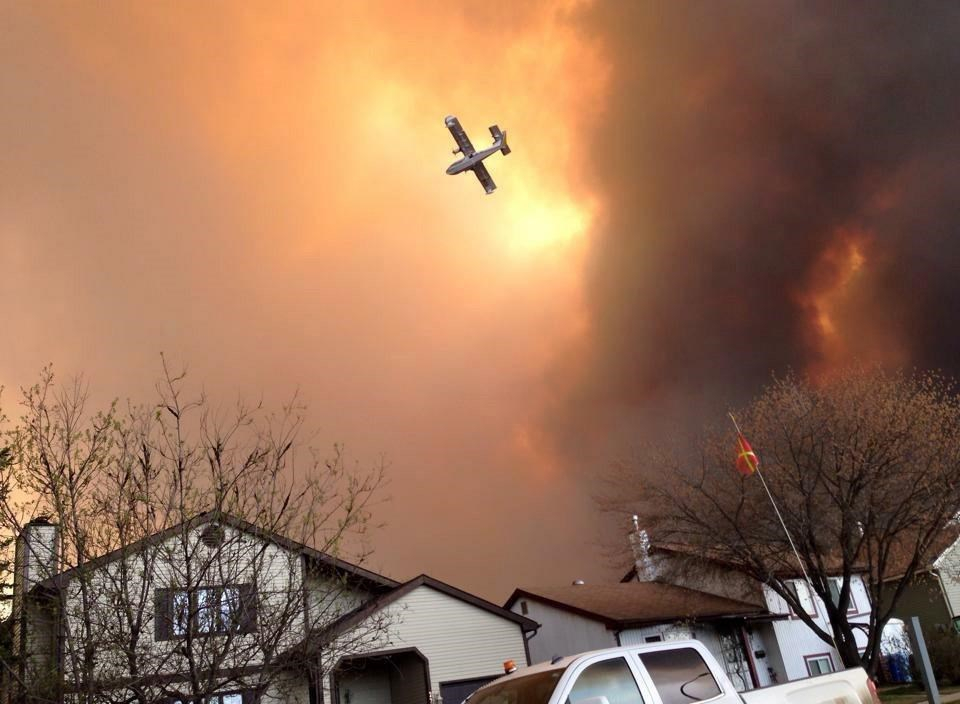 A U.S. government agency says the Fort McMurray wildfires from May was a major cause of disruptions on global oil supply. File photo by The Canadian Press.
Previous story
Next story

The Fort McMurray wildfire is largely to blame for a record disruption in global oil supplies, say new numbers released on Thursday by a U.S. government agency.

According to the U.S. Energy Information Administration (EIA), unplanned disruptions to the global supply of oil averaged more than 3.6 million barrels per day (bpd) in May 2016. That’s the highest monthly average recorded by the EIA since they started tracking the stat in 2011.

The new stats come in a week in which oil prices went above US$50 per barrel for the first time in nearly a year - up from a low of $26.21 per barrel in February. The EIA report comes just over one week after a phased re-entry for Fort McMurray residents began on June 1. And although many oilsands camps have resumed operations, the wildfire is still burning over 580,000 hectares of Northern Alberta real estate.

The EIA estimated that Canadian production was about 800,000 barrels per day lower than usual as a direct result of oilsands camp evacuations during the Fort McMurray wildfire. On the worst days, the agency said that Canada’s output was dinged by more than 1.1 million bpd.

Overall, the numbers from EIA show that the wildfire, which struck after unseasonably hot and dry weather conditions, did more damage to global oil production than militant raids in Nigeria.

Oilsands companies shuttered camps and slowed operations in the early weeks of the evacuation, the largest in Alberta's history. Companies like Suncor and Syncrude evacuated around 8,000 workers from their camps north of Fort McMurray on May 16, nearly two weeks after Fort McMurray residents were forced to flee their homes as a wildfire began ravaging their city. Production had already slowed at the region’s oilsands facilities as a result in the two-year-long slump in global crude prices.

Workers started returning to oilsands camps in late May, and the EIA reports that production has gradually started to increase. While Suncor president and CEO Steve Williams said that his own company would reach pre-fire production rates by the end of the month, the EIA estimates that production won't reach normal levels in June, remaining down an average of 400,000 bpd.

A supply glut in Kuwait that added an unexpected 200,000 bpd to the market, wasn’t enough to offset Canada’s diminished production from last month. Brazil and Ghana were also able to boost production, but at rates much lower than Kuwait.

But Canada wasn’t the only country to contribute to the growing disruption.

Militant attacks in Nigeria targeting oil and natural gas infrastructure accounted for a drop of almost 300,000 bpd over April’s numbers, decreasing the country’s crude oil production to an average of 1.4 million bpd. Nigerian militants ramped up attacks last month in response to that government’s phase-out of an amnesty program that granted discounted pipeline protection contracts to former militants, and the resulting increased military presence in the region.

Demand rose as the Canadian-driven global supply drop took its toll, resulting in an average monthly increase of $5 per barrel in Brent crude oil prices in May. And the EIA expects global supply outages to decrease next month. They said the disruptions, especially those in Canada, are temporary.

“The duration of an outage mainly depends on the root cause of the disruption. When an outage is related to weather, natural disaster, labor strikes, or technical failure/accident, the disruption usually ends within weeks or a few months, such as the recent outages caused by the wildfires in Canada and the poor weather in the Basra Gulf in Iraq,” the EIA reported.

According to Reuters, Canadian Natural Resources Limited (CNRL) and Cenovus Energy evacuated staff at their Pelican Lake camps on June 8. Production from the Cenovus camp alone will see a further disruption on 23,000 bpd.

The Canadian Press reported Thursday that Cenovus said it was in the process of resuming production at Pelican Lake, returning 50 of the 118 staff it evacuated earlier this week. CNRL also said they resumed their 800 bpd production shuttered because of the fire. They join the majority of camps in Northern Alberta that have resumed production. And the wildfire won’t stop oilsands growth for long. ​

The NEB projects oilsands production to double through 2040, a forecast that, if true, may keep Canada from meeting its emissions targets. According to the Parkland Institute, Canada’s non- oil and gas sector emissions would have to decrease between 47 and 59 per cent below 2014 levels by 2030 for that to be possible.

“Short of an economic collapse, it is difficult to see how Canada could realistically meet its Paris commitments without rethinking its plans for oil and gas development,” the Parkland Institute’s David Hughes said in a press release.