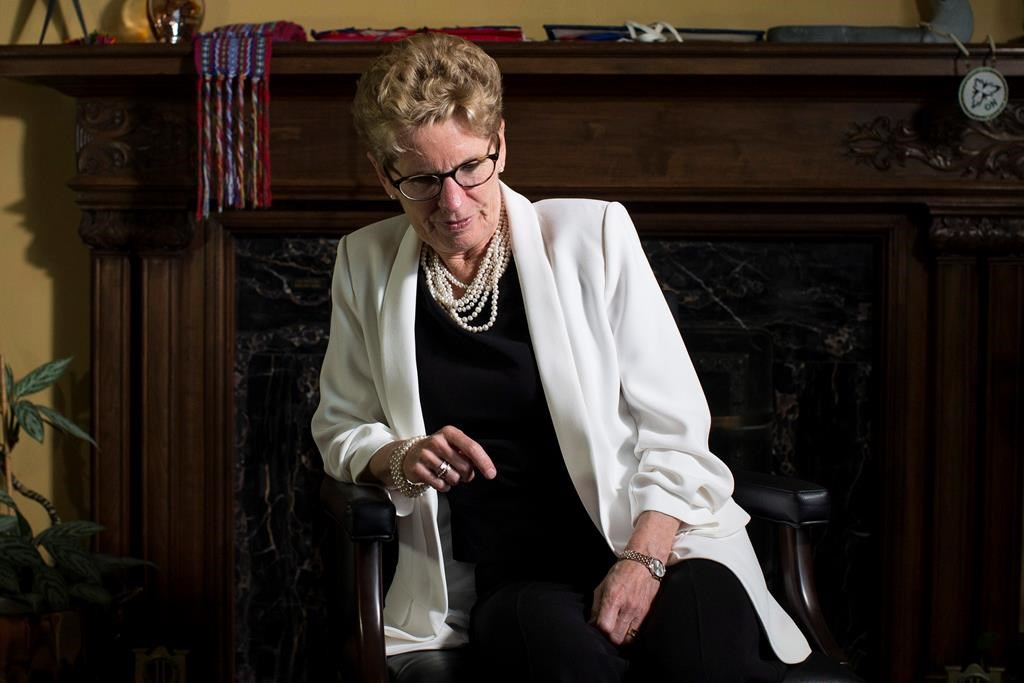 The province has protocols in place to offer guidance for families and physicians to deal with assisted dying until the federal government passes legislation to replace the law struck down last year by the Supreme Court, said Wynne.

"I think we can carry on with those protocols for a certain amount of time," she told The Canadian Press in an interview.

However, Wynne said she doesn’t want to see the issue of physician−assisted dying end up like abortion, where there is no law because the old one was struck down by the Supreme Court in 1988 and new legislation was never passed to replace it.

"If it drags into years, and if there were never legislation, that would be a real problem," she said. "People would be very concerned."

Ontario’s protocols, enacted after the June 6 deadline set by the Supreme Court passed without new legislation, mean people no longer have to go to court to seek permission for a physician−assisted death. However, Wynne said it’s probably still a good idea to ask the Superior Court for approval until a new law is passed.

"I think in some cases, because we’re in a bit of limbo still, doctors would recommend going to the court just to get a validation of the person’s condition," she said.

The premier said her father, a retired family physician, never discussed patients with her, but he did talk about the "pain and anguish" families would go through with loved ones at the end of life.

"He’s never given me his policy perspective on this, but I know from my conversations with him that he would like to see a rational law in place to help guide physicians," said Wynne.

"I think doctors probably for decades have heard more about this than the rest of us."

Senators voted 41−30 Wednesday to amend Bill C−14 to allow suffering patients who are not near death to seek medical help to end their lives.

If that amendment passes, it would delete a requirement that a person’s natural death be reasonably foreseeable, removing the central pillar underpinning the Liberal government’s legislation.

The change would replace the eligibility criteria in the bill with the much more permissive criteria set out in last year’s landmark Supreme Court of Canada ruling, which struck down the ban on assisted dying.

The Senate is expected to continue debating the bill and vote on other amendments into next week.

"My hope is that whatever happens between the Senate and the House of Commons that they’ll be able to sort this out and give some direction," said Wynne. "This is one of those issues that needs a national discussion, a national framework, and my hope is we see that come forward."