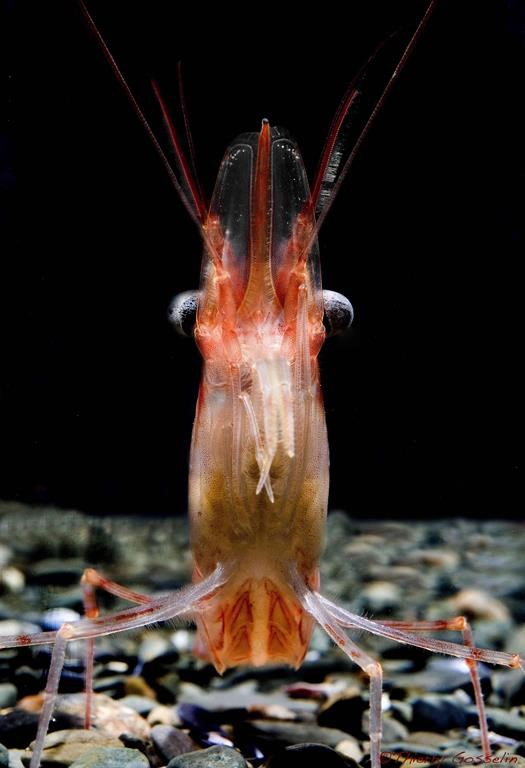 Nova Scotia fishermen and politicians are warning Ottawa about a possible repeat of the political meddling that led to the devastating collapse of the cod stocks in the early 1990s.

This time, however, the problem isn’t cod, it’s northern shrimp.

A federal panel reviewing the quota for Newfoundland’s north coast wrapped up the last of six public hearings Friday in Halifax, where 150 fishermen, processors, industry representatives and politicians packed a stuffy conference room.

With hundreds of millions of dollars at stake, the temperature in the room went up as the presenters traded barbs over the fate of a lucrative industry that is only around 40 years old.

Northern shrimp is Canada’s fourth−most−valuable seafood export, valued at $319 million in 2013. Canada exports more cold−water shrimp than any other country in the world.

The northern shrimp represents approximately 97 per cent of the Atlantic commercial shrimp fishery.

The federal fisheries minister called for the hearings to help Ottawa decide what to do about a decline in northern shrimp stocks that started in 2009. Justin Trudeau had promised a review after concerns about the industry were raised in Newfoundland and Labrador while the Liberal leader was campaigning for election last summer.

But the Nova Scotia government is worried the process is being driven by politics rather than rules and science.

"When you’re playing a hockey game and you get into the third period, nobody changes the rules," he told the committee.

The problem is that under the rules, reducing the quota for the area off Newfoundland’s north coast, known as Shrimp Fishing Area 6, could have a drastic impact on the adjacent coastal communities.

The northern shrimp fishery was largely developed by a pioneering group of companies in Nova Scotia and New Brunswick that operated larger offshore trawlers specifically designed to scoop up shellfish.

After the cod collapse in the early 1990s, which wiped out about 40,000 jobs in Atlantic Canada, fishermen on the north coast of Newfoundland persuaded Ottawa to let them use their smaller boats to start catching shrimp.

But the inclusion of the so−called inshore fleet in 1997 came on the condition that the fishermen agree to something called the Last−In−First−Out rule, which stipulates that the last entrants to the fishery are the first to leave when the quota is cut.

Nova Scotia Fisheries Minister Keith Colwell said the expansion of the industry in the 1990s marked a departure from the highly politicized process that led to the collapse of the cod fishery.

"LIFO is part of the modern approach to fisheries management," he said. "This approach is rules−based, rather than top−down, politically driven decisions, which created some of the problems around the collapse of the cod fishery."

He said this clear, predictable management practice should not be altered in the midst of Newfoundland and Labrador’s financial crisis.

"These rules are clear and fully understood by everyone," he said, adding that the LIFO rule has stood firm during the tenures of nine federal fisheries ministers.

As well, he noted that P.E.I. had to withdraw from the industry under LIFO, which represented a tough political decision based on the federal government’s previous commitment.

However, with Newfoundland and Labrador’s economy in a tail−spin, the province’s largest fishermen’s union — the Fish Food and Allied Workers (FFAW) — wants the rule dropped and the offshore boats sent to work in other, more northerly fishing areas.

David Decker, the union’s secretary treasurer, said the idea that the offshore trawlers constitute a so−called traditional fleet in the area is wrong.

"It was in the far north (off Labrador), where this fishery developed — not in Area 6," Decker said in an interview.

Decker said there are about 3,000 people in Newfoundland and Labrador who depend on the northern shrimp fishery for all or a great portion of their income.

"Newfoundland is reeling," he said. "We’re projected in a couple years to have 20 per cent unemployment."

Andrew Titus, captain of the Nova Scotia−based offshore trawler Mersey Phoenix, said Mersey Seafoods has been using larger boats in Area 6 since 1989. He told the panel the Nova Scotia company took a big risk investing in a new industry.

"Unfortunately, the (inshore) fleet is too large," he said. There are 10 offshore trawlers and enough inshore boats (256) to match the capacity of 80 offshore vessels, he said.

"The FFAW will sacrifice fisheries and long−term viability in an attempt to gain control. This will not benefit anyone ...(But) we must stop looking over the stern and throwing rocks at each other and look forward to the future and navigate."

He said some kind of balance must be found between the inshore and offshore industries, though he couldn’t say how that would work.

"You cannot even get close to finding an answer to this if we continue to sling mud and argue with each other," he told the panel.