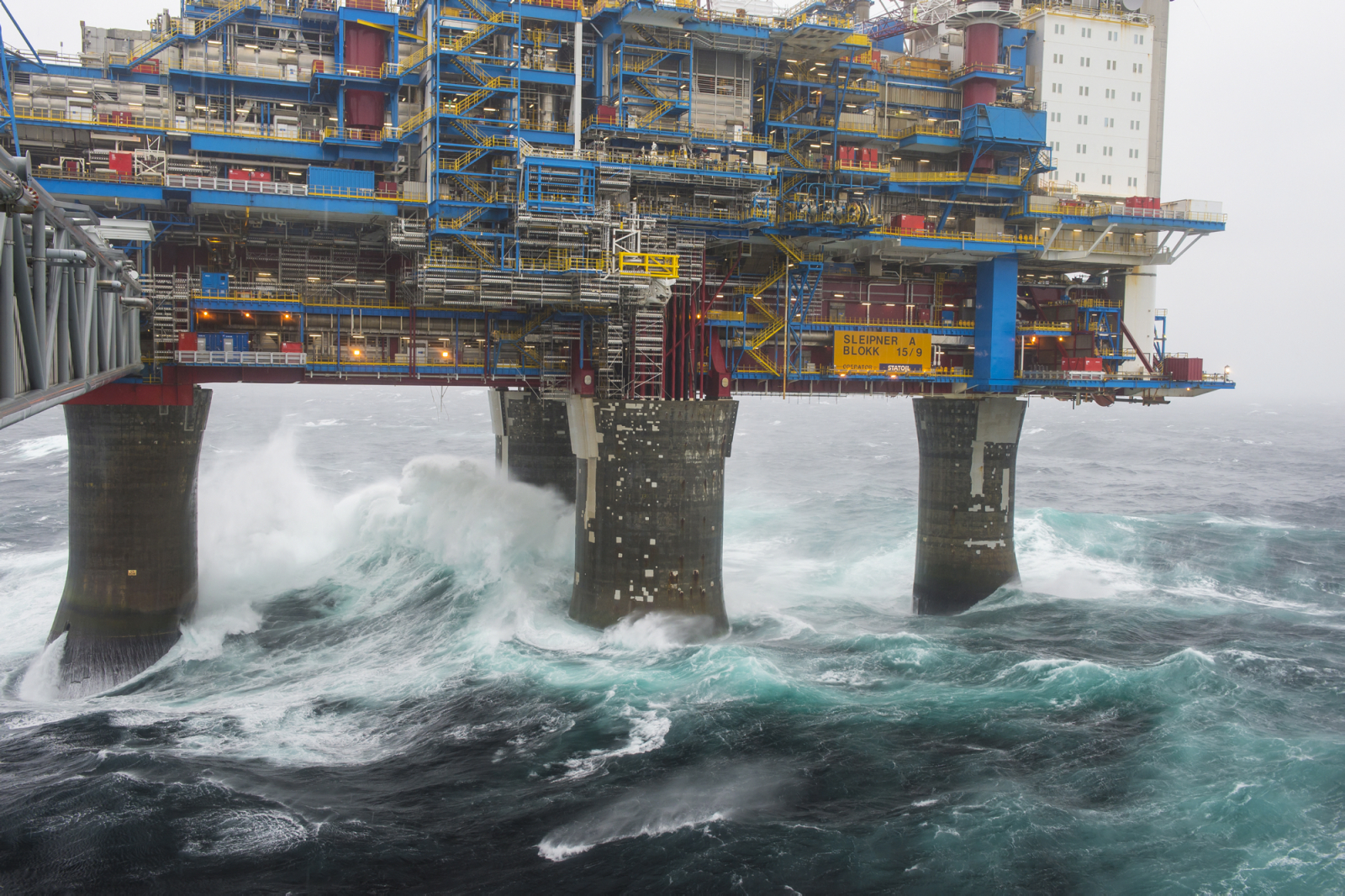 One of Statoil's drilling platforms in a storm. Photo by Oyvind Hagen/Statoil
Previous story
Next story

Norwegian oil giant Statoil has confirmed there are millions of barrels of oil in a "harsh" deep water environment off the coast of Newfoundland and Labrador.

Although one major environmental group reacted to the news with alarm, warning that drilling in the region was a disaster in the making, Statoil said it would take the steps needed to mitigate the risks of an accident.

Statoil said Friday that two wells first found in 2013 contain potentially as much as 600 million barrels of light crude oil in the Flemish Pass Basin, some 500 kilometres east of Newfoundland and Labrador.

Statoil drilled nine wells over 19 months in what it described as a “harsh offshore environment,” but said it set records in drilling speed during the exploration program.

Erling Vagnes, senior vice president for Statoil Exploration, Northern Hemisphere, described the drilling area as a frontier area where only 17 wells have been drilled in the entire basin.

The two oil-containing wells are at the Bay de Verde and Baccalieu prospects in the Bay du Nord area within the basin. The discoveries are in approximately 1,100 metres of water.

Orjan Birkeland, Statoil’s vice-president of exploration for Canada, acknowledged that drilling for oil offshore in deep water is not without its risks.

Back when the company first announced the discovery the wells, environmentalists and First Nations groups expressed concerns, pointing to the BP Gulf of Mexico disaster in 2010.

“There’s risk with any activity we do offshore,” Birkeland told National Observer in an interview. “What we do is about mitigating that risk so we can go forward.”

In order to ease the risk, the company ensures it’s in compliance with all the regulations, Birkeland added.

As to the area’s harsh weather, he cited hurricanes, storms, “you name it.”

The company has no fixed timeline for extracting the oil. Statoil’s next step is to apply for a significant discovery licence from the Newfoundland Canada Offshore Petroleum Board.

That licence grants Statoil the rights to the area for development and later enables the company to convert it to a production licence.

The Canada-Newfoundland and Labrador Offshore Petroleum Board is the watchdog that oversees drilling activity off the coast.

While the wells contain anywhere from 300 million to 600 million barrels of recoverable oil, the company estimates the resource might be at the lower end of the range.

Birkeland called the discoveries positive for the area, but said the company is also somewhat discouraged because the discovery is lower than anticipated.

Extracting the oil comes with challenges

The rugged environment won’t be the only challenge Statoil faces if it decides to extract the oil. The distance from Newfoundland and from any other oil platforms creates logistical problems when it comes to ferrying staff and supplies back and forth.

And then there are what the company calls “an ongoing discussion” with Newfoundland and Labrador over potential fiscal terms.

Alex Collins, a spokesperson for Statoil, said the company doesn’t have any formal negotiations open with the province currently and that it’s too early to say what they’re specifically looking for from Newfoundland.

“We’re still understanding the resource and understanding what the future looks like for offshore Newfoundland. There’s no specific requests with government at this time.”

But in 2015 the CBC reported the province and the oil company had reached an “impasse” when it came to developing the Bay du Nord project.

Then-provincial Natural Resources Minister Derrick Dalley said Statoil was looking for “a level of benefits that we feel are not in the best interests of the province.”

Dalley indicated the province and company were negotiating over equity and benefits arrangements, among other things.

The Newfoundland and Labrador Department of Natural Resources did not respond to National Observer’s calls.

In 2013, Farrah Khan, Arctic campaigner for Greenpeace Canada, told the CBC that "it's especially galling that Newfoundland and Labrador is using public money to advance a 'very risky' industry.

"We think that our governments should instead be investing in sustainable development opportunities, especially for the inhabitants of our North and indigenous communities."

Newfoundland and Labrador's crown corporation Research and Development Corporation spent $1.5 million to assist with research looking at developing oil and gas projects in harsh environments, according to the broadcaster.

The explosion and subsequent oil spill on the offshore oil well drilling platform Deepwater Horizon Macondo — 50 miles off the coast of Louisiana in the Gulf of Mexico — took place on April 20, 2010.

Besides being the largest oil spill in U.S. waters, it has been called the most expensive spill in history, the largest clean-up, the most studied and the most litigious.

Ultimately, 11 men died in the explosion.

Some 650-million litres of oil spilled into the water; BP, which operated the well, has spent some $42-billion in clean-up and compensation; and the company is subject up to $13.7 billion in fines. The spill impacted approximately 25,000 kilometres of coastline in five states.

A movie starring Mark Wahlberg is currently being made about the disaster.

In its 2011 report to United States President Barack Obama, the commission investigating the Deepwater Horizon explosion noted that “…deepwater brings new risks, not yet completely addressed by the reviews of where it is safe to drill, what could go wrong, and how to respond if something does go awry.”

The commission further pointed out that the deepwater environment is cold, dark, distant and under high pressures, compounding the risks if a well gets out of control.

“When a failure happens at such depths, regaining control is a formidable engineering challenge—and the costs of failure, we now know, can be catastrophically high.”

The concern hasn’t abated with time. Alex Speers-Roesch, an Arctic campaigner with Greenpeace, told National Observer: “Deepwater drilling is an inherently risky activity and we’ve seen how horrible the consequences of that can be from the BP disaster in the Gulf of Mexico.”

Speers-Roesch said energy companies should begin thinking of themselves as energy companies, not fossil fuel firms, and begin providing renewable energy that doesn’t damage the environment.

“Given all the climate impacts, it really doesn’t make sense to be carrying out risky drilling when we have cleaner energy alternatives that don’t come with those risks.”