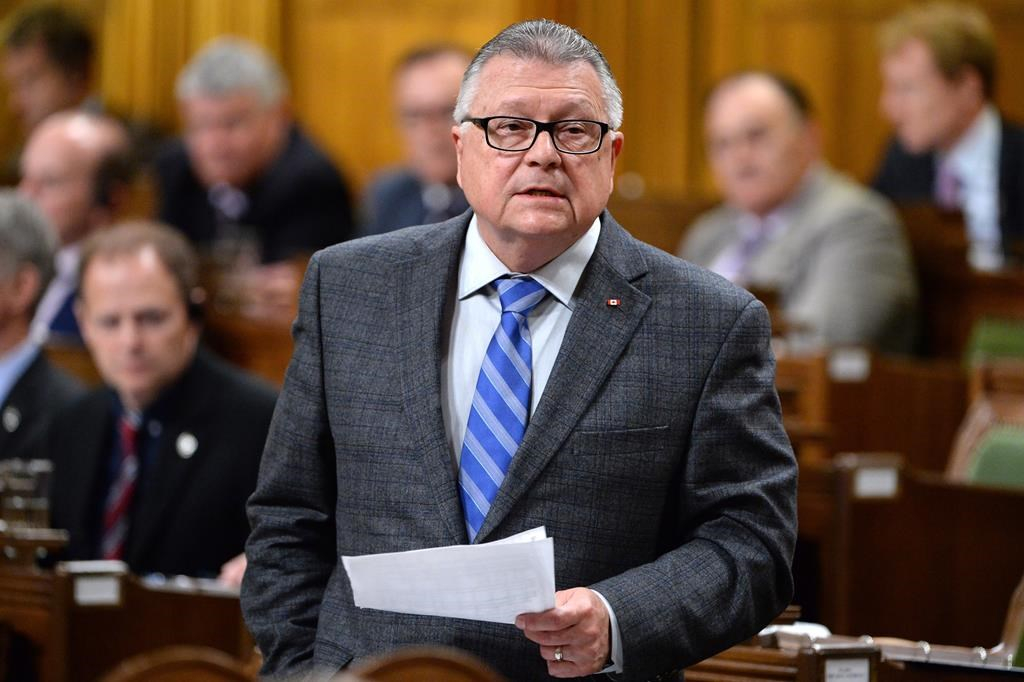 Public Safety Minister Ralph Goodale said he was shocked by the mass shooting, offering his thoughts and prayers to the victims. File photo by The Canadian Press.
Previous story
Next story

Canadian political leaders and members of the LGBTQ community expressed shock and outrage over a mass shooting on Sunday that killed at least 50 people and injured dozens of others at a gay nightclub in Florida.

Candlelight vigils to mourn the victims were planned for Toronto and Vancouver Sunday night.

A gunman wielding an assault-type rifle and a handgun opened fire inside a crowded gay nightclub in Orlando. He was shot and killed by police. The attack came during Pride month, both in the U.S. and Canada.

“Although it’s still early in the investigation, we know enough to say that this was an act of terror and an act of hate,” Obama told reporters on Sunday, “and as Americans we are united in grief and in outrage and resolve to defend our people.”

"In the face of hate and violence, we will love one another. We will not give into fear." —@POTUS https://t.co/i7fOS38GzH

President Obama added that the FBI was on the scene and leading the investigation along with local law enforcement officials.

“The FBI is appropriately investigating this as an act of terrorism. And I’ve directed that we must spare no effort to determine what if any inspiration or association this killer may have had with terrorist groups. What is clear is that he was a person filled by hatred. Over the coming days we will uncover why and how this happened and we will go wherever the facts lead us.”

A manager at a prominent Toronto gay bar said the massacre likely won't prompt his establishment to increase security at the club.

"You can't live in fear because of one incident," said Cameron Rennie, a manager and bartender at Woody's in Toronto.

Officials from Pride Toronto, a not-for-profit with the goal of bringing together the city's LGBTQ community, which also organizes Toronto's pride month, released a written Staten saying that they stand united with the community.

In the statement, officials said they will "continue to work" with security officials looking forward at the rest of the Pride events including Toronto's traditional parade.

Federal Public Safety Minister Ralph Goodale tweeted that he is shocked by the mass shooting, and that his thoughts and prayers are with the loved ones of the victims.

Shocked at mass shooting in Orlando. Cdns condemn this brutal violence.  Thoughts+prayers with victims and their loved ones.

Ontario Premier Kathleen Wynne, who is openly gay, wrote on Twitter that her thoughts are with the LGBTQ community while B.C. Premier Christy Clark tweeted that she is "incredibly saddened by the evil brutality" of the Florida shooting, and that her province "stands united with (Orlando) against terror and hate."

Shocked and heartbroken by the news of the #Orlando terrorist attack. Our thoughts are with the entire #LGBTQ2S community.

Montreal Mayor Denis Coderre has announced that the city will fly the rainbow flag at City Hall in solidarity with the LGBT community.

Rona Ambrose, interim leader of the opposition, wrote in a Facebook post that "we must remain steadfast and strongly condemn terrorism, in all its forms, around the world."

—With files from Morgan Lowrie in Montreal, and The Associated Press.