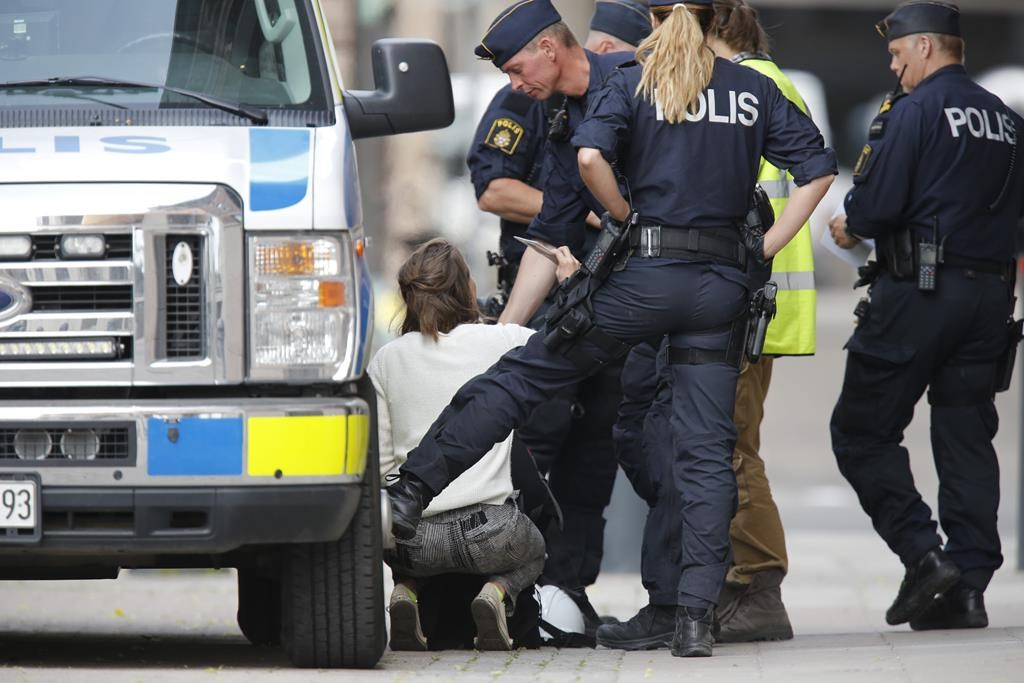 Protestors were arrested in Stockholm on June 15, 2016. Photo by the Associated Press.
Previous story
Next story

Swedish police on Wednesday arrested four environmental activists who climbed on top of the entrance of the government headquarters disguised as construction workers.

A video of the incident published by Swedish newspaper Expressen shows how the activists, wearing yellow vests and hard hats, put up ladders on either side of the entrance while distracting two security guards. Two of the activists made it on to the roof and unfurled a banner before the guards managed to remove the ladders.

Police were called to the scene and arrested four people on suspicion of aggravated trespassing and assault against security officers.

Emma Orn, a spokeswoman for the activists, told The Associated Press they were protesting state−owned utility Vattenfall’s plans to sell its coal mines and power plants in Germany to Czech investors. Environmentalists have called on the government to stop the sale and dismantle the coal assets to prevent climate−warming CO2 emissions.

She said the activists didn’t react violently during the "tumult" that arose when the guards tried to pull them down from the ladders.

Police said they received reports of an altercation with security officers but no injuries.

Bodil Sunden, a government office spokeswoman, called the security breach a "serious" matter, but noted that the trespassers had not entered the building.

Prime Minister Stefan Lofven said he respects people’s right to express their opinion, "but this type of method is always reprehensible."