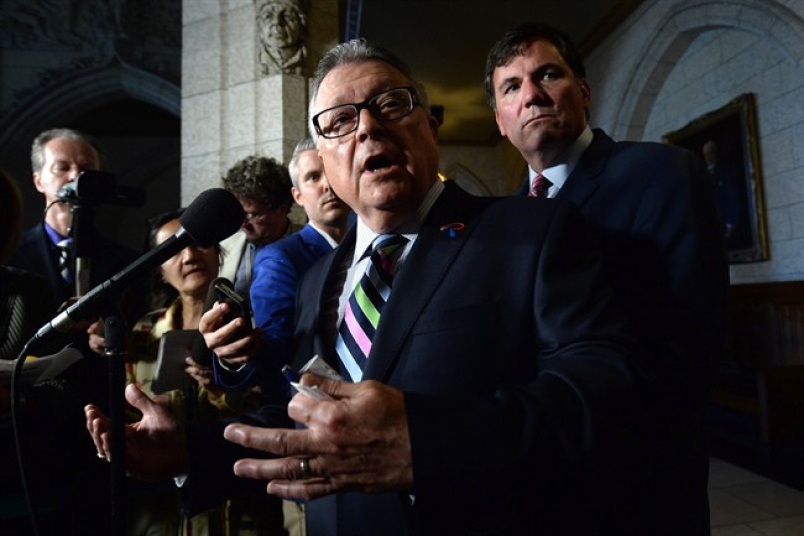 The legislation would authorize a security-cleared committee of seven MPs and two senators to scrutinize the intelligence work of more than a dozen agencies. A maximum of four MPs from the governing party could be members.

All of Canada's major allies — including the United States, Britain and France — have such committees.

"We have studied what those other committees do," Goodale told a news conference, adding Canada has learned from the examples — both good and bad.

The Canadian committee would have power to delve into any national security matter.

However, ministers could withhold information from the members if handing it over would harm national security.

In addition, a minister would have authority to halt a review of an ongoing operation if the scrutiny would be harmful.

Members would swear an oath of secrecy and would not be able to claim parliamentary immunity if they divulged classified information.