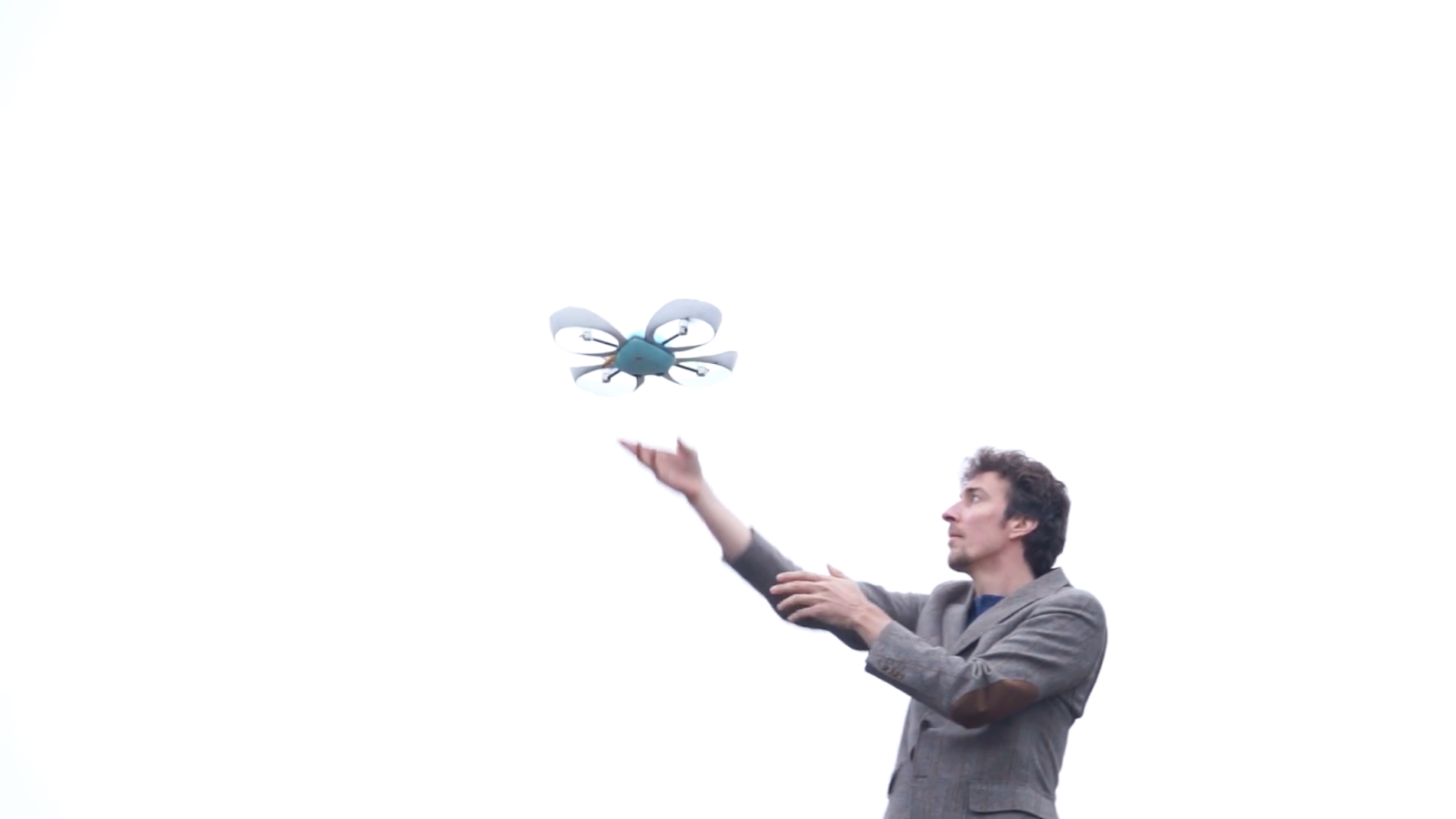 A technology more closely associated with geeky hobbyists and the military may be the next weapon in the fight against climate change.

Yes, we're talking about drones - or highly-sophisticated drones. They would be designed to navigate through harsh environments, taking measurements in difficult-to-reach places and making it easier for scientists to pursue their research.

“We’re looking at a broad range of missions related to oceans, some of which would be scouting sea ice ahead of a ship. One would be making atmospheric measurements,” said Clifton Johnston, an associate professor of mechanical engineering and the NSERC Chair in Design Engineering at Halifax’s Dalhousie University.

Johnston is the lead on a team that is figuring out how to load a drone with sensors and then enable it to fly in places like the Arctic. The researchers from Dalhousie are working with a private drone manufacturer in Halifax, Pleiades.

Johnston envisions the drones taking off from ships and carrying out their missions.

The scientists anticipate the drones will allow them to expand their reach and gather more information. “You could be collecting data from quite a range of locations,” Johnston said.

But before that happens the researchers need to overcome many challenges.

For example, they don’t know how far the drone can fly before it runs out of power. It would depend on how many batteries it can carry and the amount of hardware on board.

And if it runs out of power, the scientists also want to make sure it's water-proof and able to float in case it lands in the ocean. “So you want to be able to collect it and re-use it after it’s been in the water," Johnston said.

Pleiades’ drones are sophisticated pieces of equipment that have been called the “iPhone” of drones.

Patrick Edwards-Daugherty founded Pleiades in 2012 with a few friends and partners from various ventures. Before he began building drones, he worked on virtual worlds software. His education is in mathematics and physics, but he wryly noted: “I think I have been interested in robotics since I was a child watching cartoons.”

While the researchers are working with one of the off-the-shelf drones currently, they’ll ultimately end up with a customized one that will be close to two metres in length and weighing about 10 kilograms. At that size, the drone is more difficult to test, noted Edwards-Daugherty.

The commercial drones run between $2400 and $3200 each, but neither Johnston nor Edwards-Daugherty disclosed how much a custom drone might cost.

Although Johnston said the new drone they're designing will have some unique capabilities, Bruno Tremblay, an associate professor of atmospheric and oceanic sciences at Montreal’s McGill University, said that drones have previously been used to measure fluctuations in solar radiation and heat over open water in the Antarctica.

Tremblay notes taking similar measurements with a ship would take considerably longer and cost far more, so the use of drones “opens new doors to understand new questions.”

Currently, the more common ways to measure the atmosphere is either to do site-specific measurements, where the air is collected in one spot and either analyzed right at the site or back at the lab, or to send up balloons.

The latter come in various sizes and carry different sensors. Environment Canada, for example, launches radio balloons typically twice a day from weather stations. Those collect data such as temperature, air pressure and other meteorological information.

Another way to measure the composition of the atmosphere is through the use of remote sensing devices, which examine emissions from the atmosphere.

Kimberly Strong, a professor of physics and director of the School of the Environment at the University of Toronto’s St.George Campus, said drones may be most useful looking at the distribution of a gas over a small area.

According to Strong, drones could look for the source of emissions in an urban area or study emissions from a volcano, for example. In the latter instance, she envisions a drone flying in and out of the path of a volcano plume and sampling and measuring the air as it does so.

As it turns out, Johnston’s is not the only drone being worked on at Dalhousie.

James Drummond, the Canada Research Chair in the Remote Sounding of Atmospheres at Dalhousie, has been experimenting with a drone to take atmospheric, temperature and pressure measurements over the Arctic.

Much of the ongoing research in the Arctic is aimed at looking at the impact of climate change on thinning ozone levels in the region.

Drummond is after what he calls “highly accurate temperature profiles of the atmosphere.”

The scientist is the principal investigator of the Canadian Network for the Detection of Atmospheric Change and he has led the university and government scientific team that equipped the Polar Environment Atmospheric Research Laboratory (PEARL) at Eureka, Nunavut for atmospheric research since 2005.

Using the drone hasn’t been easy. Temperatures average minus 20 Celsius during the winter, but can drop considerably lower at PEARL in the high Arctic where Drummond carries out his research.

The cold stiffens the lubrication in the drone’s engine, causing it to stall out, and shortens the time over which the batteries function. They’ve managed to overcome the latter problem by insulating the batteries from the frigid weather.

Another problem is the weakness of the magnetic field in the high Arctic that causes compasses to drift off of true north, so the researchers are attempting to use software to help navigate the drone independently of compasses.

The 60-centimetre drone can fly for about one kilometre.

Drummond hopes to return to the Arctic this summer to do some trials on navigating the drone in anticipation of launching a program of field measurements in the winter.

Back in Montreal, McGill’s Tremblay said, “There is no limit to how many drones we could use. It is just the money to buy them and the money to deploy them. They add very much to our data coverage.”