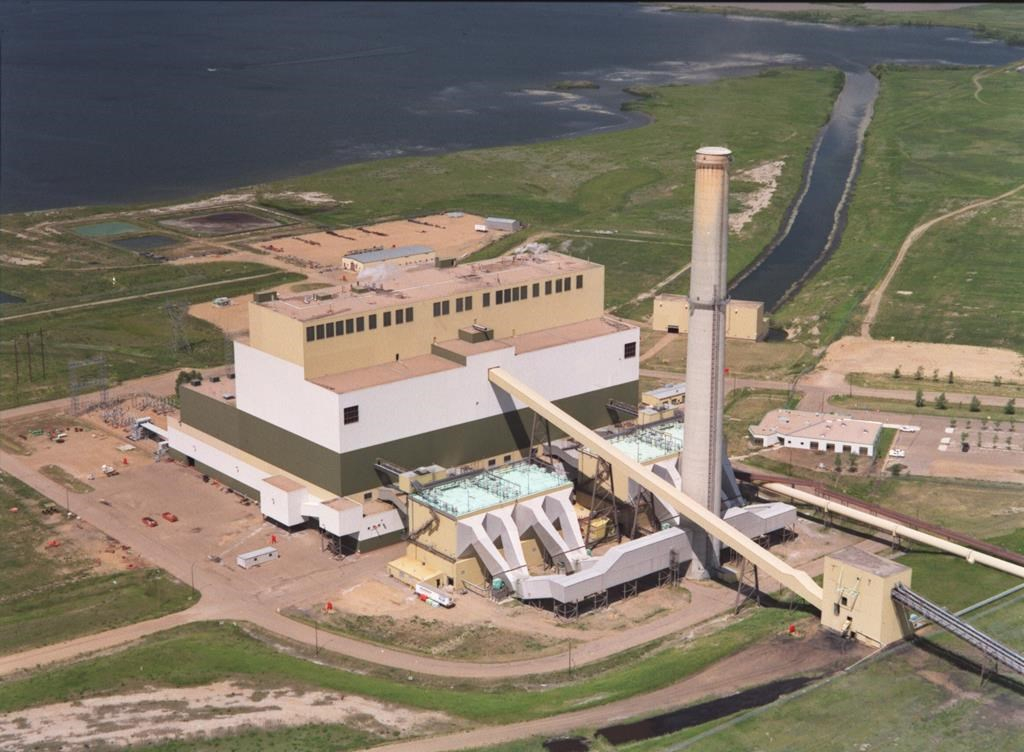 The Sheerness coal plant is near Hanna, Alta. Handout photo via The Canadian Press.
Previous story
Next story

Coal−dependent communities in Alberta are taking a hard look at their future as the age of coal in the province starts to draw to a close.

For Grande Cache, Alta., the closure of its coal mine last year and the looming final shutdown of Maxim Power’s Milner coal−fired power plant has put the very future of the town itself in question.

Mayor Herb Castle says the town council has requested that the regional government study whether Grande Cache, about 430 kilometres west of Edmonton, should dissolve and become part of the municipal district of Greenview.

"They will examine all our finances, our infrastructure, our longer−term needs, and say either you’re viable or you’re not viable," he said.

Castle said council has been considering the move for a couple years, with federal regulations already requiring the Milner plant to shut down at the end of 2019.

But the loss of 400 jobs from a nearby coal mine because of the collapse of the global steel−making coal industry has brought new urgency.

"We’re in the cellar. Our economy is shrinking. We have people who have walked away from houses and mortgages because they can’t afford them," said Castle.

The loss of hundreds of jobs in the town of about 4,300 people means everyone will be affected, he said.

"The long−term effects here will be felt at the grocery store and the garage, because our population is decreasing from a loss of employers and subsequent employees. So it’s felt pretty much everywhere," said Castle.

Hanna, Alta., about 220 kilometres northeast of Calgary, isn’t scheduled to lose its biggest employer until 2030, when Atco Power and TransAlta’s Sheerness coal−fire power plant will be forced to close under new provincial regulations.

But that’s a decade earlier than expected under the federal regulations, and given the uncertainty in the power market, mayor Chris Warwick isn’t sure it will even stay operating that long.

When the power plant and the mine that feeds it do close, the town of about 2,700 people will lose 200 well−paying jobs and many will have to move elsewhere with their families, said Warwick.

"You start taking families out of town and now you’re talking about 300, 400 people, so that’s a major impact," he said.

The town has started looking at its options, and is launching studies on the impact of the Sheerness closure and how officials in Hanna will create jobs and keep the economy going.

Warwick says they’ll be looking at everything from the tourism potential that could stem from revitalizing some historic railway workings to increasing water supplies to boost agriculture options beyond largely ranching.

He added he hopes the province will help fund the studies as part of the $195 million from the carbon tax promised for coal community transitions and indigenous communities, but so far hasn’t heard any details.

Peter Miller, the mayor of Forestburg, Alta., says he too is eager to hear funding details from the province, and has asked Alberta’s economic development minister, Deron Bilous, to visit the town.

Forestburg faces the loss of about 65 jobs from its population of 880, plus dozens more in surrounding communities, when Atco’s Battle River power plant closes.

"They keep talking about helping these communities transition, but they’ve been kind of long on words and short on action," said Miller.

Bilous’s spokesman, Jean−Marc Prevost, said in an email that the government is getting ready to speak with the communities.

"We recognize each community affected by the Climate Leadership Plan has unique challenges and opportunities as they transition away from coal," said Prevost.

"Throughout the summer a series of consultations will get underway to listen to workers and community leaders on the best kinds of supports to make the transition easier."

"We have told them we are quickly approaching a very difficult circumstance here, and that was several months ago," he said.