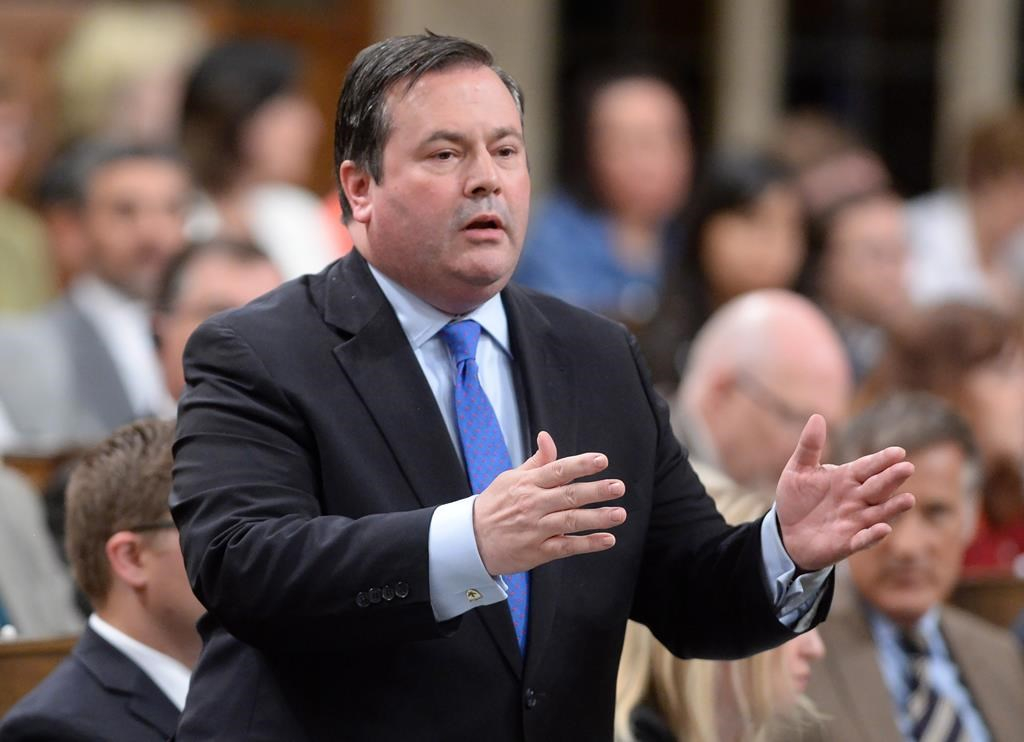 Conservative MP Jason Kenney in the House of Commons on June 22, 2016. Photo by The Canadian Press.
Previous story
Next story

The buzz created by any hint of what veteran politician Jason Kenney might do next with his political life highlights the power he wields in Canadian politics.

The Conservative member of Parliament is considering several paths: run for leadership of the federal Conservatives, leave Ottawa to lead a unite−the−right movement in his home province of Alberta or, as he jokes to some closest to him, run away and live in the woods.

The more he talks about what he might do, the more people talk among themselves. Word that the balance is tipping in favour of a provincial run prompted much scurrying this week in Alberta, sighs among existing and potential federal Tory leadership candidates, but no confirmation from Kenney himself.

"Hmm. That’s interesting. Just stepped off a flight to be welcomed by 160 emails. Sorry for not getting back to you all right away," he posted to Twitter late Tuesday.

Kenney is believed to be in the final stages of making up his mind and will announce by summer’s end if not sooner.

But that’s unlikely to stop the buzz, according to longtime party players.

Most Tories say no one besides former prime minister Stephen Harper worked harder building the modern Conservatives than Kenney and he has amassed considerable political capital, on display everywhere he goes.

At the recent party policy convention, his hospitality suite was packed with everyone from Harper’s former chief of staff to teenage Tory volunteers.

A gaggle of his former staffers — Kenney has been an MP for almost 20 years and served in several cabinet positions — crowded around him for a group photo and there were too many for a single frame.

He lent his energy and political savvy to campaigns across the country in the last election, making 15 to 20 appearances at day for candidates whose victory was near certain, as well as for those who’d end up dead last. He also shared his war chest: 44 different candidates received disbursements from his riding association.

And those are just some of the people he can mobilize, should he toss his hat in the federal ring.

If he does, his decision will have a domino effect.

"People like me are watching very carefully what Jason does, because it affects my plans for who I want to support in the federal race," said Conservative organizer Ken Boessenkool.

"No other candidate has that impact on the federal race."

While Kenney’s name has been bandied about as a potential successor to Harper for years, the notion he’d make the jump to provincial politics only began after the last Alberta election, won by the NDP.

A spat this spring between federal NDP leader Tom Mulcair and Alberta Premier Rachel Notley over oilsands policy injected new urgency into an argument among Alberta conservatives about healing the split between their Wildrose and Progressive Conservative and forming a united front to take down the NDP.

"When you look at the list of people who are capable of doing something like that, I’m not sure the list is all that long and Jason is certainly on that," Boessenkool said.

Kenney’s influence isn’t just domestic. Republicans in the U.S. and conservatives in the U.K. have also asked him for lessons on how to bring more people into their own political tents as they watched Kenney draw in thousands of new Canadians.

"He has proved himself to be one of not only Canada’s but the western world’s foremost conservative thinkers and leaders," said Jamie Ellerton, a one−time Kenney staffer who now runs a public relations firm in Toronto.

"There’s a real powerful political actor that people see and they see that potential."

Why would any reasonable

Why would any reasonable Canadian voter support the second coming of the Ultra Right Wing CONSERVATIVE harper like Jason THE kenney be it Federally or Provincially, jason has to take responsibility for the last ten DARK years of his leader harper autocratic rule of Canadians as he was certainly harpo's right hand man.
along with peter THE mackay..