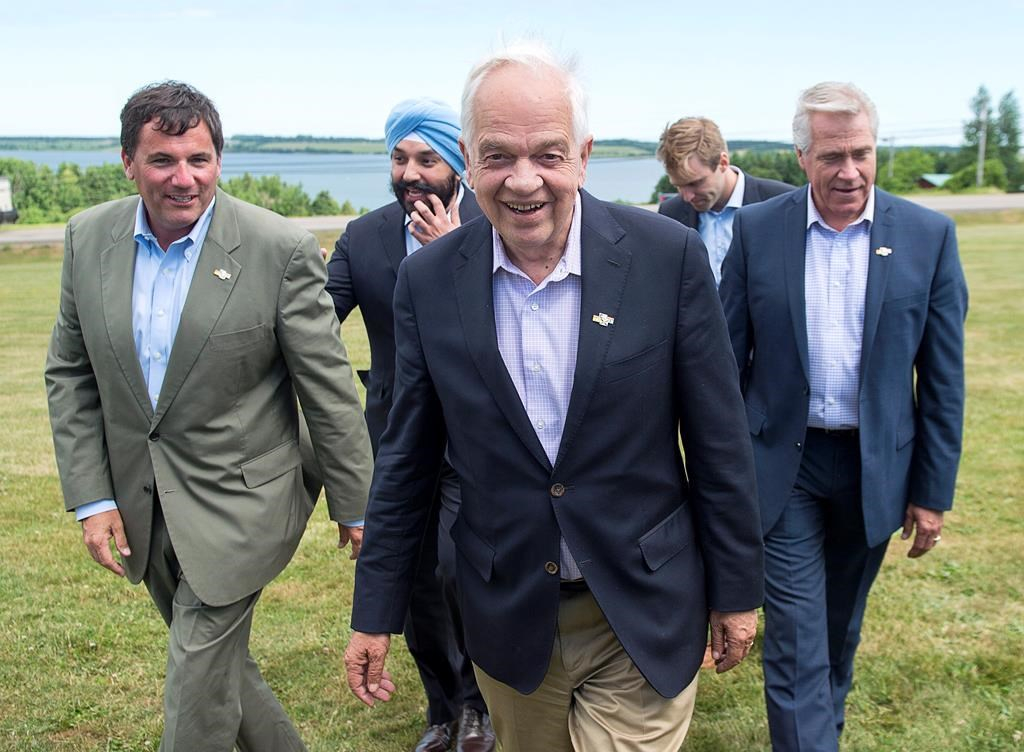 The Atlantic premiers have announced details of a first−in−Canada pilot project designed to boost the region’s flagging economy through immigration, with a particular focus on ensuring that newcomers don’t join the steady stream of outmigration to other parts of the country.

Under the plan, the government will accept up to 2,000 immigrant applications in 2017, with increased numbers in the following years depending on performance.

"So it could be something like 4,000 people, and that number is scheduled to rise in coming years, depending on how well we do," said John McCallum, the federal minister of immigration.

He said the immigration component will be largely driven by the provincial governments and their specific needs.

"We will be open to a variety of skill classes, and we, in my office, will work with each government to develop a plan specific to their own province with a focus on particular occupations, particular regions and with a focus on engaging companies to not only recruit the immigrants but to undertake measures to keep them here," he said.

The details were announced Monday at a meeting in Prince Edward Island of the premiers and a number of federal cabinet ministers.

McCallum said the two levels of government will look for ways to ensure that once immigrants arrive, they’ll stay in a particular region. He said that could include efforts to expedite credentials for different jobs.

He said while the program will be a pilot project in Atlantic Canada, it could be the model for the rest of the country in years to come.

When asked what’s being done to entice people who have left their provinces to return, New Brunswick Premier Brian Gallant said attracting new people and repatriating residents is all part of the same effort.

"I truly believe by succeeding on immigration we will make Prince Edward Island a more attractive place in terms of repatriation," MacLauchlan said.

He said the workforce in his province must grow in order to create sustained prosperity.

Newfoundland and Labrador Premier Dwight Ball said while increased immigration is necessary, it doesn’t mean that existing residents that are unemployed will be overlooked.

Ball also stressed that the immigration plan is only one of the five pillars in the new Atlantic Growth Strategy.

Details will later be announced dealing with innovation, clean growth and climate change, trade and investment, and infrastructure.

"Our fundamental goal is to increase the number of good paying jobs and opportunities here in Atlantic Canada," said Navdeep Bains, minister of innovation, science and economic development.

He said the growth strategy won’t be just another report that gathers dust.

"It’s legitimately about us focusing on areas of action and we can really move the agenda forward in a collaborative manner where we align our priorities and resources and we are outcome driven," he said.

The highest unemployment, poverty rates and child poverty in the country are in some of these provinces, along with low hourly wages. This is a permanent version of the Temporary Foreign Worker plan to benefit corporations. New Brunswick is already owned and operated by the Irvings - with the highest poverty/child poverty rates. How does adding more unemployed help anyone? Did several levels of government not claim that they couldn't make the huge influx of people personally rescued by the Liberals stay in specific areas because it violated their rights? How is this any better?