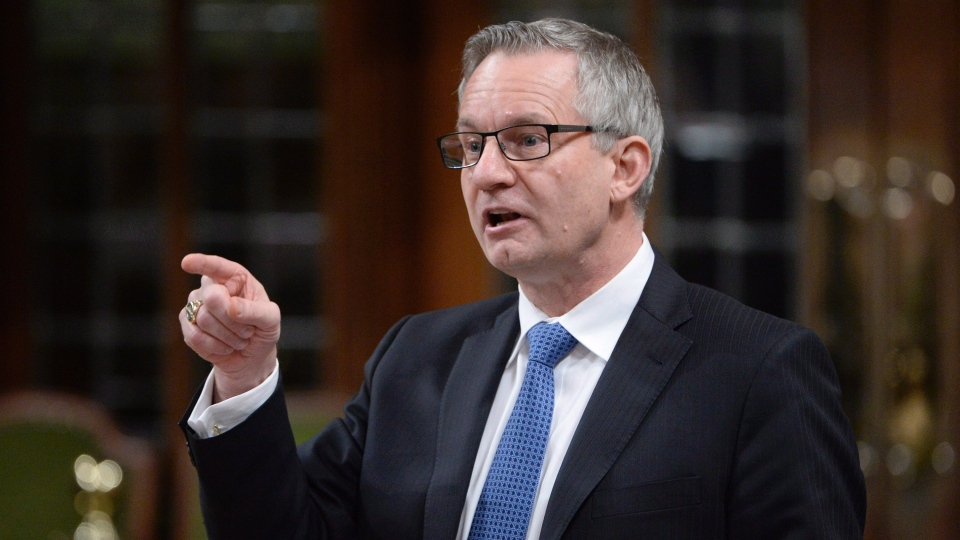 Former International Trade Minister Ed Fast during question period in the House of Commons on December 8, 2014. File photo by The Canadian Press.
Previous story
Next story

Britain’s decision to leave the European Union could jeopardize a massive free trade deal with Canada because it upsets a "fine balance" that took years to negotiate, says the Conservative politician who oversaw the painstaking talks.

In an interview with The Canadian Press, former Tory trade minister Ed Fast also took exception to what he sees as an overly optimistic timeline by International Trade Minister Chrystia Freeland that the deal can come into force next year. But he hopes she succeeds.

The European Commission says it is treating the Comprehensive Economic and Trade Agreement, or CETA, as a "mixed" agreement, which means that each of the EU’s countries must ratify the deal.

But the EU and Canada say only the European Parliament’s approval is needed for 90 per cent of the trade pact to take effect next year under what is known as provisional application.

Freeland has said Britain, a key ally in the long−running trade talks, has also assured Canada it will push for speedy ratification, notwithstanding its referendum decision to leave the 28−country EU.

"Despite the assurances Minister Freeland may have received from her UK counterpart, I think she is being hopelessly optimistic about the timelines about getting this agreement ratified," said Fast, who presided over four of the seven years of CETA’s negotiation.

"Having said that, I want to be clear: I fully support her efforts to have this agreement ratified in the short term, both on the EU side and the member−state side."

Fast said Britain was the single most important country in helping get the deal done.

"With the United Kingdom gone, the fine balance of outcomes that everyone settled on after years and years of negotiation has been upset," he said.

"There is a very real risk that balance will be upset because of Brexit."

Only a detailed study, he said, can determine whether Britain’s absence from the trade grouping undermines concessions Canada made in order to win greater access for goods and services in the larger EU bloc.

The Liberal government says that, notwithstanding the Brexit vote, Britain will likely find itself bound by CETA because it will take years to negotiate the UK’s formal departure from the EU.

"We don’t know how this is going to play out. There are going to be economic and political interests on both sides of the Brexit negotiations that are going to determine how and when CETA will be ratified."

Freeland continued to promote early ratification Friday during a conference call from the G20 trade ministers meeting in Shanghai.

"I do not possess a crystal ball when it comes to the politics of any country and that might apply most particularly to Europe right now, which in the wake of the Brexit vote is really sailing in some uncharted waters," she said.

That’s why the minister said she was going to continue to push the deal with several European ministers over the weekend in China, and next week in Europe itself.

After a meeting Friday with her EU counterpart, Cecilia Malmstrom, Freeland said she believed CETA had strong support across Europe’s political spectrum.

"We should be making it very clear to the United Kingdom that Canada wants to be at the front of the queue."

Fast disagrees with some fellow Conservatives, who have made positive statements about the so−called Brexit vote. He believes Britain’s decision to leave is harmful to Canada’s economic interests.