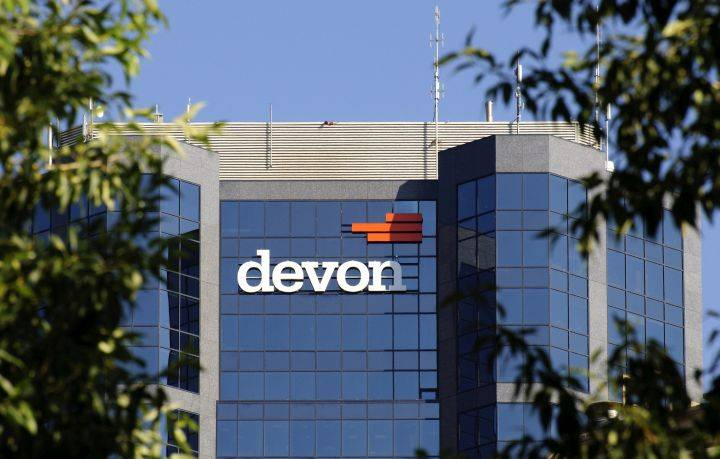 The $1.4−billion purchase of a stake in an Alberta oilsands pipeline is the latest deal in an ongoing garage sale of non−core assets by oil and gas producers struggling to survive.

On Thursday, privately held Wolf Midstream of Calgary announced it would buy a 50 per cent stake in the Access Pipeline from Oklahoma City−based Devon Energy with debt and $825 million provided by the Canada Pension Plan Investment Board.

The pipeline delivers diluted bitumen from Devon’s northern Alberta oilsands facilities to a transportation hub in Edmonton about 350 kilometres away.

Calgary−based oilsands producer MEG Energy, owner of the other half of Access, is also taking bids but said Thursday it hasn’t found a buyer yet.

Both firms say they are raising money to pay down debt as world benchmark oil prices remain at less than half of the US$107 per barrel they were at two years ago.

"When you’ve got commodity prices pulling back as they have, guys have less cash flow and so they’re under more pressure," said infrastructure analyst Dirk Lever of AltaCorp Capital, noting that producers must keep drilling to maintain oil and gas output.

Lever said the situation plays into the hands of midstream companies looking to build their portfolios of pipelines, oil and gas processing plants and storage facilities, making them attractive to entities like pension funds looking for investments with long−term, stable returns.

"They own the road. You pay a toll to go on the road," said Lever. "It doesn’t matter if it’s good times or bad times, the tolls are about the same."

Last week, Calgary−based Keyera announced it would pay $112 million to take an additional 35 per cent ownership stake in a gas plant it built last year in partnership with producer Bellatrix Exploration, boosting its ownership to 70 per cent.

"I think in the current environment there’s no question that producers are looking a little bit more at the possibility of selling facilities that so they can raise funds to put into drilling, which is their core business," said Keyera CEO David Smith. He said his company is actively looking to buy more midstream assets.

Wolf Midstream CEO Gord Salahor said the Access Pipeline purchase announced Thursday is his company’s first deal since winning CPPIB backing last year but it won’t be its last, adding that there’s a "window" of opportunity to buy from producers.

"We have a long−term mandate in this company to continue to grow, so we could see transactions maybe not quite this size but up to this size in the future," he said.

He said the company also has a mandate from CPPIB to build new midstream facilities in the future.

From the article: "On

From the article: "On Thursday, privately held Wolf Midstream of Calgary announced it would buy a 50 per cent stake in the Access Pipeline from Oklahoma City−based Devon Energy with debt and $825 million provided by the Canada Pension Plan Investment Board."

The CPP Investment Board is investing vast amounts of taxpayer funds in a dying industry that smart investors globally can't dump fast enough. It hasn't been profitable for some time, is the worst product around and has no chance of a long-term future. The industry has enjoyed massive taxpayer subsidies for years and despite promises to end this, Alberta has massively increased them, while Ottawa continues to send them billions. This "investment" of our CPP dollars looks like more of the same and along with never recouping this money, it will likely require regular infusions of our money to keep afloat. Should the Government that claims to be committed to below 1.5 degrees of planetary warming be spending our money propping up this industry? What about investing in better systems, like biomass, geothermal, etc.? With CPP being so inadequate even governments admit it, the retirement capital of millions needs to be invested wisely and many would even agree it is overdue to be invested ethically.

This purchase is another Epic Fail.