Companies should step up detection of pipeline leaks: AER 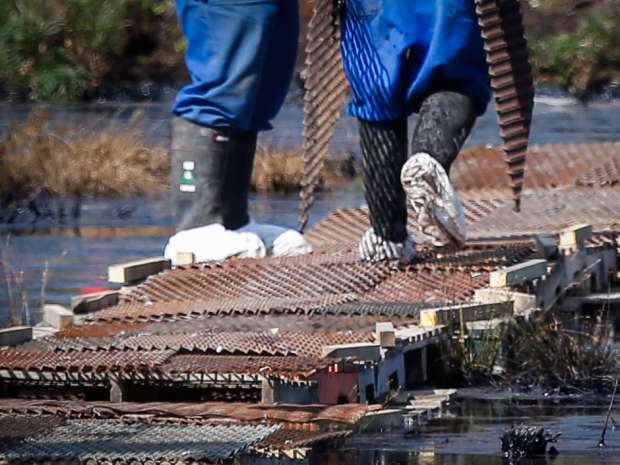 Workers wear protective clothing while trying to contain and clean up a pipeline spill at Nexen Energ's Long Lake facility near Fort McMurray, Alta., on July 22, 2015. File photo by The Canadian Press.
Previous story
Next story

The Alberta Energy Regulator is urging pipeline operators to do a better job of developing and maintaining programs to discover leaks after it examined nearly two dozen spills over the last three years.

The AER said Thursday that after reviewing 23 major spills on pipelines carrying mostly oil well effluent and produced water, it found poor training and a lack of monitoring led to delays in detecting leaks in about a third of cases.

In a bulletin, the regulator said in eight cases, staff were insufficiently trained or failed to detect leaks for several days, and in those cases it took on average 48 days for companies to respond and isolate the pipeline.

The AER said all personnel responsible for leak detection are required to be properly trained, and that competency testing and ongoing evaluations are vital.

The news comes only days after Nexen Energy released the findings of its investigation into a pipeline leak last July that spilled about five million litres of bitumen, sand and produced water southeast of Fort McMurray, Alta.

On Tuesday, Ron Bailey, Nexen Energy’s head of Canadian operations, said it took close to a month to discover the leak and that was due to a number of monitoring failures.

"The delay in discovery was primarily a result of shortcomings in the pipeline’s automation leak−detection system, and our ability to manage this system. This impacted our ability to respond to the rupture," said Bailey.

He said the AER had released the findings of its leak detection investigation following the recommendations of the provincial auditor general that it make more of its findings public.