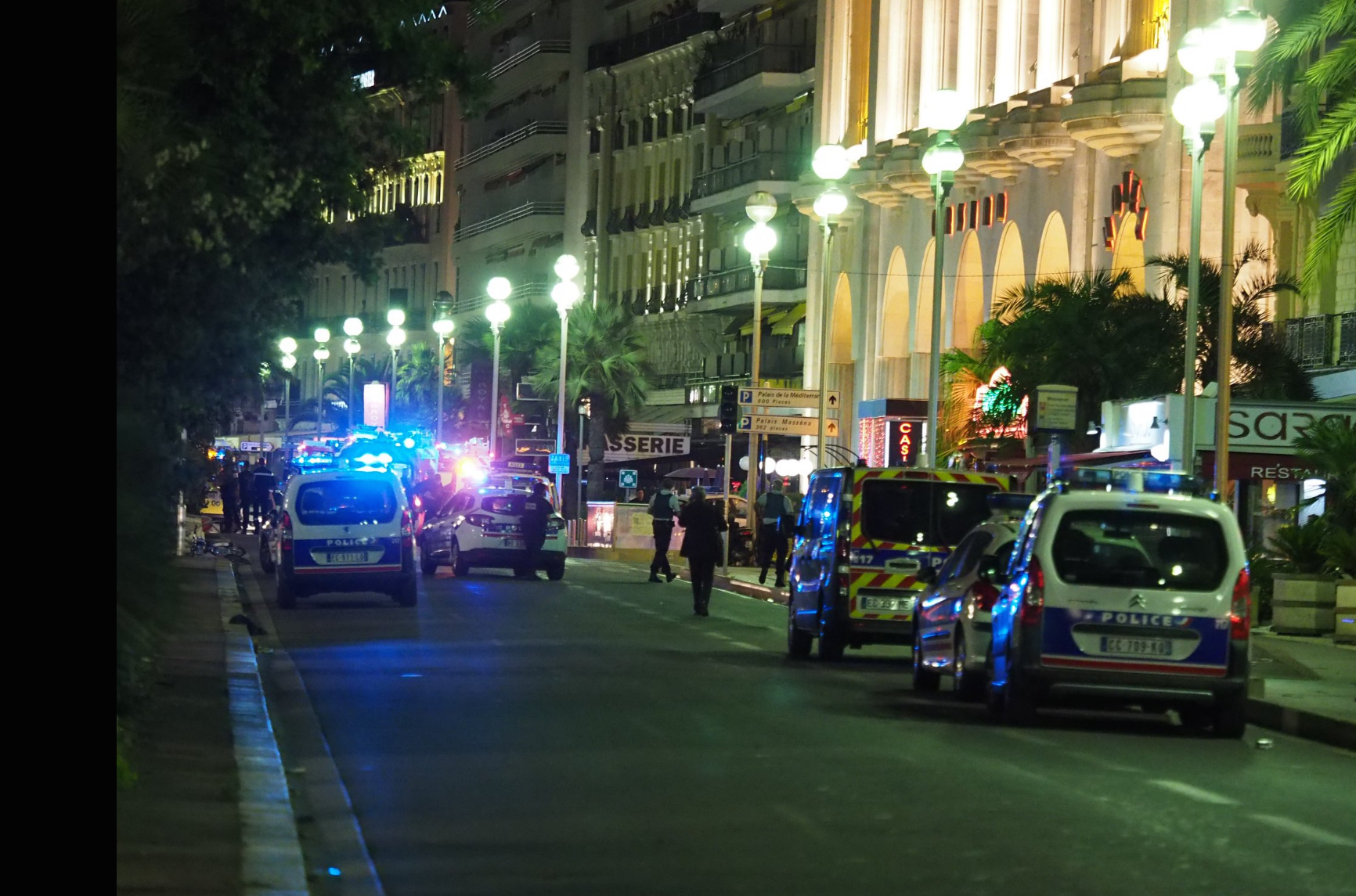 Attacks in Nice, France on July 14, 2016. Photo by the regional newspaper Nice Matin, posted on Twitter.
Previous story
Next story

At least 84 people were killed and 100 injured in the French city of Nice, when a truck ran into a crowd celebrating the Bastille Day national holiday on Thursday night, according to reports from Reuters and the Associated Press. France's Interior Ministry expects the death toll to rise.

The incident took place around 10:30 p.m. local time during a fireworks show on the Promenade des Anglais, a popular stretch of beach in the southern city.

French television channel BFM TV said the local prefecture was treating the incident as an attack and was asking people to stay at home. Later that night, President François Hollande announced that he would extend the state of emergency in place since the November 13, 2015 attacks in Paris. He also said that 10,000 soldiers patrolling the country's streets would continue to do so indefinitely and that 28,000 reservists would be called up as well.

The president of the Nice region Christian Estrosi informed that the truck used in this incident was loaded with arms and grenades. The driver, a Tunisian man who had been living in France for long as was known to police, was killed on site during an exchange of gunfire with police.

[View the story "Attack in Nice" on Storify]

Canadians are shocked by tonight's attack in Nice. Our sympathy is with the victims, and our solidarity with the French people.

Brussels, my sister and me

Leopard geckos are truly man's best They don't bark when the wind blows, they don't need a liter box, they don't scratch furniture, they only poop twice a week, they only need fed every other day at most, they sleep most of the time, and when they are awake they're adorable and just do their own thing and chill with Truly