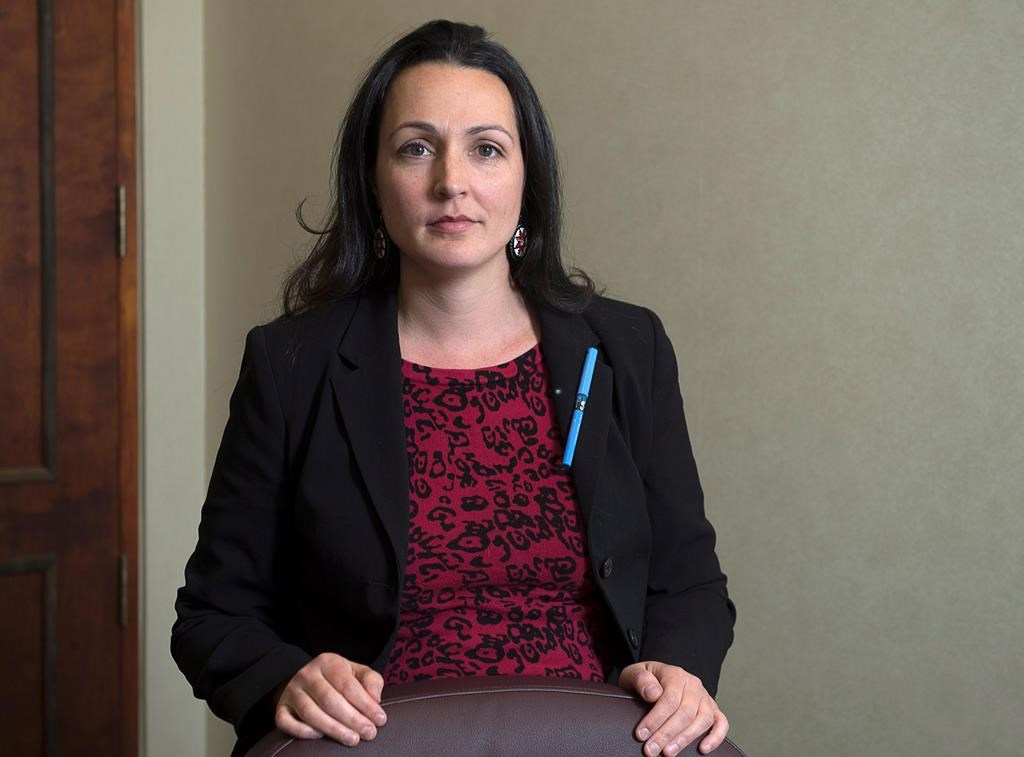 Chair of aboriginal law and policy at Dalhousie University Naiomi Metallic, is calling out "judiciary of whiteness" following the release of the study. Photo by The Canadian Press.
Previous story
Next story

A study showing a dearth of minority judges in Canada has advocates suggesting the country must seize a unique opportunity to increase racial diversity in a "judiciary of whiteness."

"After many years of saying this is an important issue, it's very disappointing to see how low the numbers are," said Naiomi Metallic, a 35-year-old Mi'kmaq woman who is the chair of aboriginal law and policy at Dalhousie University.

A May report in the online version of Policy Options magazine estimates just one per cent of Canada's 2,160 judges in the provincial superior and lower courts are aboriginal, while three per cent are racial minorities.

Andrew Griffith, a former director general of Citizenship and Multiculturalism and author of the article, says he's hopeful the Liberal government will follow up on promises of reforms, but he adds, "at the current level, there's an obvious gap."

His study was a laborious task of poring through hundreds of biographies to create a "reasonable picture" of judicial diversity, as neither the federal Office of the Commissioner for Federal Judicial Affairs nor most provinces keep statistics.

"It's a judiciary of whiteness," said Metallic, who is also a member of a Nova Scotia Bar Society committee trying to address racial issues in the profession, in an interview.

"Powerful institutions ought to reflect the societies they serve."

Last month, the Trudeau government included an aboriginal judge and an Asian Canadian among federal 15 appointments, and Justice Minister Jody Wilson-Raybould has made a general commitment to increase diversity in the judiciary.

But Metallic — who graduated from the Indigenous Blacks and Mi'kmaq program at Dalhousie University over a decade ago — said she and other advocates will be watching carefully over the next year, with more than 41 vacancies currently open among federally appointed positions, and about 40 provincial positions open across the country. There are also openings in the country's Federal Court and the Supreme Court of Canada.

Several provinces declined to provide estimates on the number of vacant judgeships.

Marilyn Poitras, a lawyer in Saskatoon who is Metis and a professor at the College of Law at the University of Saskatchewan, said having only two indigenous judges out of 101 judges in a province where 16 per cent of the population is aboriginal is unacceptable.

The country is losing out on the opportunity to gain from Indigenous perspectives on everything from sentencing to the factors that lead to crime, she said.

"When you start to incorporate Indigenous thinking into the justice model, you start talking a lot more about preventative measures and that's where we should be taking things," she said in an interview.

Both Poitras and Metallic point to a growing pool of minority graduates to draw from. For example, Dalhousie has graduated 175 black and aboriginal lawyers through a specialized program over the two decades — creating a pool of potential applicants for Nova Scotia's five upcoming positions.

Griffith found that in the lower courts — where the bulk of the child welfare and criminal justice cases are heard — there were only 52 visible minority judges and 19 indigenous judges among the 1,132 judges.

In Quebec, Griffith noted three visible minority judges out of more than 500, despite bar society figures showing over 1,800 of its roughly 25,000 lawyers identify themselves as being from visible minority groups. The province said it doesn't keep figures.

In Ontario, one of the few provinces where the judicial advisory body keeps figures on the lower court appointments, there were 24 visible minority judges out of 334 judges, even though one quarter of the province's overall population identifies as a visible minority.

And in Nova Scotia, where Metallic practises, there are four non-white lawyers who made it to the bench — two blacks, one person of Sri Lankan descent and a Chinese-Canadian — and two indigenous judges, out 99 judges.

Robert Wright, a black social worker, says the figures should be higher in a province where the criminal justice sees an over representation of black and aboriginal accused, and child welfare cases frequently require sensitivity to cultural difference.

Wright, who was a civilian representative on the province's judicial advisory committee, says black candidates were proposed in the past decade, but weren't chosen.

Then, in 2009 the province amended guidelines on appointments, calling for 15 years of minimum practice — which dramatically reduced the potential list of applicants.

Like Metallic, Wright is hoping for change over the next year.

"The core issues of today include unrepresented litigants, an over-representation of aboriginal and black accused, a recognition of historical racial discrimination in the courts. These things must be perceived as the most pressing issues in jurisprudence in Canada today," he said.

"Is the court we currently have tooled to address those issues? The answer that comes back is 'No.'"

Canadians not racist, but aboriginal issue invisible to many: Paul Martin