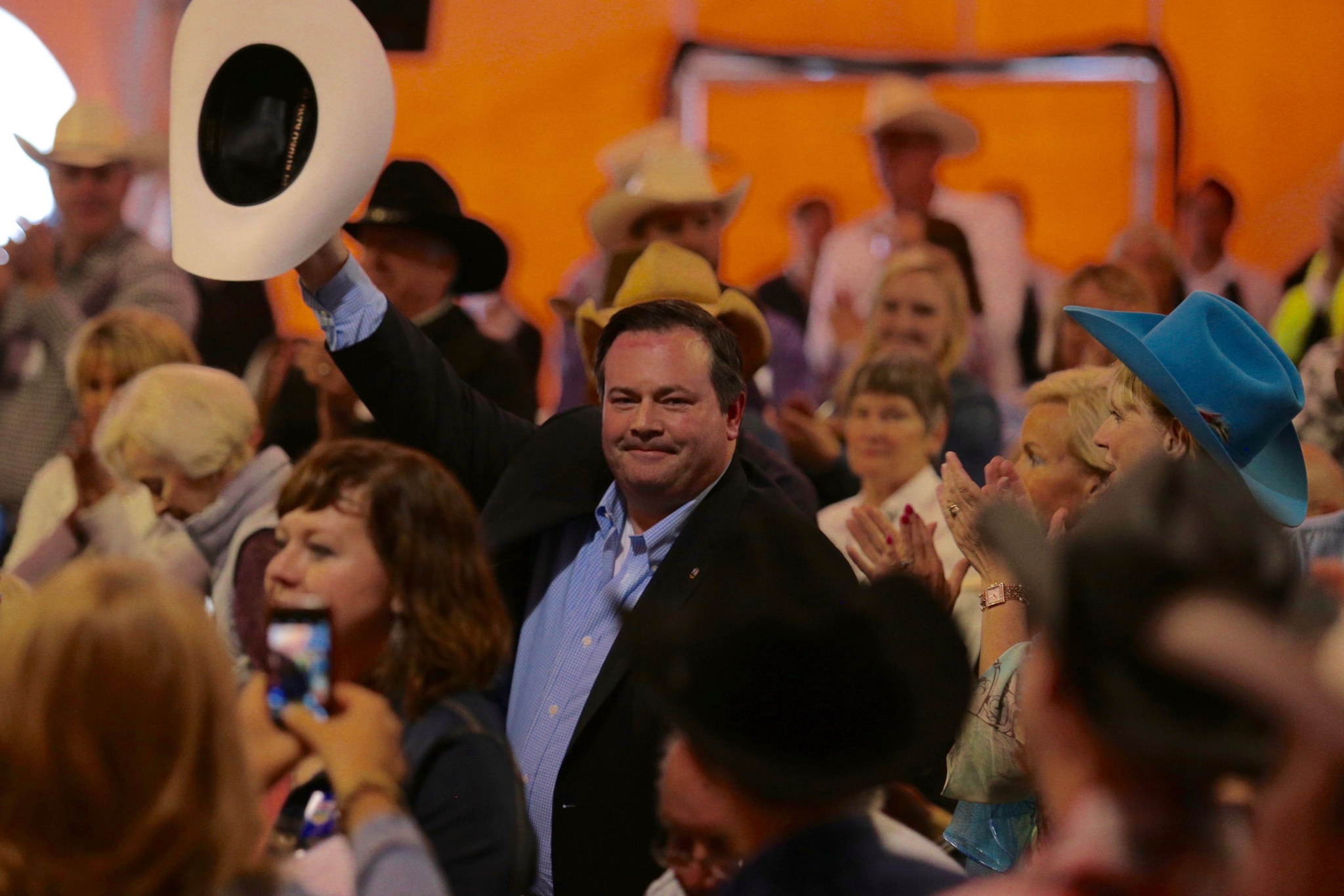 They say it’s job-killing, that it will raise electricity prices, that it kills the so-called “Alberta Advantage.” One Wildrose MLA even compared the province’s carbon tax to the Ukraine famine that killed millions of people in its potential for devastation, for which he apologized later.

Energy analysts at Calgary's Pembina Institute have launched a counteroffensive. They aim to dispel unsubstantiated claims in a series of FAQs published on their website. They’ve already published three, covering the impact on electricity prices, the renewable energy plan, and carbon pricing.

The controversy centres on the Alberta government’s Climate Leadership Implementation Act, or Bill 20, which brought into force the NDP government's carbon levy, pricing carbon at $20 per tonne in 2017, and raising it to $30 per tonne in 2018.

According to the Fraser Institute, a right-wing economic think-tank based in Vancouver, the “joyful consequences” of the carbon pricing plan will include 15,000 lost jobs, $4-billion in lost household income, a 0.5 per cent reduction in oil exports by 2018–19, and $250-million less in royalty revenues by 2020.

Alberta Progressive Conservative leadership hopeful Jason Kenney calls the plan a “tax on everything,” saying that it is “the perfect illustration of socialist ideology… a massive wealth distribution scheme requiring a massive bureaucracy to administer.”

Those kinds of statements are among the myths Pembina's analysts are targetting. But Pembina Electricity Program Director Ben Thibault said it takes more than a 140-character tweet to do it, making their job more difficult than posting misleading narratives on social media.

“These myths have proven effective in part because they lend themselves to simple messaging rather than a more nuanced understanding of what’s actually in the climate leadership plan,” Thibault said.

Without naming names, Thibault says some critics are using misinformation about Alberta’s climate change strategy to advance their political aims.

“They seem to be coming from either people who are ideologically opposed to the climate leadership plan or want to score political points on this as an issue. These are people that don’t seem to provide their own solutions,” Thibault said.

Of the claim that a carbon tax will raise electricity rates, Thibault said that there's no analysis that will result in that increase. He said people are "taking advantage of the complexity of how the electricity price is actually set" and that energy prices were already planned to go up.

“Dispelling that myth just involves pointing out that these electricity prices are unsustainably low, they can’t stay at this level.”

Director of Energy and Environment at the University of Calgary’s School of Public Policy Jennifer Winter said there are three basic branches of anti- carbon tax rhetoric.

“One component of it is that any tax increase is bad. So we shouldn’t have a carbon tax. Some of the other rhetoric is that Alberta is a small jurisdiction, so we shouldn’t do anything. And then the third form is that it’s a tax on everything or that it’s a hidden PST, or extremely detrimental to consumers.”

She said criticism coming from right-of-centre politicians aren’t based in sound policy, but in ideological opposition.

"Opposition for the sake of opposition"

And there is a fundamental distinction between the carbon levy and other taxes that its critics, who claim the levy is a “tax on everything,” often misunderstand.

Under the new law, money raised from the carbon levy doesn’t go into state coffers like, say, income tax does for general government spending.

Money raised from the carbon levy is mandated to fund investments that have the potential to lower greenhouse gas emissions, or help Albertans, First Nations, and those who work in the coal industry, transition to a cleaner economy.

Government estimates the levy will generate $9.6-billion over the next five years. Around two-thirds of those revenues will support job growth and creation, while funding green infrastructure construction.

Winter has her own criticisms of the carbon tax, but says that most of the opponents aren’t making a substantive case against it. She calls it “opposition for the sake of opposition.”

“I would feel a lot better about the criticisms if it was something on the order of ‘the government should make the carbon tax revenue neutral so that all Albertans are compensated, not just lower-income Albertans.’ But that’s not what’s happening,” Winter said. “It’s just attacking the carbon tax for being a carbon tax, potentially because a left-leaning government is legislating it.”

“The key of it is that the purpose really clearly is to move us toward a more competitive economy that has lower emissions and is able to have prosperity in the province without the contribution to climate change that we currently have.”

Jason Kenney and other anti-carbon taxers often allow for one climate action proposal - to invest in “innovation in environmental technology.”

But the government's climate plan also aims to accomplish that objective. And, sensing the changing winds, industry is already shifting.

Suncor recently announced that they intend to maintain their current GHG emissions until 2030 while expanding their operations in the oilsands. They say they can do this by cutting emissions by 30 per cent per barrel through the use of renewable electricity and co-generation.

The company budgets around $200-million per year in research and development. Much of that funding goes toward developing cleaner means of oil extraction.

“If you accept the premise that there will continue to be a need for responsibly developed oil, I think you would acknowledge that this is a sincere attempt to respond to that need, Suncor General Manager of Sustainability Fiona Jones posted on the company’s webpage.

The counter-offensive also comes as the Alberta has announced it's going to court to challenge a loophole - known as the "Enron clause" - which allows power companies to cancel agreements to purchase electricity if government actions make them unprofitable. Four companies have already announced plans to cancel these agreements due to the impact of the new provincial climate plan which they estimate would drive up the cost of coal-fired electricity.

The government said that the loophole, adopted in 2000, was inspired by lobbying from Enron, the American energy company that later went bankrupt following a scandal involving misleading audit practices.

Enmax, TransCanada, AltaGas and Capital Power all said they would withdraw from their contracts, using the "Enron clause" in order to transfer their contracts back to the government. The government said that its legal action was meant to prevent companies from passing on costs to consumers.

The Alberta government, which was criticized for failing to anticipate this problem when it introduced its new climate change policies, plans to phase-out coal-fired electricity production by 2030.

Meantime, for the Pembina Institute, while it isn’t targeting anyone in particular with the FAQs, Thibault said the think tank is trying to combat misinformation that prevents people from understanding the effects of Alberta’s Climate Leadership Plan.

“Whether that’s the carbon levy or the coal phase-out or the renewable energy program, there were indications that some of the things people were raising indicated that they didn’t fully understand it or that they may have had some misinformation that was leading them to conclusions that were not accurate,” Thibault said.

For example, Wildrose Party Leader Brian Jean said in April that Alberta families could expect to pay around $1,000 more per year when the government implements the levy in 2017.

But, according to Pembina, “the claims of it costing families larger amounts are false and are based on ignoring the impact rebates and incorrect applications of studies and data that do not apply to Alberta.”

When she detailed her government’s legislation in May, Environment Minister Shannon Phillips said lower-income users would wind up coming out ahead, given that the average carbon rebate recipient would receive more than they will pay toward the carbon levy. The government estimates the carbon levy will cost the average household $338 in 2017, while most families will collect $360 in rebates.

The University of Calgary's Jennifer Winter said that, based on her own calculations, the carbon tax will cost the average family around $500 per year, with lower-income families breaking even after rebates. The revenue from the carbon levy not spent on green infrastructure or job creation, $3.4-billion, will fund support for Albertans during the “energy transition the world is undergoing.” That means funding for consumer rebates and support for small businesses and indigenous communities, while helping coal-producing communities transition during the province’s planned coal phase-out by 2030.

Thibault said another major driver of misinformation in the province is the coal industry, who are hoping to are hoping to salvage an industry “quite clearly on the wane.”

“I get the sense that that’s what’s happening here. Carbon constraints just don’t work with coal as a fuel source,” he said.

Thibault thinks those in opposition don’t offer sound alternatives, and said that anybody who wants to oppose the carbon tax in the future should come up with some if they want to stay relevant.

Winter agreed, citing the potential for a nationwide carbon tax as a reason not to wholly oppose carbon pricing in the future.

“Canada is moving towards that, I feel like any politician that is opposing a carbon tax or a cap and trade system is really going to be left behind, looking like a bit of a policy dinosaur,” Winter said.

By Chris Adams | News, Energy | June 2nd 2016
Reports from the Race to a Safer World