Heat rose as Berners and Trumpers protested outside the DNC. Here's what they had to say. 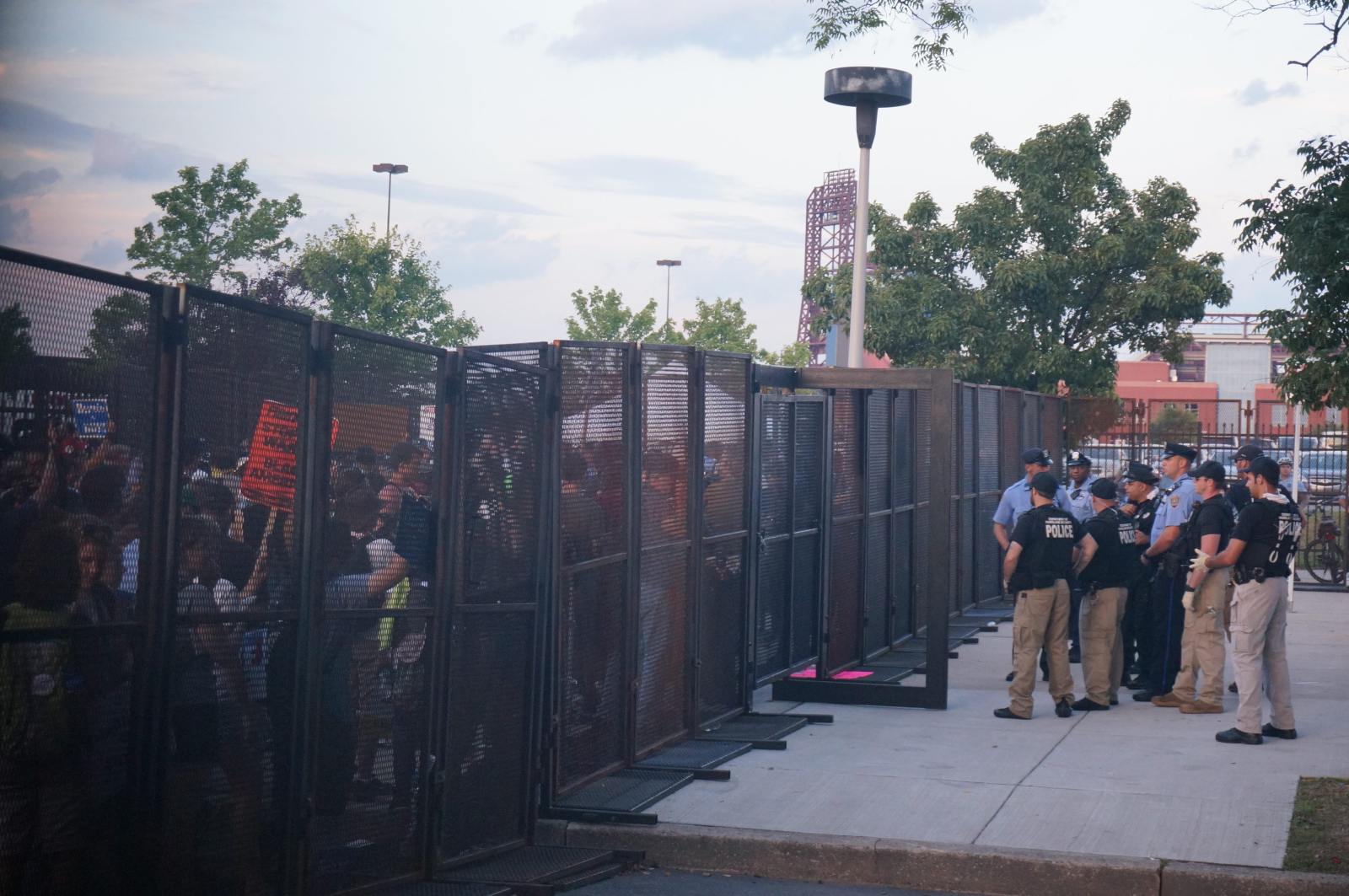 The protests outside the Democratic National Convention 2016 in Philadelphia this week started off slowly and heated up along with the weather in the afternoon. The first activist that fellow reporter Eli Krag and I encountered was Jane, who was a wholehearted Donald Trump supporter.

Our first stop upon reaching the protest ground at FDR park was to check in on Tom, who I had spoken with yesterday, to see what his thoughts were on Bernie Sanders' nomination of Hillary Clinton. He was disappointed. When asked to what extent his fears of a Clinton presidency were alleviated by the newly adopted Democratic platform, which was said to be the most progressive in history, he made it clear that to earn his support Clinton would have to adopt Sanders' agenda in its entirety.

As with most DNC protestors I spoke with, the problem with Clinton seemed to be more the personality than the program. As people trickled onto the scene, protests began in earnest. The vast majority of participants remained pro-Sanders, and hopeful, given the possibility for a delegate flip (in which the majority of the 716 super-delegates, most of whom were pledged to Clinton, would at the last minute cast their vote for Sanders).

Once again, the action held a wide variety of characters.

The day started in earnest with the roll-call being televised on on the grandstand set up in the park. State by state, the final delegate counts were listed off. There were cheers for each of Sanders delegate counts and boos for Clinton's, but as the states wore on it became clear that no delegate flip had occurred, and Hillary Clinton was going to be the next Democratic nominee for president.

With this realization, many people began walking dejectedly towards the subway station across Broad Street from FDR park (The one where, as reported in my previous article, protestors clashed with police on Monday).

When most of the crowd had arrived, the threat of a confrontation with police became apparent.

After roughly a kilometer, the Sanders' supporters march ran head-on into a Black Lives Matter march. As the two combined police began herding the chaos back towards FDR park.

As the protest(s) headed back towards FDR park, chants of "Black Lives Matter" contested the airspace with the Sanders supporters newfound slogan "Jill not Hill" (Jill Stein is the presumed Green Party candidate this election, who happened to have just arrived at the demonstration, looking to gain support from newly disenfranchised Sanders supporters. 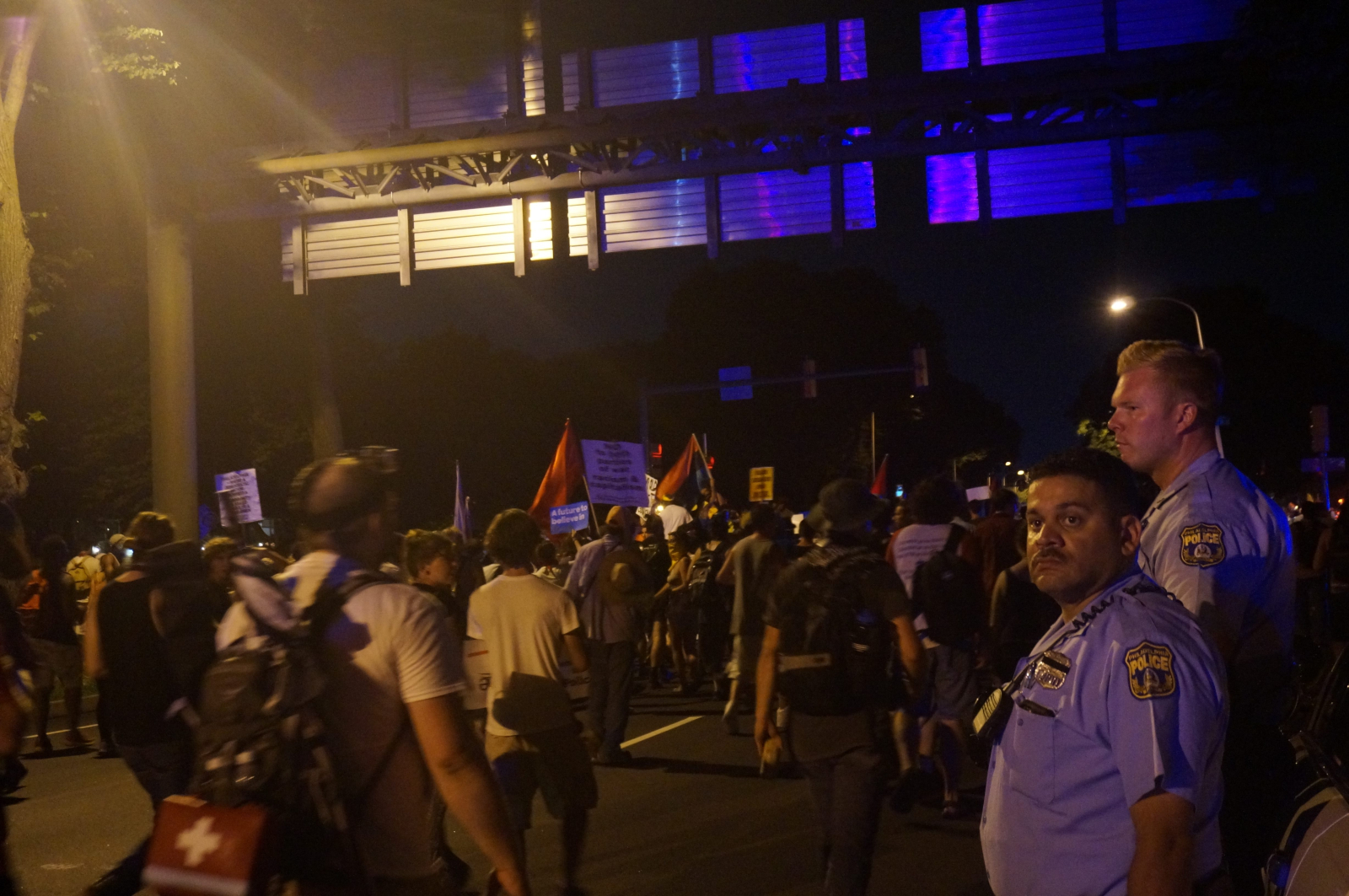 After a speech by Jill Stein at the entrance of FDR park the crowd once again began walking down Broad Street towards city hall. This time, however, they came to a stop in front of the entrance to the convention parking area, where state police in full riot gear faced them off.

After some time, the standoff cooled down and protestors began to disperse, with promises to reconvene on Wednesday.