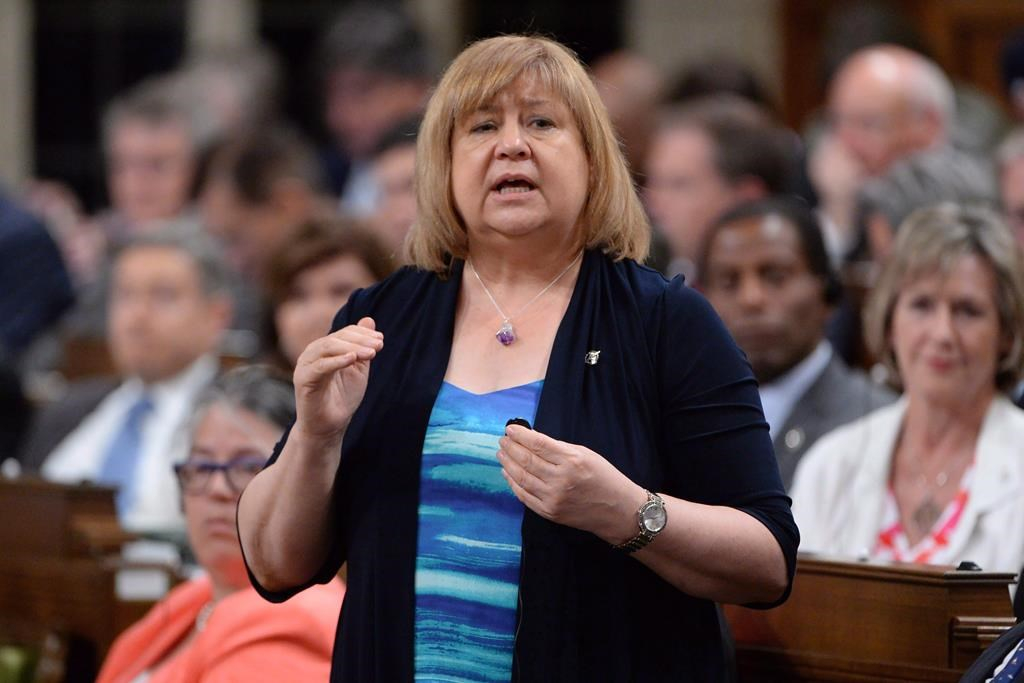 Labour Minister MaryAnn Mihychuk speaks in the House of Commons on Parliament Hill on June 14, 2016. File photo by The Canadian Press.
Previous story
Next story

The federal government would prefer a proactive approach to ensuring that men and women get equal pay for work of equal value, a newly released memo suggests, but officials expressed some caution over how much it could accomplish.

"The proactive approach is generally considered to be more effective at addressing systemic wage discrimination," said a backgrounder on pay equity legislation provided to Labour Minister MaryAnn Mihychuk on Feb. 1.

"It is less adversarial than a complaints−based approach, with the focus being on assisting employers to comply with the law rather than placing the burden on a complainant to build a case of discrimination," said the memo from the deputy minister.

"However, a proactive approach can only bring about minor change unless compliance levels are high."

The Canadian Press obtained the document through access−to−information legislation.

The document was prepared ahead of an NDP motion that called on the House of Commons to strike a special committee on pay equity to come up with a plan to adopt a proactive pay equity regime, rather than leaving individual women who believe they are being treated unfairly to file complaints.

The motion passed with support from the Liberals and the committee released its report in June.

The report recommended doing away with the controversial Public Sector Equitable Compensation Act brought in by the previous Conservative government.

It also called on the government draft proactive pay equity legislation within 18 months — with the NDP asking for it by the end of this year.

It also urged the government to accept the overall direction — and majority of recommendations — from the 2004 report of the federal Pay Equity Task Force.

Neither Mihychuk nor anyone from the Department of Employment and Social Development was available Monday for an interview.

In an emailed statement, departmental spokesman Josh Bueckert pointed to what the minister said during her May 3 appearance before the committee: "Our government’s goal is to stop this discrimination related to the undervaluation of work traditionally performed by women."

As for how it plans to do that, the statement said the government will table a comprehensive response to the committee report by Oct. 7.

The briefing note mentions that employers can be taken to task by the Canadian Human Rights Commission without employees or their unions having to file a complaint.

"If an inspector has reasonable grounds to believe that there is gender−based wage discrimination in an establishment, he or she may notify the commission, which can then initiate an investigation. However, there are no known cases of this occurring," it said.

Barbara Byers, secretary−treasurer of the Canadian Labour Congress, said that should not deter the government from taking a proactive approach.

"Human rights commissions don’t necessarily go out and look for that work, because they’ve got other things they are dealing with as well and they are already understaffed for that," said Byers.

"If complaint−based was going to work, then quite frankly it would have worked by now," she said.

"This is a policy that they can bring in which actually puts some action to their words on gender equality," said Malcolmson, the status of women critic for her party.

"If they don’t leave a legislative record like this, they will have failed in their commitment around this being the gender parity Parliament," she said.

"Where there was the most success in getting equitable pay, it was legislated," she said.

'I think it matters': Kim Campbell being the first and only female PM in Canada