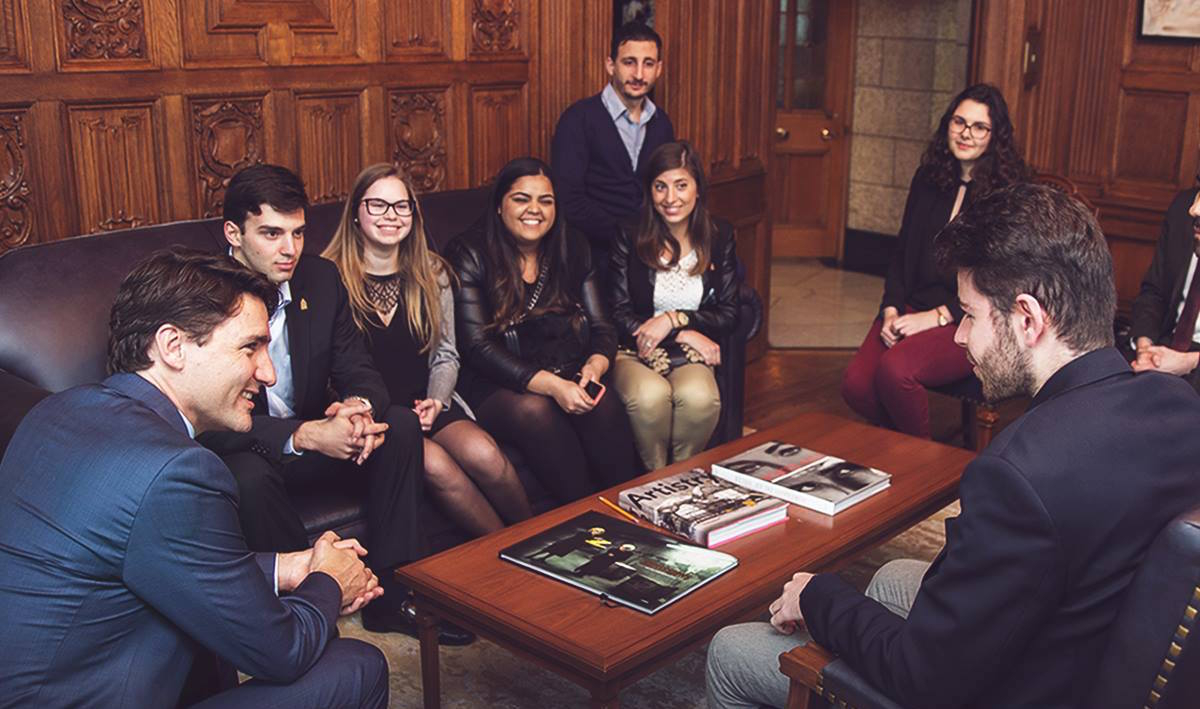 Newly released figures show that more than 8,400 young Canadians have applied to sit on a youth advisory board that will meet regularly with Prime Minister Justin Trudeau.

There were 8,415 applicants to be on Trudeau’s youth council, according to data provided to The Canadian Press. A further 22,027 started the application process, but had yet to finish it before Friday’s deadline.

While only 30 will eventually be council to the prime minister, four−fifths of applicants said they were willing to share their thoughts with federal departments and agencies as part of a government push to create similar boards for other ministries.

It’s at once a shrewd political and policy development move for the government, says David Coletto of Abacus Research, who has conducted research on the views of young voters during last year’s election.

Political, he says, because it’s a way for the Liberals to keep the young voters they won over in the last election in the fold for the next trip to the ballot box in 2019.

On policy development, Coletto says it’s a way for departments to bounce ideas off a focus group of interested Canadians, rather than passively posting a survey online and hoping people fill it out.

The data on the applicants show that 44.6 per cent — the largest cohort — come from Ontario, followed by Quebec, B.C. and Alberta. The majority, 78.3 per cent, live in urban communities, and more than half are women.

The data show that of the people who have applied, almost half have a university education and grade averages of more than 86 per cent. Most worked their way through school, and two−fifths experienced mental health issues or financial stress at home.

Trudeau spokesman Cameron Ahmad said the government had no set expectations for the demographics of applicants, but were simply looking for a variety of life experiences to make up the advisory board and create a space for youth to get involved federally at the highest levels of government.

Applicants who aren’t selected for Trudeau’s council will be matched with other departments and agencies based on their interests.

The applicants are more interested in human rights and social justice than policies about infrastructure, families and social programs, which lay at the heart of the Liberals’ election platform. There is an interest in jobs and the economy, but a larger focus on health and mental health as well as the environment.

Coletto said the results aren’t all that surprising because the issues they are interested in are among those young people in general are passionate about.

"It’s not surprising that arts and culture beats out farming and food," he said of the results.

"Farming and food is critical to all of our lives — we need to eat — but is it something that I’m going to want to actually admit I’m interested in? That’s probably not the case."

By Terry Pedwell | News, Politics | July 19th 2016
Reports from the Race to a Safer World

Not much time left to change Canada’s voting system