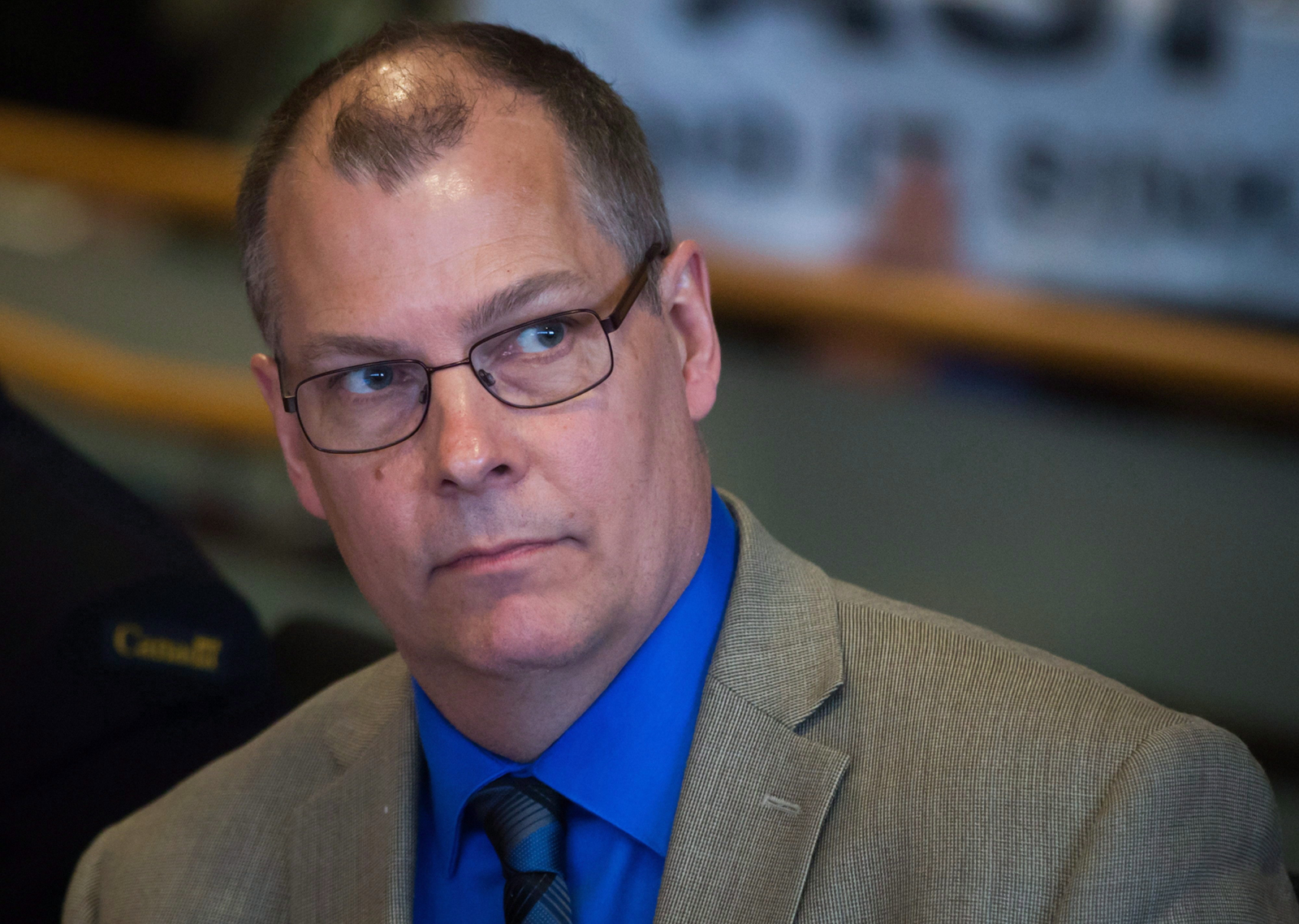 The National Energy Board has rejected a dramatic request to suspend its hearings into the proposed Energy East pipeline, but has recognized the need to formally review the conduct of its senior management.

In a new letter made public on Friday, the NEB said it will “consider” the legal notice as a formal motion. The NEB said Energy East hearings will continue next week as planned but left open the prospect of altering "future panel sessions."

The original legal notice, sent on Thursday by lawyer Dominique Neuman on behalf of two Quebec advocacy groups, made seven demands including a reassignment of panelists reviewing TransCanada’s project pending an investigation into their private meetings with stakeholders. The letter also requested that the NEB suspend the hearings and temporarily reassign senior management, including the NEB’s chair and chief executive Peter Watson, while the investigation takes place.

“The Board will consider this as a motion and will provide information for next steps in the near future,” said the NEB in a response letter signed by its secretary, Sheri Young, on Friday.

“However, in their fourth request, the Petitioners ask that the Panel Sessions and other hearing steps be adjourned until new members have been appointed. Given that the Fredericton session is scheduled to begin this coming Monday, the Board has determined that it will continue with the Panel Session scheduled for 15-16 August 2016.”

The letter also indicated that future hearings scheduled in other cities may be disrupted. The motion was based on evidence uncovered last week by National Observer about private meetings between panelists and other senior NEB officials with stakeholders, including former Quebec premier Jean Charest, business leaders, mayors and at least one environmental group. At the meetings, the participants discussed the Energy East project, even though the NEB rules prohibit any private discussions of matters before the board.

“Information regarding future Panel Sessions will be provided when the Board determines the next steps relating to this motion,” wrote Young in the letter.

André Belisle, president of the Association québécoise de lutte contre la pollution atmosphérique (AQPLA), one of two groups behind the demands, said the letter confirms that the NEB is taking the request seriously.

“They acted against the rules and now we’ll see where they will go,” said Bélisle in an interview on Friday. “Now it’s up to the (natural resources) minister (Jim) Carr who must ensure the law is respected.”

The National Energy Board has not responded to a request for comment on the developments. Under Canadian law, the pipeline regulator has full powers of a federal court and as a result, it must ensure all of its proceedings are fair and transparent without any appearance of bias.

The Energy East project, proposed by Calgary-based TransCanada Corp., is considered to be the largest ever pipeline proposed in Canada. The 4,500 kilometre pipeline would ship up to 1.1 million barrels of oil per day between Alberta and New Brunswick.

Oil companies strongly support the project, explaining it will lead to jobs and growth in the oil and gas industry. Environmentalists, First Nations leaders and some mayors along the route are fiercely opposed, warning that it could lead to devastating spills while putting Canada’s climate change goals out of reach.

All senior Members of the

All senior Members of the Board should have recused themselves from the vote - and senior management giving them advice should have also not been involved in making the decision.
The entire Board must be replaced. They are all painted with the same brush, regardless of their participation and/or knowledge. They are all inculcated with the deceptive and deviant, corporately captured, mentality which will perpetuate and sustain the Board's lack of independence.
A non-partisan tribunal unrelated to the industry must investigate these and related actions by NEB Members and staff, and choose a new Board reflective of the transparency, respect, independence and ability to deliberate and decide without bias, that all Canadians expect and deserve.
In the interim, ALL deliberations and Hearings must be suspended pending the completed investigation and naming of a new Board.