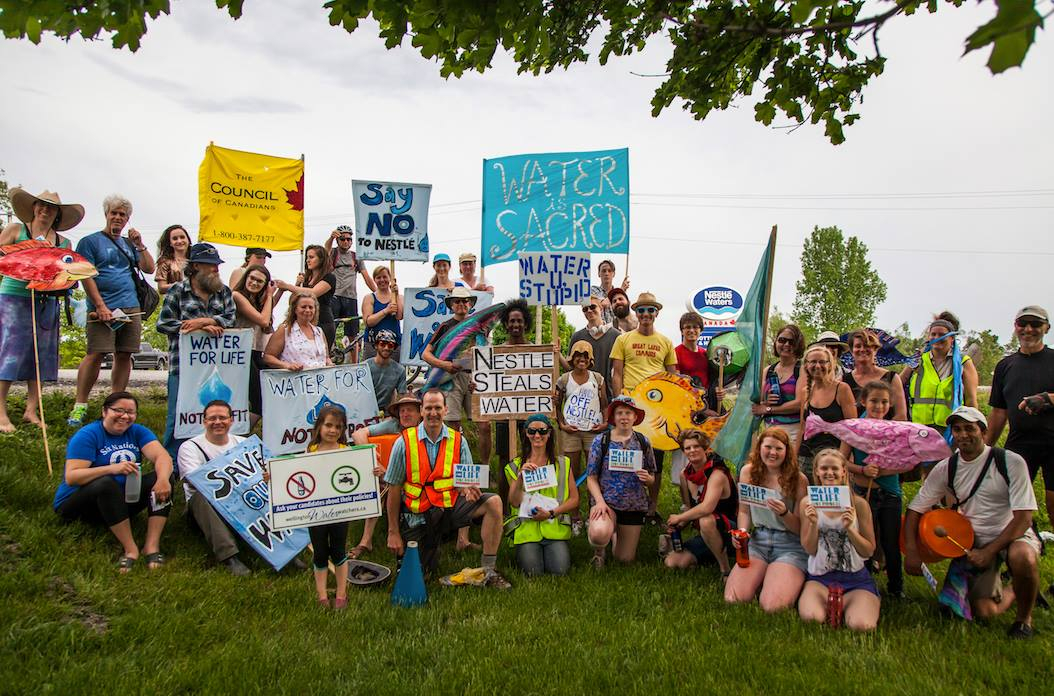 Environmentalists are urging the Ontario government against renewing one of Nestle's water-taking permits in a southwestern Ontario town, saying "water should be for life, not for profit."

Wellington Water Watchers says the permit for Nestle Waters in Aberfoyle, Ont., expired on July 31, but the company has been allowed to keep extracting water from a local well even in the midst of a severe drought.

The group says the Ministry of Environment did not post Nestle's renewal application for the usual 30 days of public comment, and instead granted the company an automatic extension without consulting people who live in the area.

But the ministry says a water-taking permit remains in force if a renewal application is made at least 90 days before it expires, and it plans to post Nestle's application for comment once the supporting documents have been reviewed.

Nestle Waters Canada says it's committed to "a continued engagement with the community" while it waits for the decision on its renewal application in Aberfoyle, where it operates a water-bottling plant.

"The continuation of this permit allows for thorough public consultation on the Ontario Environmental Registry, and provides (the ministry) time to conduct, review and report on the public commentary before a decision on the permit renewal application is made," the company said in a statement.

Ontario charges companies just $3.71 for every million litres of water, after they pay a permit fee of $750 for low- or medium-risk water takings, or $3,000 for those considered a high risk to cause an adverse environmental impact.

Former environmental commissioner Ellen Schwartzel took the Liberals to task in her annual report for not acting on recommendations to raise the amount it charges to take large amounts of water, which she called " a drop in the bucket."

Schwartzel pointed out even the ministry conceded that the $3.71 per-million-litre charge recovers only about 1.2 per cent of the government's total water-quantity management costs

The ministry lists about 6,000 water-taking permits on its website, which can be difficult to navigate, with multiple permits issued to many companies, often for similar time periods but with different expiry dates. An interactive online map that shows all of the permit locations is a sea of overlapping blue dots in the southern half of Ontario.

The permits allow municipalities, mining companies and golf courses — in addition to the water-bottlers — to take a total of 1.4 trillion litres out of Ontario's surface and ground water supplies every day.

Farmers don't pay fees to take water for agricultural purposes — they take less than 0.5 per cent of water removed — and their exemption does not apply to food processing, beverage manufacturing, wine-making or water-bottling

In Ottawa a million litres