Is he still here? Harper to resign his seat by next week at the latest, says report 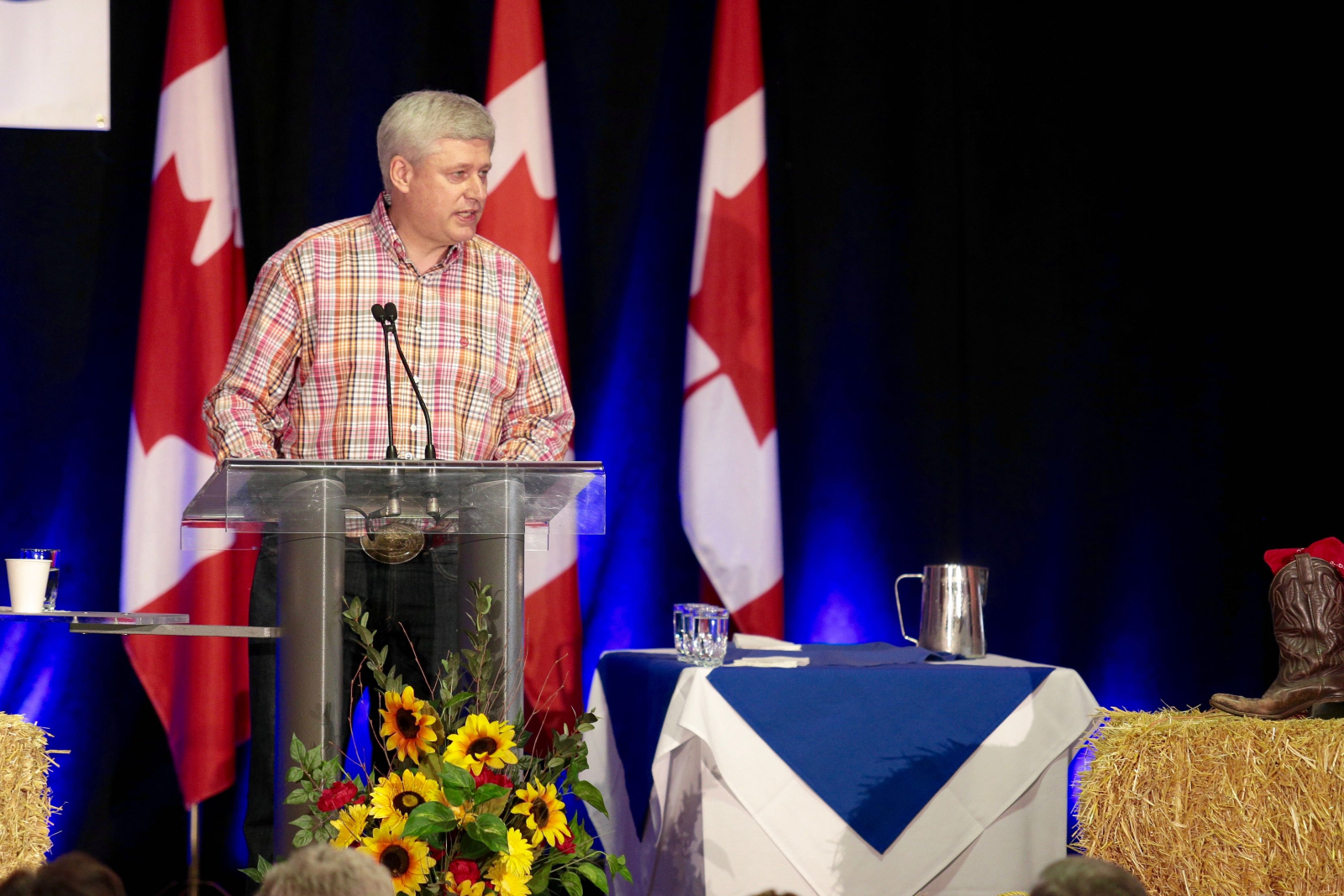 Many expected Harper would announce his resignation during a speech at his riding's annual Calgary Stampede fundraiser on July 9, 2016. Photo by Louie Villanueva.
Previous story
Next story

It looks like the end for Stephen Harper, the federal politician.

The Huffington Post reports that former prime minister Stephen Harper will resign from parliament as early as this week, next week at the latest.

Harper, the former leader of the Conservative Party, currently serves as the member of Parliament for Calgary Heritage. He presided over the Conservatives’ nine-years in government, and resigned his leadership to current Interim Leader Rona Ambrose the Liberal Party of Canada won a majority government last October.

Multiple outlets have reported on his departure from federal politics since late last year, and Harper has made few public appearances since losing power. His most recent were a brief address made at the Calgary Stampede, which included an endorsement of former Defence Minister Jason Kenney’s bid for Alberta’s Progressive Conservative party.

At the $200 per-plate Stampede event, Harper said his party isn't one kept afloat "by union money, by corporate donations, media hype, or extensive taxpayer subsidies.” The event contrasted with Harper's last annual visit to Stampede when he was still prime minister, preparing to plunge Canada into a marathon election campaign.

According to the Huffington Post, Harper set up a new consulting firm, Harper and Associates Consulting, that has met with potential clients in the United States and the Middle East. HuffPo also reports that he is expected to announce involvement with an undisclosed law firm, serving as an advisor.

Harper would be eligible to collect an MP pension of $127,000 per year once he resigns, and $58,000 more once his prime ministerial allowance kicks in after he turns 67. The Harper government’s changes to the MP pension plan will personally cost him between $1.8-million and $2.2-million.