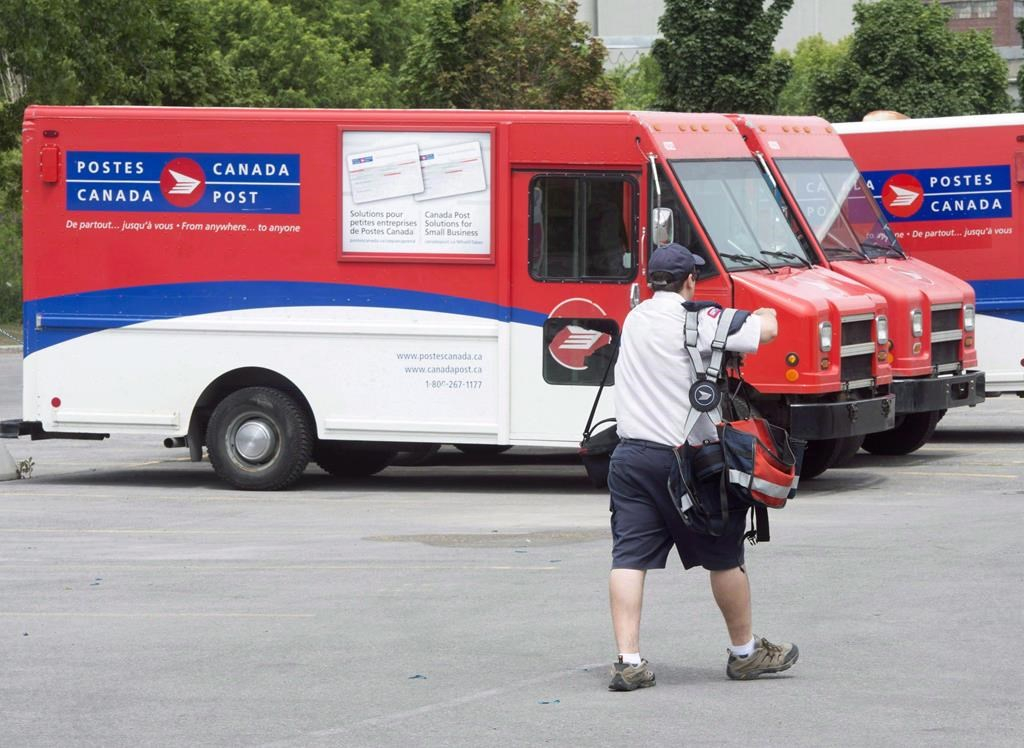 A Canada Post worker in an undated image. File photo by The Canadian Press.
Previous story

But it was not immediately clear whether the action would result in a disruption of mail and parcel deliveries, something that — if it does happen — could come as early as next week.

The Canadian Union of Postal Workers said the notice, delivered to management just hours before a strike mandate was set to expire, "listed anticipated job actions" but stopped short of a full-blown walkout.

The union hasn't said exactly what actions it was planning.

The notice puts postal carriers in a legal strike position by Aug. 28.

In a statement, CUPW national president Mike Palecek said Canada Post forced the union's hand by refusing to accept a request from the federal labour minister to continue negotiations under a 24-hour deadline extension with the help of a special mediator.

"This was an eleventh-hour intervention from the government to avoid a dispute and of course we said, 'Yes,'" said Palecek.

"From the outset, our goal has been a negotiated collective agreement without service disruptions. Unfortunately, the same cannot be said for Canada Post, whose president and CEO Deepak Chopra refused the minister's request."

But a spokesman for the agency said that was not the case.

"Canada Post will fully co-operate in the (mediation) process," Jon Hamilton said in an email.

"We hope that the assistance of a neutral third party will help both parties address the real challenges facing the postal service caused by declining mail volumes and increasing pension obligations."

The union's strike mandate was set to expire at midnight.

Had it expired, Canada Post employees would likely have had to vote to approve another mandate, a costly process that could take up to two months to complete.

CUPW had asked the agency to allow an extension of the mandate, a request that was refused as "inappropriate."

The two sides had been in sometimes bitter negotiations for more than nine months but were still far apart on key issues, including pay equity for rural carriers and proposed changes to the Canada Post pension plan, despite days of intensive talks that carried through last weekend.

CUPW offered a glimmer of hope Thursday that a strike could be averted, saying it's still prepared to talk.

"We are still willing to withdraw our notice if Canada Post agrees to an extension," said Palecek.

The Crown corporation also has the option to lock out workers.

A pay equity issue pitting rural and urban carriers against each other and a proposed move from a defined benefit pension plan to a defined contribution plan for new employees are the main stumbling blocks in the dispute.

Other issues revolve around part-time and temporary work, staffing improvements and the possible closure of nearly 500 retail postal outlets that could result in the elimination of up to 1,200 full-time jobs that are currently protected.