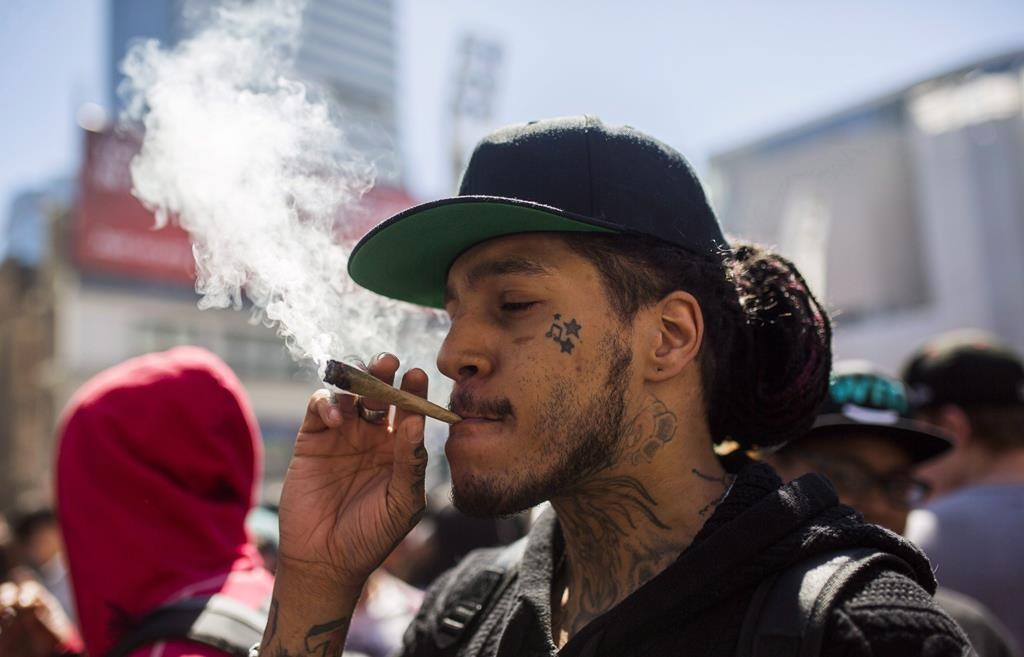 The Canadian Medical Association says 72 per cent of doctors who responded to a survey it conducted want the federal government to regulate THC levels in recreational marijuana.

A total of 788 doctors, or 19 per cent of those who received the online survey, responded to it earlier this summer, the group's annual meeting heard Wednesday.

Dr. Jeff Blackmer, vice-president of medical professionalism at the association, said the survey was based on federal Health Minister Jane Philpott's request for feedback from physicians.

"We really want to take a public health view to this and represent the views of physicians the same way we would on other issues, for example, smoking or alcohol use," he told the meeting.

"It's not to say that we do or don't support legalization, it's to say if it is legalized, here's what we think that should look like."

THC is the main psychoactive ingredient in marijuana.

Blackmer said doctors who responded to the survey were split on whether the government should combine recreational and medicinal marijuana regimes or deal with them as separate issues as part of legislation that is set to be introduced next spring.

Over 57 per cent of survey respondents said they did not want medical marijuana to be sold in health-care settings, such as pharmacies.

"The feeling was that that would send the wrong message, that in fact recreational marijuana was somehow equated with other types of pharmaceutical products," Blackmer said.

Forty-seven per cent of respondents said pot should be distributed in non-health care settings, such as liquor stores, where there would be regulatory controls on who could buy it, along with requirements for identification.

In British Columbia, the B.C. Government and Service Employees’ Union and the B.C. Private Liquor Store Association have joined forces to advocate for the right to sell recreational cannabis through public and private liquor stores.

Doctors responding to the survey were also divided on whether people with medical exemptions could grow their own marijuana.

However, a new law that came into effect on Wednesday allows users with a medical exemption to grow a limited amount of the plant or have someone else cultivate it for them.

Nearly 87 per cent of physicians who took part in the survey said they need updated research on the harms of cannabis.

The association, which represents 83,000 physicians across the country, said it will meet with a federal task force considering recommendations involving marijuana legislation.