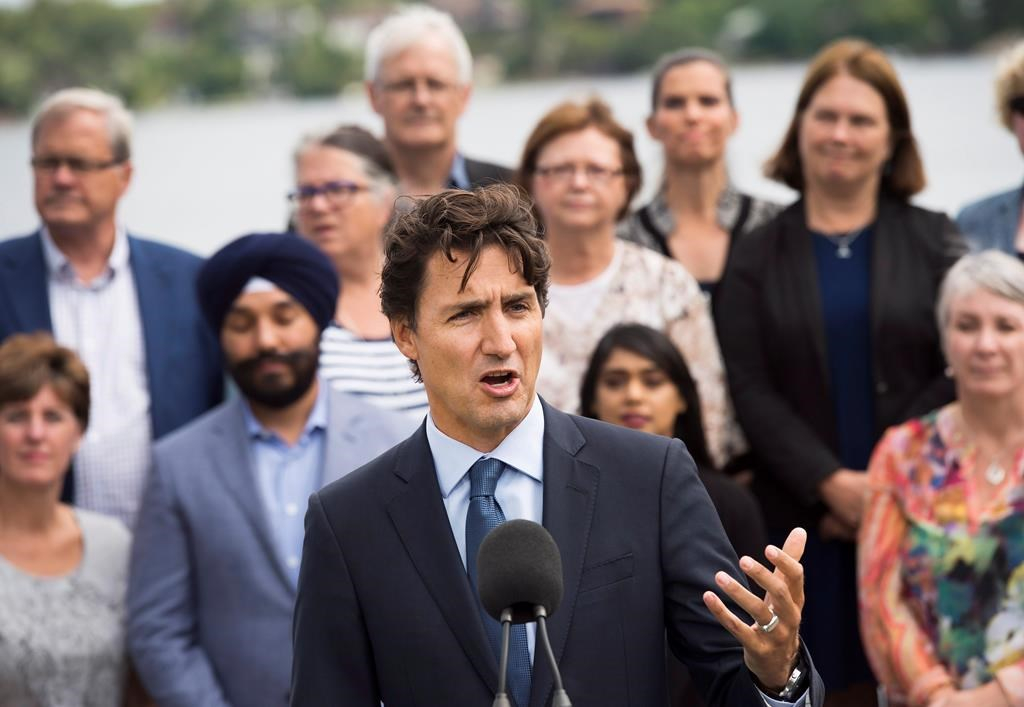 Trudeau, pictured here speaking at a news conference yesterday, joined the Bono-led social media campaign that hopes to raise awareness that women and girls are more prone to poverty. Photo by The Canadian Press.
Previous story
Next story

Prime Minister Justin Trudeau has joined a social media campaign urging world leaders to acknowledge that poverty has a disproportionate impact on girls and women.

"Women and girls are less likely to get an education, more likely to be impoverished, and face greater risk of disease and poor health," Trudeau wrote in a letter released early Thursday morning.

The letter was crafted in response to a call from the ONE Campaign — an organization co-founded by Bono, the frontman for the Irish rock band U2, which promotes maternal and child health projects in developing countries in Africa and elsewhere.

The organization had sent an open letter to Trudeau and other global leaders this March to coincide with International Women's Day asking them to recognize that poverty and gender inequality go hand in hand.

"On behalf of the Government of Canada, I am writing you back to know that I wholeheartedly agree: poverty is sexist," Trudeau wrote, employing the phrase used by the campaign.

The campaign, according to its website, has also been endorsed by the likes of Oprah Winfrey, actresses Meryl Streep and Tina Fey, Facebook CEO Mark Zuckerberg and philanthropist Melinda Gates.

"I accept your challenge to lead. As a feminist, I know that women must be treated equally everywhere," Trudeau wrote, noting that he brought gender parity to his cabinet when the new Liberal government was sworn in last year.

"It is my hope that this will set an example for governments around the world," Trudeau wrote.

Trudeau also reiterated that Canada is increasing its contribution to the Global Fund, an international partnership dedicated to ridding the world of AIDS, tuberculosis and malaria, by 20 per cent to $785 million over two-year period.

Canada is also hosting a fundraiser for the Global Fund Sept. 16 in Montreal.

U.S. President Barack Obama hosted the last such conference in Washington, D.C. in 2013.

Trudeau encouraged the ONE Campaign to continue putting pressure on other governments.

"Canada can play an important role, but we need other leaders around the world to step up, too," Trudeau wrote.