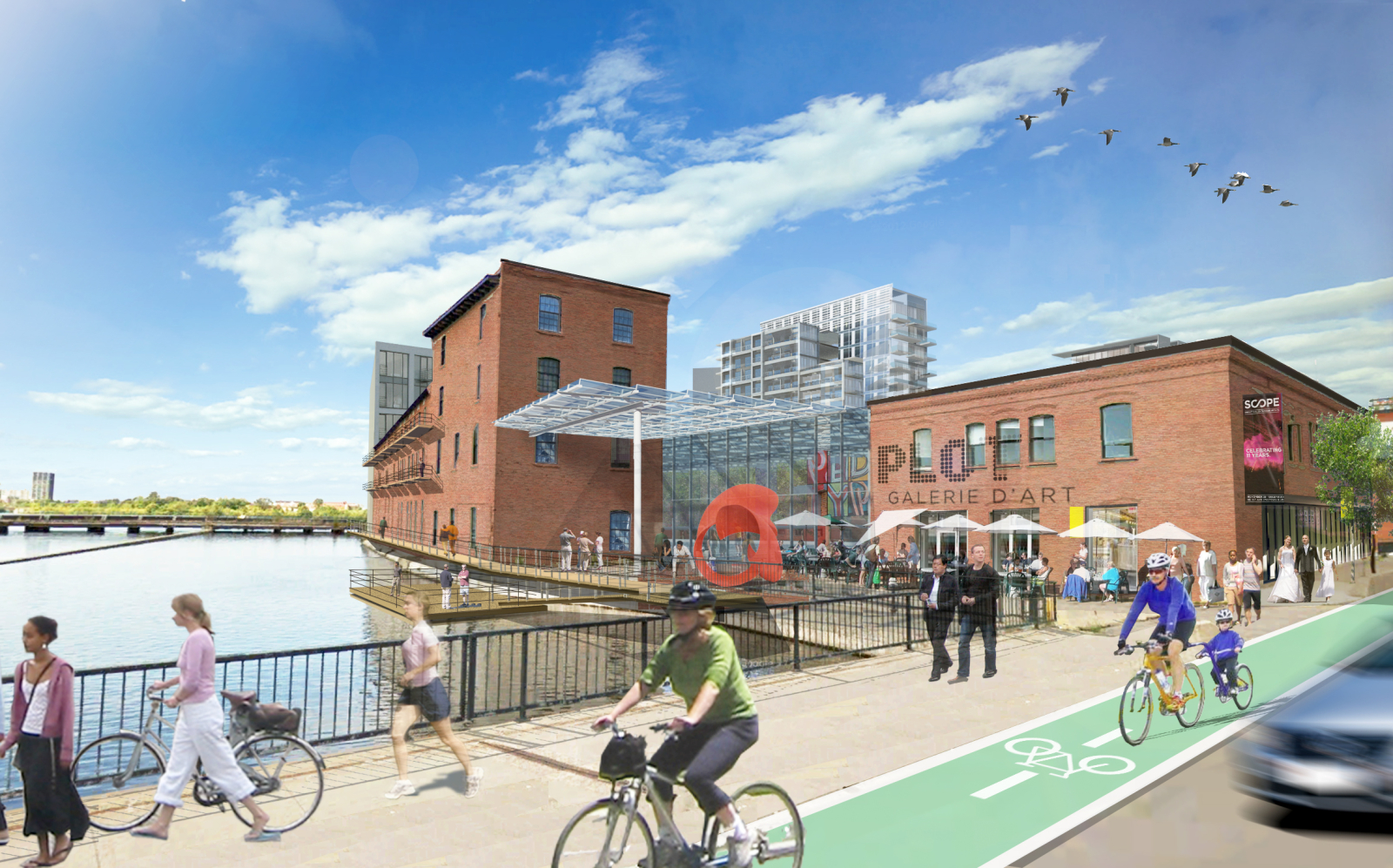 An artist's illustration of a neighbourhood on Albert Island in the Windmill Zibi development project in Ottawa. Image courtesy of Windmill Development Group.
Previous story
Next story

When Ian Arsenault was in the market to buy a condo, colleagues mentioned Zibi — a proposed mixed residential and commercial development on the shores of the Ottawa River that aims to be one of “the world’s most sustainable communities.”

Arsenault thought it sounded like “the spot to be in the future” but the 26-year old bought into a bitter controversy over First Nations' rights and a clash between sustainability advocates debating when a label is really green.

Zibi is the first development in Canada to receive a label called One Planet Living, issued by Bioregional, an organization founded in the U.K. Unlike LEED certification for buildings, which has been in use for years, One Planet is a relative newcomer to the world of green labels – only ten developments have the endorsement so far. The One Planet model follows ten guiding principles from health and happiness to zero carbon. Each self-sufficient community is to reduce its collective ecological footprint by 70 per cent.

Critics say the endorsement lacks objective criteria and amounts to greenwashing, but its supporters say it's an independent, verifiable designation that goes far beyond other systems. The debate has opened up fresh questions about the labels used to brand and market products to consumers.

Graeme Auld, an associate professor at Carleton University’s School of Public Policy and Administration, analyzes private certification programs. He said it’s not uncommon for environmental groups to feel like their vision of sustainability isn’t well represented in an existing standard.

“[Bioregional] is trying to broaden the scope of sustainability certainly beyond LEED.” But Auld wonders, “It’s hard to see where the ‘world’s most sustainable community’ piece comes in. Is that an aspirational thing that will become evident in five, 10 or 20 years? Where does this public relations bit fit in with an objective look at what’s likely going to be accomplished by this project?”

Arsenault, the future Zibi resident, is already sold on the proposed neighbourhood, a few steps away from Parliament Hill on a site that also includes Gatineau waterfront land as well as the Chaudière and Albert Islands.

“It’s going to be a super modern, super hip place,” said Arsenault, who recently made a down payment on a one-bedroom condo unit with plans to move in early 2019. “People of my generation are going to wish that they lived there.”

But once Zibi is up and running, the developer – Ottawa's Windmill Development – will monitor progress towards the One Planet goals, says company partner Jeff Westeinde. Bioregional will perform an annual verification, assessing whether the data is accurate and if the development is on track.

Bioregional’s North America president Greg Searle explained the endorsement isn't permanent and developments can lose the One Planet designation if it’s not staying on target.

Critics of the One Planet system worry about the lack of independent auditors. Auld said when an organization like Bioregional is both endorsing and assessing a project, there are incentives to not be impartial in their evaluation as they have an interest in the development succeeding.

Kevin Skerrett, a spokesperson for community activist group Stop Windmill expressed further concerns about Bioregional’s objectivity towards the Zibi development because Westeinde's brother Jonathan, founder of Windmill Development, is one of seven industry experts on Bioregional North America’s Board of Directors.

Since Bioregional North America verifies Zibi’s progress on its One Planet goals, Skerrett said he believes the endorsement can’t be considered independent.

Westeinde sees it differently. He called One Planet an “independently verified system” and explained the endorsement is approved by an expert panel that works with Bioregional U.K. “Being on the board doesn’t allow you to influence the approval system,” he said. Westeinde also noted that other sustainability models are certified by a board, like Canada Green Building Council’s National Board who certifies LEED.

Westeinde said even though their developments typically follow LEED standards, it “didn’t make a lot of sense in this environment.”

“LEED is extremely prescriptive, whereas One Planet looks to the site,” said Westeinde. He pointed to water conservation as an example: “We sit in a water rich area in a major river, so water conservation is less important for us than if we were building in Palm Desert.”

Westeinde added that Windmill plans to follow both LEED Platinum standards and the One Planet model during construction of the first two residential buildings to demonstrate their compatibility.

Some objectives difficult to measure

Although Windmill is clear on the targets the company has set for Zibi, Auld said many of the targets aren’t things that can be readily evaluated.

One Planet is more flexible than LEED: developers and Bioregional come up with customized targets before creating a detailed action plan that’s reviewed and verified by an international panel.

Skerrett said he questions whether Zibi’s One Planet label can be objectively evaluated. Developers are given ten years to meet all One Planet principles. Some of Zibi's goals are measureable like the zero carbon goal of meeting 100 per cent of its energy needs through renewable power by 2020. Other goals like increased perceived happiness and increased organic food consumption — assessed through surveys — don’t have hard targets and are more subjective.

“To my mind that is very different than LEED,” said Skerrett. He said he recognizes Windmill is a leader in green development, but he has doubts about how One Planet is actually verified.

Skerrett pointed to Grow Community, a One Planet Community located on Bainbridge Island off the coast of Seattle. In its first annual verification report, 12 targets weren’t tracked and two weren’t measured. But in a separate annual review, the developers only highlighted its successes.

“It’s an unclear system of realizing its goals,” Skerrett said. “If this is going to be one of the most sustainable communities in the world, we need some ability to evaluate it.”​

Bioregional’s Greg Searle claims One Planet goes “a lot further” than LEED. Instead of only considering the sustainability of buildings on the site, developers try to influence the lifestyles of the people who live there — from curbing their eating habits to changing the way they commute to work.

“It’s not something a lot of developers do because it is so demanding,” Searle said.

Windmill's Westeinde acknowledged that some targets won’t be tracked for a few years because the data won’t be available.

“We have targets around health and happiness. They are not going to track that for at least three years. We are going to be moving in late 2018, so there will be a whole series of things that won’t be tracked just because there is no data or metric," he said. 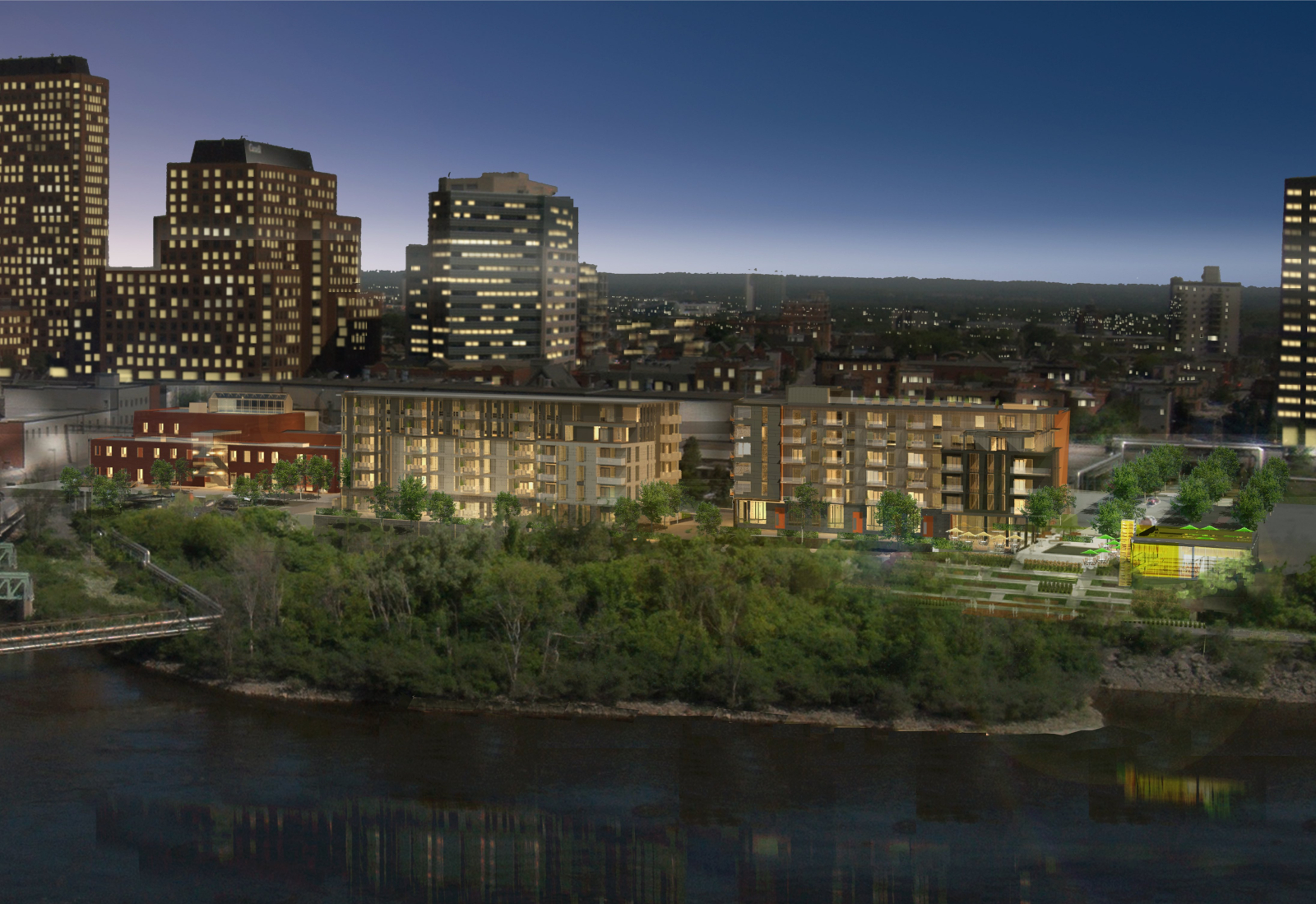 One Planet endorsement granted before construction

Bioregional endorsed Zibi as a One Planet Community in May 2015 while the project was in its design phase. Since the development hasn't been built, the One Planet endorsement is different than a green label certifying a product. Auld said people like Ian Arsenault who are interested in the development might understandably be confused that One Planet isn't a certification but an endorsement.

“Someone who is considering buying a home or renting a place in this development, if they don't really understand that distinction, they could feel tricked,” Auld said.

The Federal Competition Bureau was unable to confirm whether or not it’s investigated the One Planet Living endorsement.

For his part, Arsenault admitted he only knows a “little bit” about One Planet. Down at the sales centre, he recalls discussing plans for connected bike paths and incentives to drive his car less. “But we didn’t get too much into the sustainability part,” he said.

Although Chaudière and Albert Islands were industrial property for over a hundred years, many First Nations people​ consider the two islands historically sacred Algonquin land. These islands make up 15 acres of the total 37-acre development.

The Assembly of First Nations and nine out of 10 Algonquin chiefs have publicly opposed the project — including Wolf Lake Chief Harry St-Denis.

“You can paint this development as green as you want, but if it’s on our sacred site, it’s not green anymore,” he said.

St-Denis and other First Nations people insist they weren’t properly consulted before the City of Ottawa approved the rezoning of the former industrial site to allow for Windmill’s project. They want the federal government to step in and stop the development.

“You got to remember [the developers] have a bottomless pit of money to promote their [project],” said St-Denis. “First Nations we don’t have that luxury. Even myself, I’m up in Kipawa, I can’t be in Ottawa promoting our side. So that’s why we have to appeal to the federal government.”

Divisions among First Nations have complicated the situation. Some Indigenous contractors are working with Windmill and developers have support from the Algonquins of Ontario and Pikwakanagan First Nation.

“This is a unique, once in a lifetime opportunity to reclaim this symbolic and significant green space in the heart of the national capital,” Dreessen said. “The proposed development does not align at all with this overall vision.”

Opponents of the site endorse a vision for the lands to be returned to its natural state complete with an Algonquin Nation Cultural Park and Historic Commemoration Site.

Meanwhile, the federal government still owns several parcels of land on Chaudière Island. Stop Windmill has asked Ottawa Centre MP Catherine McKenna to prevent the land transfer between the NCC and Windmill. Harry St-Denis and other opponents argue giving the land back to First Nations people would be a powerful act of reconciliation.

Why is this green neighbourhood near Parliament dividing First Nations?

Free Run 2 Black
You need to know all you are able about malignancy therefore you not simply understand how to establish risks, hazards, and symptoms, but additionally how to manage the disease effectively. Get the recommendation in this article, but make sure you work with a able and empathetic physician too.Guidance Which Get You At Ease With You Iphone

You might be apart at university or have been lifestyle alone for some time. Regardless, the majority of people tend to extended for your reassuring residence-cooking they liked within their youngsters. You can actually figure out how to prepare these foods yourself whenever you keep to the straightforward assistance in this article.