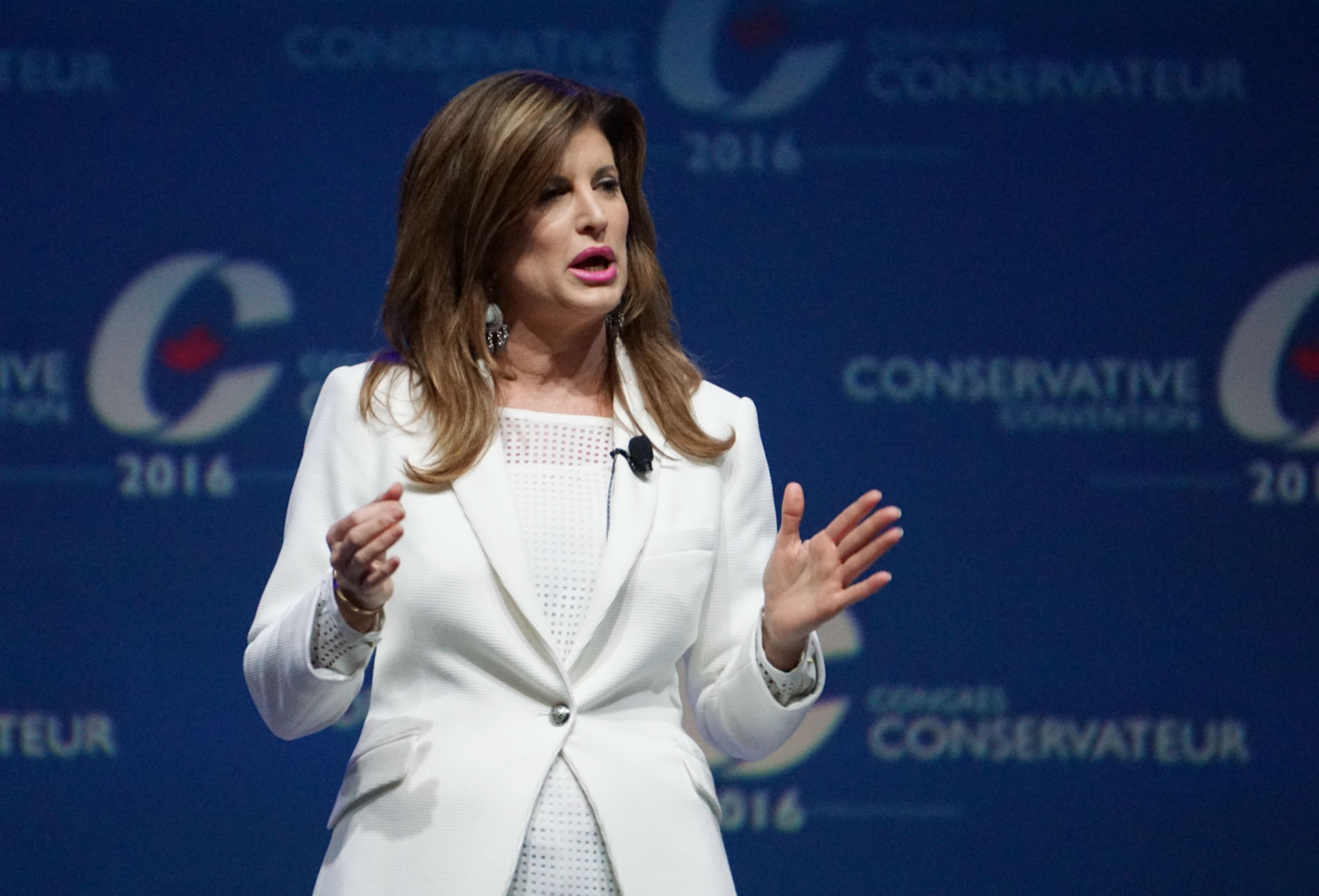 Rona Ambrose, Interim leader of the Conservative Party, gives glowing praise to Stephen Harper as he bids politics farewell at the Conservative Convention in Vancouver on Thurs. May 26, 2016. Photo by Elizabeth McSheffrey.
Previous story
Next story

Interim Conservative leader Rona Ambrose said it’s critical her party remain united as it gears up for a leadership race that became more of an open contest after perceived frontrunner Peter MacKay decided to bow out.

Ambrose made the comments Tuesday at the party’s caucus summer retreat in Halifax, where senators and MPs will lay out the party’s priorities for the coming parliamentary session while managing the behind−the−scenes manoeuvring of leadership hopefuls.

"We all understand the importance of speaking with one united voice," she told Tories. "We know that drama drives ratings, that those outside our party will do everything they can to separate us into separate camps.

"We’ve been there before, a long, long time ago, and we have no intention of going back there."

Her appeal came a day after MacKay, a Nova Scotia native and frontrunner, announced he would not run for leader. In a statement Monday, the former cabinet minister said he wanted to spend more time with his young family and carry on with his career at a Toronto law firm.

Caucus members heading into the meeting praised MacKay, saying they were sad he was not entering the race.

"It’s a bit of a loss because he would have been an outstanding candidate and I think he would have had a very good chance to win," Ontario MP Peter Van Loan said.

Ambrose’s call for unity comes amid controversy around leadership hopeful Kellie Leitch’s proposal that the federal government screen potential immigrants and refugees for their views on what she is calling "Canadian values."

The idea ignited an otherwise sleepy contest earlier this month, prompting some of her rivals now assembled in Halifax to denounce it.

Ontario MP Erin O’Toole, who is considering a leadership bid, said caucus members will be discussing the issue of immigration with provincial Progressive Conservative leaders from the region, which has a chronic problem with outmigration.

"We’re going to have a debate on a lot of these. People need to know there’s already screening for our immigration program and security is a key part of that," he said going into the meeting. "If people want to have some debates on whether that should go further ... that’s what a race is all about."

When asked about Leitch’s comments, Ontario MP Tony Clement would only say, "I think it’s great when we debate issues in our party, but we will have to come together once the leadership race is over."

Ontario MP Michael Chong, who is running for the leadership himself, has accused Leitch of engaging in "dog−whistle politics."

Even Ambrose distanced herself from the idea, sparking a rebuke from Leitch.

As she headed into the two−day meeting, Leitch said she was simply interested in talking to Canadians about values, but again offered no specifics on how her proposal would work.

Leadership race heats up as Conservative caucus gathers in Halifax

By Elizabeth McSheffrey | News, Politics | May 27th 2016
Race to a Safer World