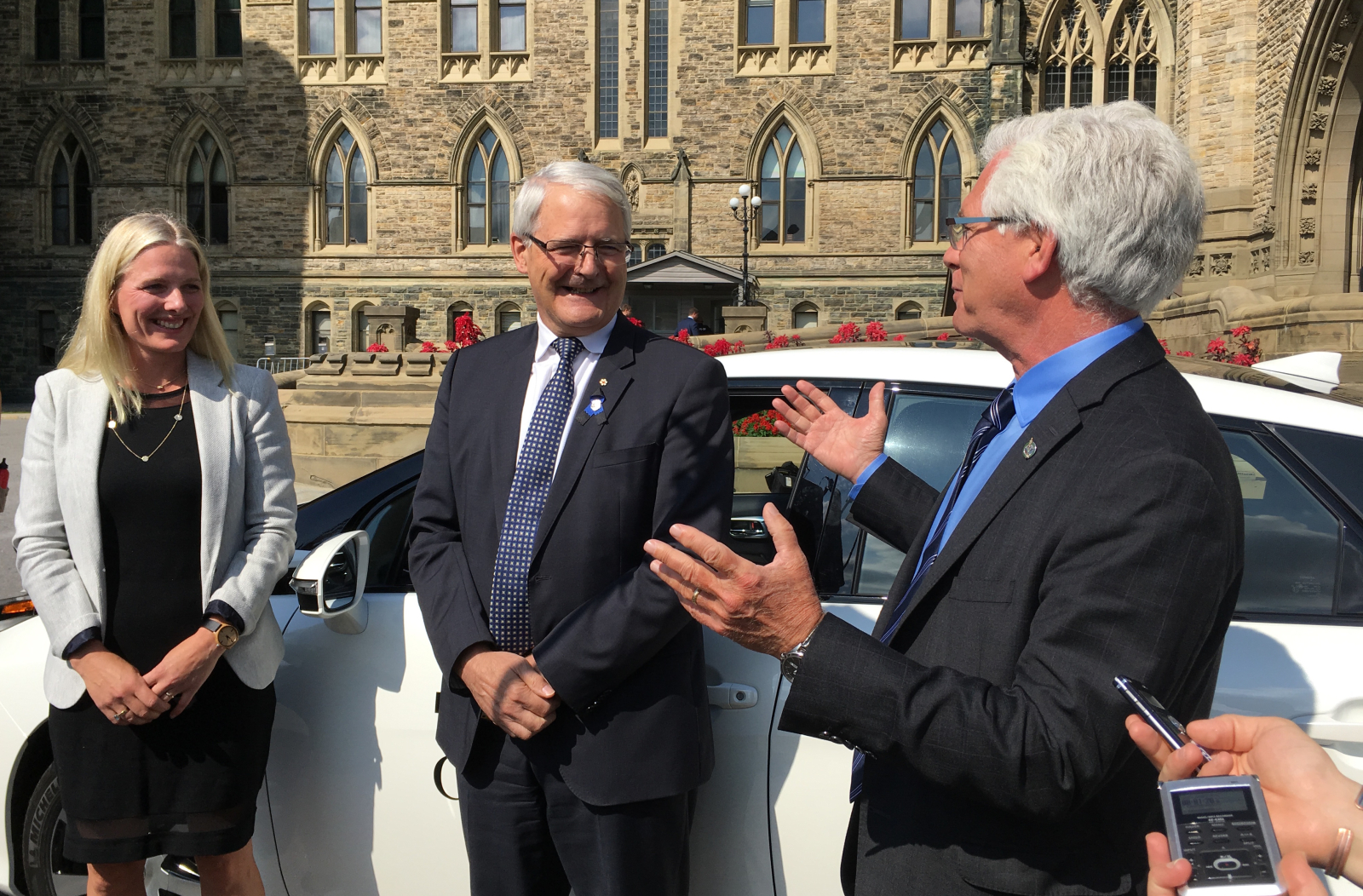 Carr said the appointments of new temporary members to the Board were “important” and would be announced “very soon.”

The Board abruptly adjourned its review of the controversial Energy East pipeline project, proposed by TransCanada Corp., after NEB panel members recused themselves this month due to concerns that they appeared biased.

Critics have long argued that the Board was stacked with too many members close to industry which has led to cozy relationships between the regulator and the companies it is supposed to be watching.

Speaking on Parliament Hill after he and two of his cabinet colleagues, Environment Minister Catherine McKenna and Transport Minister Marc Garneau, took a hydrogen fuel cell car for a test drive, Carr said that federal panels should reflect the entire country. He also emphasized that bilingualism was important.

“The diversity of the country is important to be reflected in panels that do important work for the country, so that’s certainly a criteria,” Carr said. “So we’ll be ensuring that the due diligence is done so that the best qualified people are there to do very important work.”

The review of Energy East has been suspended until the government names a new panel and one financial analyst has suggested the delays are decreasing the odds of the 4,500 kilometre pipeline - from Alberta to New Brunswick - actually getting built.

Energy East opponents say the project is too risky and would push Canada's climate change goals out of reach, while many business and union leaders believe the project is important and would contribute to jobs and economic growth.

Carr has also said that the review process could face moderate delays, depending on whether the new panel decides to restart the process from square one.

The previous three panel members resigned in the wake of evidence uncovered by National Observer in July and August, revealing that two of the three panel members met privately with a TransCanada representative, former Quebec premier Jean Charest, in January 2015. In that meeting and others with business lobbyists, the NEB’s chief executive Peter Watson and two of the former Energy East panel members received political advice about gaining public support for pipelines.

The disclosures led many critics to argue that the panel members were biased and had violated NEB rules which require reviews to be fair, public, and on the record. Watson also recused himself from any dealings with the Energy East review in the future as a result of the revelations.

Many First Nations leaders, environmentalists and municipal leaders have called for a new panel to start from scratch. They point to several decisions that were already made by the panel, including its determination that TransCanada’s application was complete despite lacking information about how the pipeline would cross the Ottawa and Saint-Lawrence rivers.

Many French-speakers had also criticized the Calgary-based company for delaying access to its application in French and failing to immediately allow citizens to conduct keyword searches in French of the 38,885 page application.

TransCanada has said it was looking forward to the NEB process resuming with a “respectful and constructive dialogue with Canadians about Energy East.”