By Elizabeth McSheffrey | News, Energy, Politics | September 19th 2016
#501 of 2037 articles from the Special Report: Reports from the Race to a Safer World 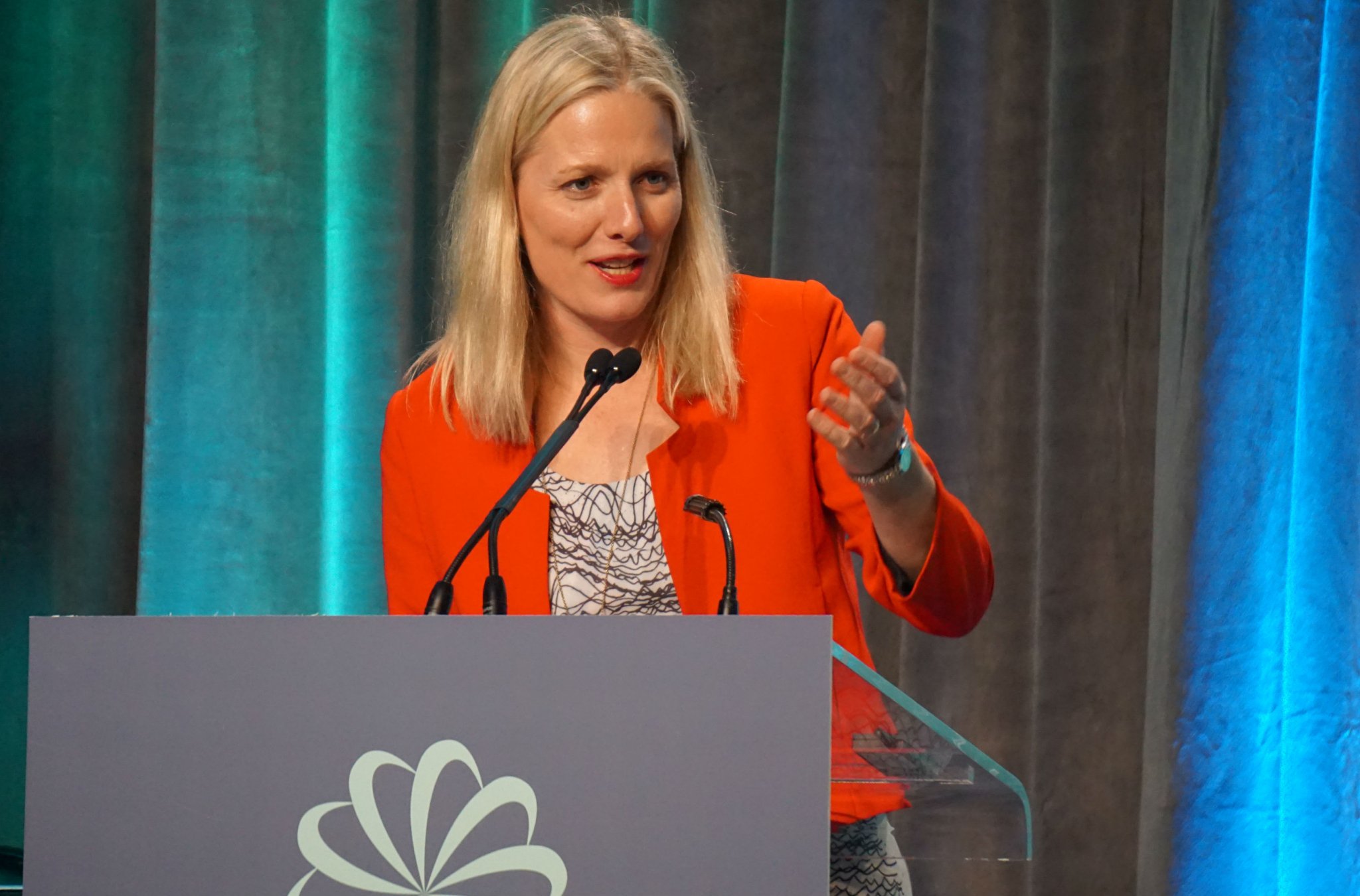 Environment and Climate Change Minister Catherine McKenna delivers an overwhelming message of hope for climate action in Canada at the 2016 Globe Series in Vancouver, B.C. on Wed. March 2, 2016. Photo by Elizabeth McSheffrey.
Previous story
Next story

Environment Minister Catherine McKenna sparked the ire of at least two prominent Canadian politicians last weekend — one who believes her climate commitments damage provincial-federal relations, and another who believes they are too weak to meet international climate targets announced in Paris last year.

McKenna was speaking Sunday to CTV's Question Period when she said the federal government is prepared to impose a carbon price on any province that can't come up with their own, or a cap and trade system. Her statement drew heavy criticism from Saskatchewan Premier Brad Wall, who said strong-arming the provinces into climate compliance could damage the ties between provincial and federal governments.

"It's not the collaborative approach that the prime minister promised when he was elected," said Wall, appearing on the same CTV program. "Not just on this issue, but in general on federal provincial issues."

The premier — a vocal opponent of Canada-wide carbon pricing — said his province already has a price on carbon, and any further action by Ottawa could hurt Western provinces already under stress because of falling oil prices.

"If it's some sort of a universal price that will, you know, manifest itself as a tax, and be disproportionately impacting the energy sector, which is already reeling, then we have a big problem in Saskatchewan with that kind of unilateral action," he explained.

McKenna clarified on the program that her government was "trying to go forward in a way that we're working with everyone," but would ultimately do what it takes to move forward.

Speaking to reporters in Ottawa on Monday, McKenna explained that the government wants Canada to move forward.

"It's actually going to put us in the right direction, it's going to help us grow our economy. That's the whole point of this."

Her announcement came a few days after The Canadian Press reported that the Liberals would ratify the international Paris climate accord this fall, even before they reach a deal with the provinces and territories on how to meet the country's 2030 emissions target.

The environment minister also said the federal government will stick to the existing targets for reducing carbon emissions, set by the previous Conservative government, which today, sparked outrage from Green Party leader Elizabeth May.

"Nothing short of disaster"

“This news is nothing short of a disaster for the climate,” May said in a Monday press release. “Minister McKenna always said the Harper-era target for greenhouse gas emissions – among the weakest in the industrialized world – would be ‘the floor,’ and Prime Minister Trudeau claimed we would ‘meet or exceed’ those previous targets.

"It is clear that the Harper target is incompatible with the Paris Agreement – to avoid going above 2 degrees Celsius and strive to hold global average temperature to no more than to 1.5 degrees C above what they were before the Industrial Revolution. Yet today, Minister McKenna abandoned any real commitment to avoid 1.5 degrees or even 2 degrees, even though her leadership in Paris helped get the treaty to embrace this necessary long-term goal."

May called on the federal government to at least match the same deadline year as the U.S., which has commitment to reductions by 2025. Even this small increase could increase other countries to push for more ambitious targets, she said.

"Overseas carbon credits, which were endorsed in the Harper Cabinet's decision document for the existing weak target, are just one option where Canada can demonstrate a real commitment and protect our children from the catastrophic impacts of leaving them a 3.5-degree world," May explained.

Putting a rush on the Paris accord

Despite May's criticism, the Liberal government has recently won international accolades for picking up the climate change baton, with Trudeau and McKenna receiving praise for helping the Paris climate change agreement come to fruition last fall. But UN Secretary-General Ban Ki-moon is in a hurry to ratify the pact, and has been lobbying countries to get that done before the Nov. 8 U.S. presidential election in hopes of locking in the accord's provisions for at least four years.

The landmark deal calls for limiting global temperature increases this century to well below two degrees Celsius, but would only come into legal force after 55 countries representing 55 per cent of global greenhouse gas emissions formally ratify.

Senior government sources told The Canadian Press that Canada will deposit its ratification at the United Nations before Prime Minister Justin Trudeau meets the premiers for a promised first ministers meeting on a climate plan that's been under discussion for months.

The timing of Trudeau's meeting with premiers is in flux but it does not appear likely to take place before Canadian representatives are back at a UN climate conference in Marrakech, Morocco, Nov. 7-18, to discuss implementation of the Paris accord.

VIDEO: Why Catherine McKenna is excited about climate action in Canada