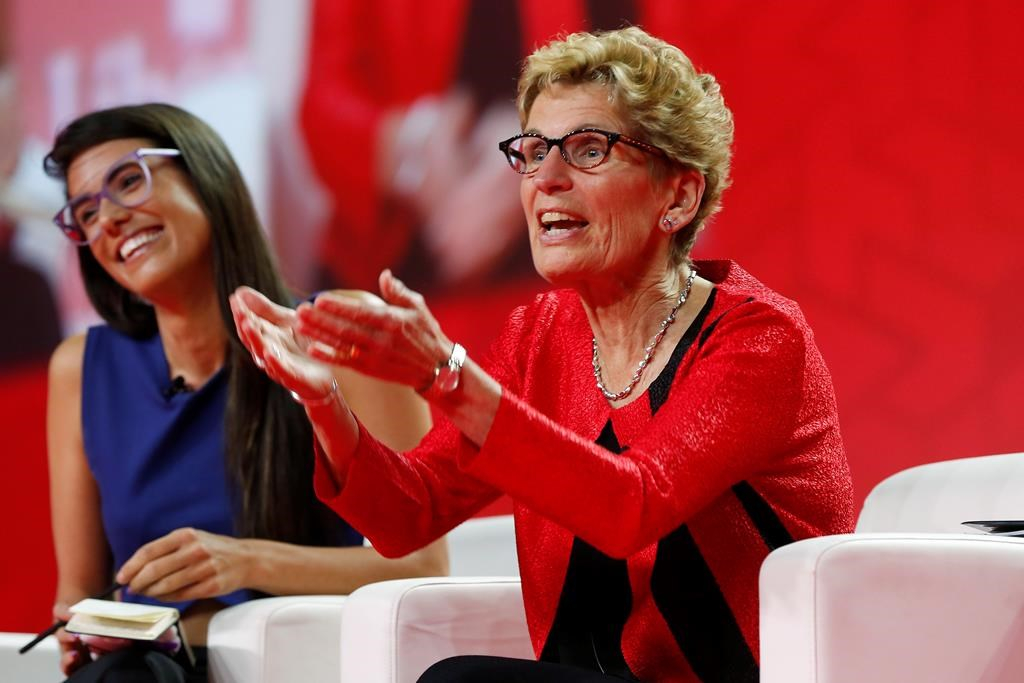 Premier Kathleen Wynne says Ontario needs to change the rules for bottled water companies, including how much they pay and how much they're allowed to take.

Wynne says it's time to separate the bottled water companies from the many other sectors that have water taking permits, including mining, construction and the steel industry.

She says "water bottling is a different kind of industry and we need to treat it differently."

Ontario charges $3.71 for every million litres of water, compared with $2.50 in British Columbia and $70 in Quebec, the two other provinces with major bottled water operations.

Nestle is allowed to keep taking up to 3.6 million litres of water a day for bottling from its well in Aberfoyle, near Guelph, while the government reviews its application to renew its water-taking permit, which expired in July.

Wynne also says the government's review will look at how to put community needs ahead of bottled water companies, after Nestle outbid the township of Wellington Centre last month for a well the community wanted for its drinking water.

"As we have this discussion about our water, the status of and the treatment of water bottling companies, that needs to be taken into consideration," Wynne said Friday.

Nestle said the former Middlebrook Water Company site will be a "supplemental well for future business growth" and a backup for its well in Aberfoyle.

We've been warned for decades

We've been warned for decades that charging a proper rate for water would trigger the clauses on water in NAFTA, leading to the draining of Canada. Between what's been poisoned, what is siphoned for industry, human, agriculture and wasted down drains, we are overdue for changes. Or is the Premier planning this to aid in the removal of what few barriers to corporate exploitation we have left?