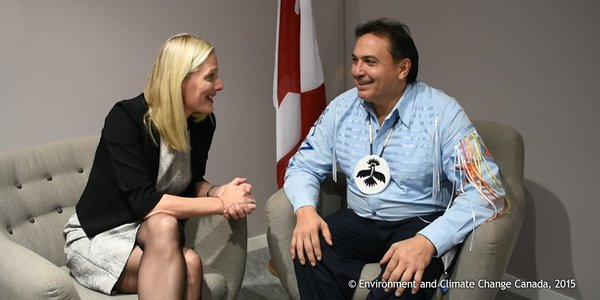 The national chief of the Assembly of First Nations says free, prior and informed indigenous consent means the right to say yes or no to resource projects.

Perry Bellegarde's speech to an oil industry-sponsored energy conference stressed that involving First Nations in potential projects from the get-go is the only way to achieve true accommodation — and economic stability.

Canadian courts have established that consultation and accommodation with indigenous peoples are legally imperative aspects of resource development, but the notion of consent remains in dispute.

Natural Resources Minister Jim Carr has avoided a direct answer on whether First Nations consent is required for projects on their territories, while B.C.'s Christy Clark told CTV last weekend that consent is not part of the equation.

Bellegarde told the Engage conference at the University of Ottawa that he'd like to put what he called the v-word — veto — on a shelf for a while and instead work on ensuring indigenous participation in everything from project planning to equity stakes and employment.

But the AFN national chief said that, ultimately, the inherent indigenous right to self determination includes the right to say no and some projects will be rejected.