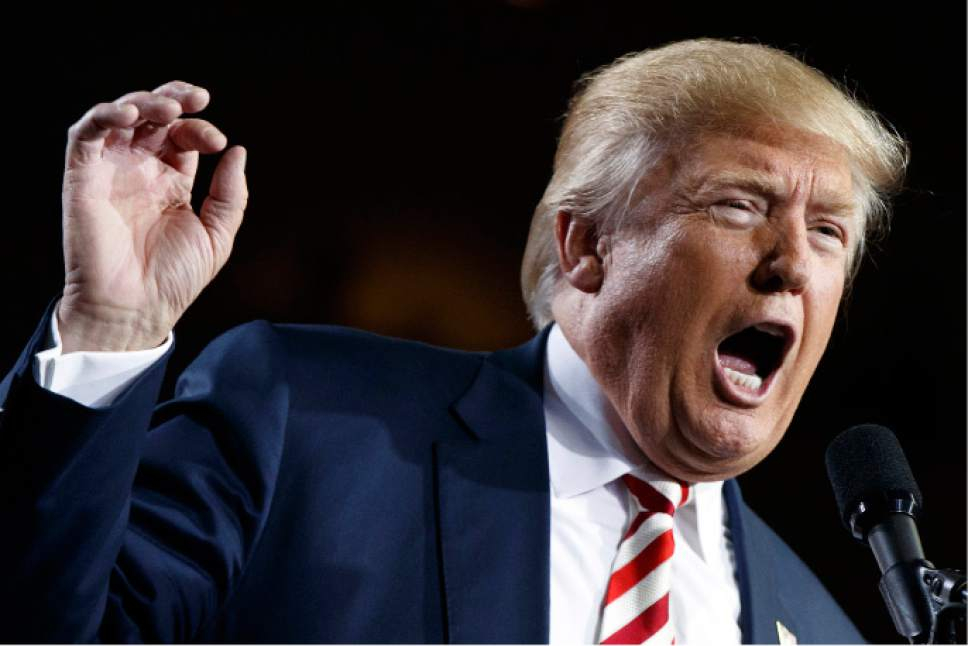 With one of the biggest elections in history happening in the United States, Insights West decided to take a deeper look at the state of affairs in the country. Our goal with this research is to provide properly conducted, data-driven analysis that could help confirm or debunk some of the myths surrounding the battle between Donald Trump and Hillary Clinton.

Our data does not point in that direction. Clinton can count on the support of 77 per cent of Americans who voted for Barack Obama in 2012. The number of Mitt Romney voters who plan to cast a ballot for Trump is slightly lower (72%), but still respectable. Independent voters are currently evenly split between the two main nominees, with 32 per cent saying they would vote for Clinton, 31 per cent for Trump and 12 per cent supporting Libertarian Gary Johnson.

2) Is the Republican base upset with Trump?

Not “massively”, but the differences with Clinton are noticeable. At this stage, 87 per cent of Democrats say they will vote for Clinton, but only 74 per cent of Republicans say they will cast a ballot for Trump. The key demographic that Trump is failing to attract is Republican primary voters who did not support him earlier this year. Only 58% of Republicans who took part in their primaries and voted for candidates not named “Trump” are saying they will vote for the party’s nominee in November. This means that more than a third of GOP primary voters—a sizeable proportion—are looking elsewhere or are still undecided.

3) Are the supporters of Bernie Sanders ready to vote for Clinton?

The answer appears to be “Yes” at this point. While (as noted above) Trump is having a tough time attracting people who voted for Ted Cruz, Marco Rubio, Ben Carson or Jeb Bush, Clinton is not having the same problem. Four-in-five Sanders primary voters (81%) say they will cast a ballot for the Democratic nominee in November, and only six per cent of them say they will vote for Trump.

4) Have the “tapes” affected the way Trump voters feel about him?

Not as much as some may have imagined. In spite of the fact that some Republican politicians have criticized Trump and distanced themselves from him after the audio of his conversation with Billy Bush was released, the reaction from Trump voters has not greatly affected his voting numbers. Only 30 per cent of Americans agree with the statement: “There is nothing particularly offensive about Donald Trump’s comments on women—Americans talk like that all the time.” Among Trump primary voters, the proportion jumps to 66 per cent. Among decided voters who will cast a ballot for Trump in November, it stands at 62 per cent. Simply put, a majority of the Trump voter base was not swayed by the comments.

5) Should Trump be replaced with another candidate before the election?

This decision would create extraordinary hitches, from changing ballots to ordering new signs. Only 19 per cent of Trump’s primary voters and 16 per cent of Trump’s general election voters want to change the GOP nominee. However, among all Republicans, the proportion rises to 32 per cent, suggesting that the election may not seem winnable for some. Among supporters of candidates not named “Trump” in the primary season, the “dump the nominee” sentiment reaches 44 per cent. This is particularly problematic for a candidate who was already perceived as divisive. Many registered Republicans are not ready to unite behind Trump with a month to go in the campaign.

6) What about the negative perceptions Americans have about both?

They are still here. Both nominees head to the final month of campaigning with a negative momentum score: Trump at -41 and Clinton at -21. The important group to look at is Independents, who may be enticed to vote for a third party candidate. Among Independents, Trump’s momentum score is -52 (59% of Independents say their opinion of Trump has worsened over the past month). For Clinton, it’s -27. The Democratic nominee does not have astounding numbers, but she’s definitely not as low as the GOP contender.

7) What is Clinton’s biggest weakness in the final month?

The discussions related to her treatment of e-mails as Secretary of State are definitely taking a toll, with only 23 per cent of American voters saying that Clinton is “honest and trustworthy”. As expected, Republicans (6%) and Independents (12%) are particularly scathing, but even among the Democratic base, Clinton does poorly on this question: only 51 per cent of those who have decided to vote for her consider her “honest and trustworthy”. In every other trait tested by Insights West, she’s (at least) at 64 per cent.

8) What is Trump’s biggest weakness in the final month?

The fact that Trump has connected with his base is undeniable, with 87 per cent of decided voters saying he “can bring the kind of change America needs”. However, this emotional connection is not present on one of the key issues that marked the second televised debate: personality. Only 23 per cent of Americans think Trump has the right temperament to be president—a trait where Clinton reached 48 per cent across the country. The numbers for Trump on the temperament question are not great among Republicans (43%) and his own decided voters (58%).

Let’s call it “different.” Only 37 per cent of Americans say they are more excited about this presidential election than the ones of years past. Also, while the prospect of the first female head of state in the country’s history is tangible, women are not intensely enthused. Only 29 per cent of women say they are more excited about this race than previous ones. However, both nominees are reaching their base properly, with 85 per cent of Clinton voters and 81 per cent of Trump voters saying they are “enthusiastic about the presidential candidate they are supporting”.

10) Are Trump’s voters sick of “politics as usual”?

Yes, particularly in regards to their own political party. While 44 per cent of Americans believe that leaders in Congress should “always” support the presidential nominee of their political party, the proportion jumps to 63 per cent among Republicans, 75 per cent among Trump general election voters, and 86 per cent among Trump primary voters. The past few days took a toll on party unity, but even those Republicans who did not want to see Trump as the party nominee are starting to question the strategy of isolation.

For those who voted for Trump or plan to do so, it is nothing short of a betrayal.

What Trump doesn't realize he shares with this former Mexican president