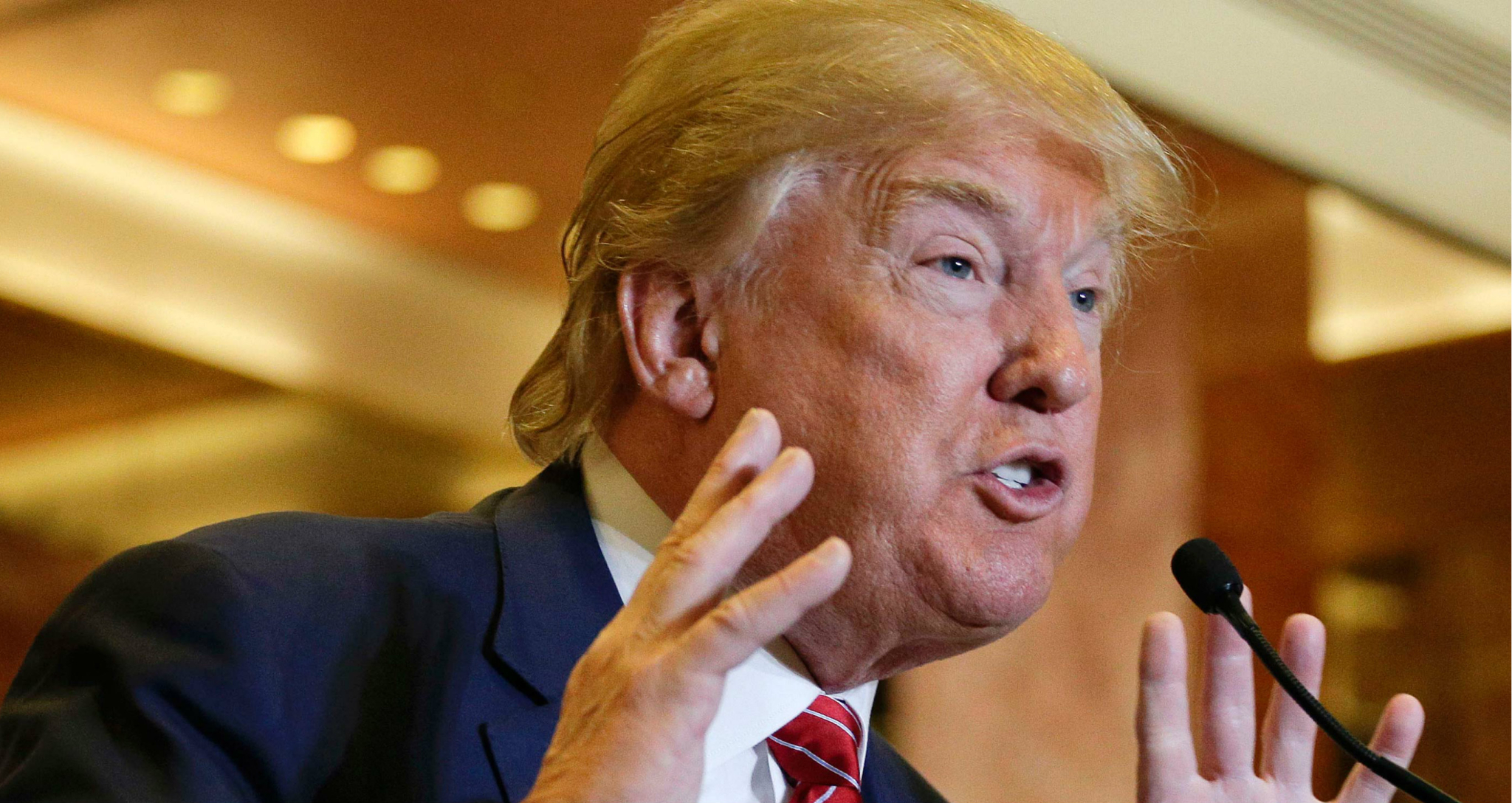 One of the women to accuse scandal−plagued U.S. presidential candidate Donald Trump of sexual assault is a Canadian writer who launched her career at two of Canada’s most prominent newspapers.

Former People magazine writer Natasha Stoynoff published a vivid account of allegedly being pinned against a wall and forcibly kissed by Trump.

Allegations made by Stoynoff and at least three other women come less than a week after a 2005 video was released in which Trump is heard bragging that his fame gave him licence to kiss and touch women.

The campaign has denied all allegations of sexual assault, and Trump himself attacked Stoynoff’s account on Twitter on Thursday morning, saying the incident did not take place.

Stoynoff, whose social media profiles indicate she went to Toronto’s Ryerson University, cut her teeth in journalism at both the Toronto Star and Toronto Sun.

The Star confirmed that she worked full−time as both a photographer and reporter between 1990 and early 1993.

Many of the details in Stoynoff’s written account — from the description of the assignment that led her to the Trump family Florida estate where the alleged attack took place to her warm interactions with Trump’s wife months after the fact — reminded Mallick of the coworker she described as exceptional.

"She was a very open and honest person, and that’s one of the reasons I remember her with such fondness," Mallick said in a telephone interview. "She just had a friendly personality. She was a person of great candour."

Mallick said Stoynoff was a talented interviewer with a striking ability to develop a rapport with her subjects.

She said that ability helped Stoynoff carve out a career at People starting in the late 1990s before reality television and social media pushed celebrity journalism to its current heights of popularity.

Stoynoff, who said she worked at the magazine for nearly 20 years, said in her article that she began covering Trump in the early 2000s.

She covered his hit show "The Apprentice" and was in attendance when he married former model Melania Knauss.

In 2005, Stoynoff said she was assigned to write a first−anniversary profile of the glamorous couple and dispatched to their Florida estate to interview them about the past year.

The interview took place around the same time Trump was surreptitiously filmed telling Dateline NBC correspondent Billy Bush that his fame allowed him to kiss women without consent and grab them by their genitals if he wished.

Shortly after the video’s release, Trump categorically denied that he had ever followed through on his boasts, describing the conversation as "locker room talk" and saying he had never actually approached a woman in the manner he described.

According to Stoynoff’s published account, he employed some of those sexually aggressive tactics on her while a pregnant Melania Trump was upstairs changing outfits.

"We walked into that room alone, and Trump shut the door behind us," she wrote. "I turned around, and within seconds he was pushing me against the wall and forcing his tongue down my throat."

Stoynoff said Trump was interrupted by the arrival of his butler, but said he vowed to have an affair with her moments later while waiting for his wife to rejoin him and complete the interview.

Stoynoff said Donald Trump later called her to praise her completed article, and Melania Trump gave her a hug months later and lamented that she was no longer a regular presence around the family.

Stoynoff said she confided the alleged attack to a colleague, but opted not to pursue the matter beyond requesting to be taken off the Trump beat.

Trump denied the allegations on Twitter, suggesting Stoynoff would not have kept quiet about such an incident.

"Why didn’t the writer of the twelve year old article in People Magazine mention the ’incident’ in her story. Because it did not happen," he wrote.

Triggs said the magazine took the issue very seriously and investigated carefully before publishing her allegations. She also denied the Trump campaign’s assertion that they were not given an opportunity to react to the story.