Conservative leadership race: who's in, who's out, who's still thinking it over 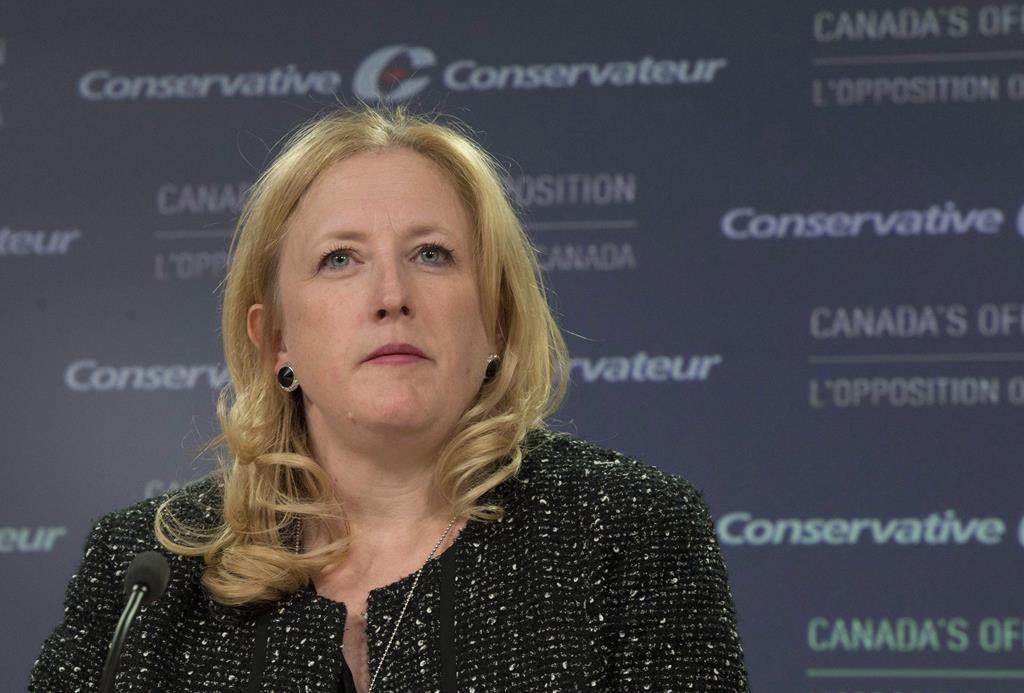 Former Conservative cabinet minister Lisa Raitt stepped down from her role as finance critic on Friday. Photo by The Canadian Press.
Previous story

Ontario MP and former veterans affairs minister Erin O'Toole is the latest to join the Conservative leadership race after opening his campaign Friday in Bowmanville, Ont.

Here is the list of who else is in, who is leaning towards it and who is out.

Kellie Leitch. The pediatric orthopedic surgeon, first elected as an MP in 2011, was the first to file her paperwork in April.

Andrew Scheer. The former Speaker of the House of Commons started his campaign at the end of September.

Michael Chong. The Ontario MP is a longtime champion of democratic reform and appears to be the only Conservative in the race who supports carbon pricing.

Deepak Obhrai. One of the longest-serving Conservative MPs, he registered last month after telling his caucus colleagues this summer he planned to join the race.

Brad Trost. The social-conservative Saskatchewan MP first declared his interest in running for the top job after the party at its convention in May dropped a policy widely seen as opposing same-sex marriage.

Still working on it

Lisa Raitt. The former cabinet minister and current Toronto-area MP stepped down from her role as finance critic Friday.

Chris Alexander. The former immigration minister, who lost his seat in the 2015 election, has made it clear in media reports he intends to run.

Andrew Saxton. The defeated Vancouver-area MP is exploring a bid based on a desire to ensure a candidate from B.C., where he and his family have long lived.

Pierre Lemieux. Also defeated in the last election, the former eastern Ontario MP sent an email to supporters this summer to let them know he is trying to raise the money needed to join the race so that he can champion social-conservative values.

Kevin O'Leary. The popular TV personality and businessman first mused about running for the leadership earlier this year, but also said he is in no rush to make up his mind.

Dan Lindsay. The former president of the College of Physicians and Surgeons of Manitoba formed a committee in the spring to explore a possible campaign.

Tony Clement. The former cabinet minister dropped out of the leadership race this week, saying he did not want to expose his family to financial risk after his campaign fell short of fundraising goals he set when he began his bid in July.