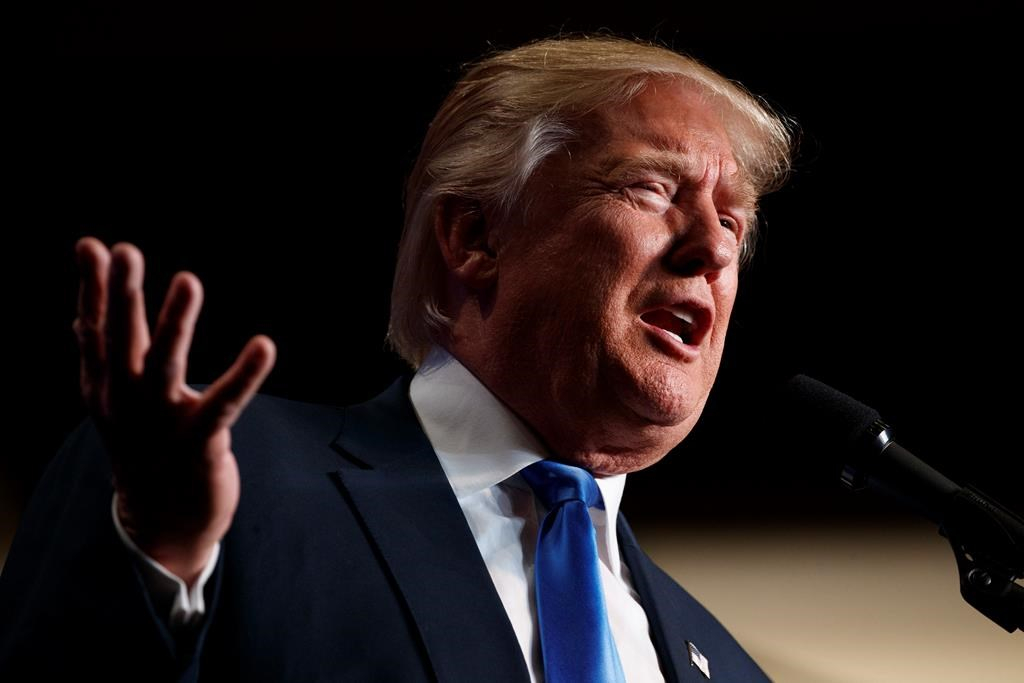 Donald Trump continues to say that the U.S. election is rigged, without offering any proof. Photo by The Associated Press.
Previous story
Next story

Scolded by his own party, slammed by the president as a whiner and censured by the chattering classes as a threat to American democracy, Donald Trump stuck to his guns Tuesday and insisted next month's election is being "rigged."

The Republican nominee has embraced an explosive late-campaign message that his detractors fear will scorch the earth — not only for his own chances, but for those of fellow party members who fear low turnout and lost congressional seats, as well as for the very roots of American democracy.

The day's most compelling rebuke came from none other than President Barack Obama.

"I'd invite Mr. Trump to stop whining and go try to make his case to get votes," Obama said, standing next to Italy's prime minister.

A more thorough denunciation, however, came from another Republican. During a debate in the Florida senate race, Marco Rubio — Trump's nomination rival-turned-uneasy ally — delivered a passionate reprimand.

Elections are run by the states, which in Florida means the Trump-supporting governor appoints the officials, Rubio said. Also, 67 counties organize local ballots. Third, there isn't any proof of serious fraud.

"I promise you, there is not a 67-county conspiracy to rig this election."

Trailing in the polls, Trump is telling Americans their vote is a sham, warning of an election fixed by financial elites, the media, illegal immigrants and crooked Democrats.

"The election is rigged," he said. "It's rigged like you've never seen before." The clearest proof he cited was a survey of 339 non-citizens from the 2008 election that suggests some of them may have voted illegally.

Trump received additional ammunition Tuesday which he will surely use.

James O'Keefe, a conservative filmmaker known for undercover stings, released video of pro-Democratic operatives engaging him in conversation about getting paperwork so illegal immigrants could vote in Wisconsin.

The video spread like wildfire on social media. O'Keefe, however, has in the past been criticized for editing videos in a way that unfairly tarnishes his subjects.

If anyone's cheating, Democrats say, it's the other party, accusing Republicans of packing minority voters into gerrymandered districts, stripping ex-felons of voting rights and passing ID laws that hurt youth and minorities.

A comprehensive study at Loyola Law School found just 31 credible cases of actual fraud since 2000 — from one billion votes cast.

Yet Trump's message of distrust continues to fuel a perfect storm in U.S. politics.

Now a major party nominee is fanning those flickers of distrust.

Three scholars who study trust in democracy expressed muted concern when contacted by The Canadian Press. For instance, Marc Hetherington of Vanderbilt University said the margin of defeat would matter.

If Trump gets shellacked in numerous swing states, as many polls suggest, he said the case for fraud becomes less persuasive.

But an author who has studied election losers is worried.

Scott Farris wrote a book about U.S. election runners-up and began with a chapter paying tribute to the concession speech — that moment of grace that greases the engine of self-government.

It begins with the example of John McCain, cooling an upset crowd after a heated campaign. People at 2008 rallies had screamed of Barack Obama, "Kill him!" and "terrorist!" McCain silenced boos on election night by hailing the election of America's first black president.

"It's one of the things that makes American democracy work," said Farris, author of "Almost President: The Men Who Lost The Race But Changed The Nation." "Our democracy's a bit more fragile than we think.

"It wouldn't take a lot to really put the country in turmoil, if people thought the election was completely illegitimate."