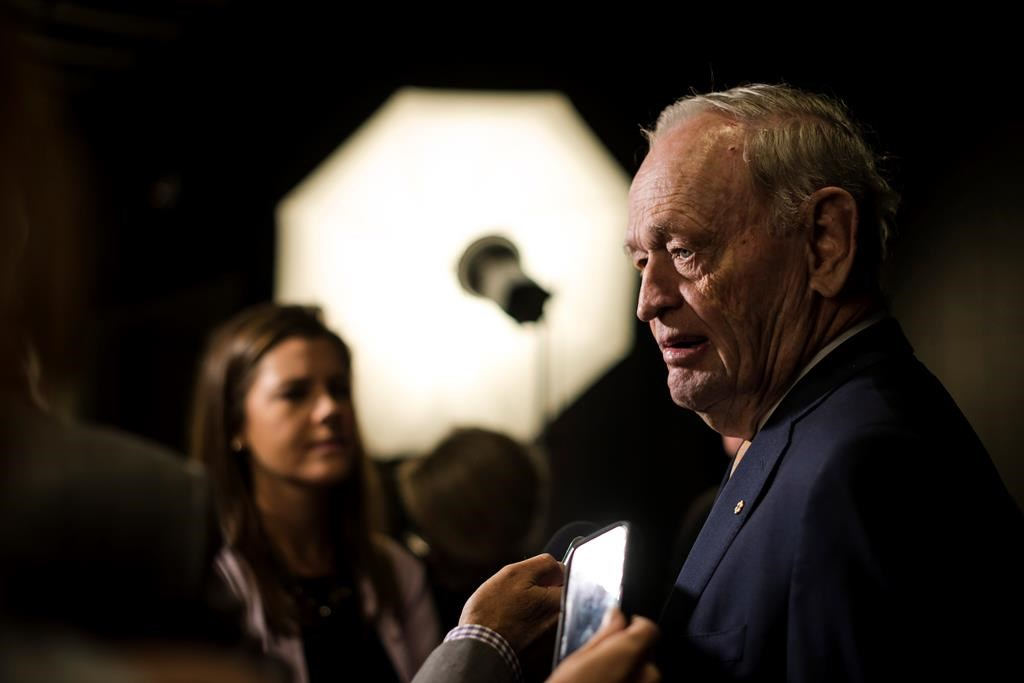 Asked directly what he thought about the Trump campaign, Chretien responded by referencing Democratic nominee Hillary Clinton's recent illness and taking a thinly-veiled jab at Trump.

"When Hillary had pneumonia, there are pills to help you against pneumonia, but apparently there is no pill against something like stupidity," he said.

Chretien downplayed all the protectionist talk from both Trump and Clinton, saying "it's always like that" during American presidential campaigns, but perspectives change once the winner moves into the White House.

"I remember Mr. Obama was expressing some of these views (before being elected), but reality hits you when you're in government," he said. "You cannot turn back the clock. Cars today are not made by manpower but by robots. We have lived in a global economy for a long time, and it won't change."

Not surprisingly, Chretien had praise for Prime Minister Justin Trudeau on the first anniversary of the Liberal government, crediting him with creating a good mood in Canada and improving the country's reputation abroad.

Chretien also defended Trudeau's move to force the provinces to adopt some kind of carbon pricing — "taxes are never fun, but you have to do the right thing" — and said he proposed legalizing marijuana 20 years ago so young people wouldn't end up with life-long criminal records.

"I was perhaps ahead of my time," he said. "They carry that forever. Some Canadians cannot cross into the United States for that; what many see as a mistake."

"I would try my first (tobacco) cigarette before I would try that," he said.