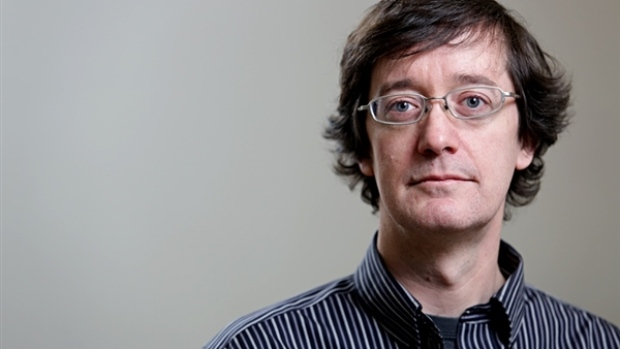 Keith Stewart of Greenpeace believes the revenue from carbon taxes should be invested directly in green community solutions. Photo courtesy of greenpeace.org.
Previous story
Next story

An environmentalist says that an oilsands research consortium that believes it knows where industry can best improve its environmental practices shouldn't be considered for grants paid for by carbon taxes.

Keith Stewart of Greenpeace said he disagrees with a suggestion made Tuesday by Dan Wicklum, CEO of Canada's Oil Sands Innovation Alliance, that it's a "logical" choice to help Alberta's NDP government invest in environmental research funding initiatives or partnerships.

"The revenues from the carbon tax should be invested directly in solutions like community-based solar projects and better public transit as well as supporting communities to assist low-income households," said Stewart.

"The big oil companies that make up COSIA don't need a public subsidy to invest in the basic research and development required for them to make the transition to a low-carbon world."

COSIA's 13 members account for 90 per cent of Canada's oilsands production. It was formed four years ago to allow members to share technologies aimed at reducing their environmental impact.

The alliance announced in Calgary on Tuesday that its members are spending $111 million this year on shared environmental technologies, taking the total since it was formed to $1.33 billion.

"If I was the government, I would take a look at where emissions are coming from and I would invest disproportionately in those sectors," Wicklum told reporters.

"I think it's very logical, both from an organization and focus perspective and from a bang-for-the-buck perspective, and, frankly, an emissions reduction perspective, to stream some of that carbon charge money in some reasonable, transparent way, to some of the companies, COSIA companies, that frankly manage emissions."

Oilsands sources account for about 70 megatonnes or one-quarter of Alberta's emissions each year.

Alberta announced last November it will have a wide-based $20-per-tonne carbon levy in place next year, rising to $30 a tonne in 2018.

It says it expects to raise $9.6 billion over the next five years, of which $3.4 billion will be earmarked for large-scale renewable energy, bioenergy and environmental technology projects. Implementation details have yet to be announced.

Tim Gray, executive director of Environmental Defence, said he's OK with granting funds to the industry group or even an individual oil company if it has the best solution for reducing greenhouse gas emissions.

"I don't think there should be any kind of automatic allocation of carbon tax revenue back to the oil industry, but they shouldn't be excluded from it either," he said.

"If they can get more carbon reductions than competing projects then why not?"

Rich Kruger, president and CEO of COSIA member Imperial Oil, said government funding of technology research is welcome but the consortium will continue to spend on innovation with or without it.

Wicklum said COSIA is already partnering with government departments through initiatives such as the 13 research chairs it sponsors or co-sponsors at Canadian post-secondary institutions.

Considering Dan Wicklum, Chief of COSIA, is also on the board of the CCEMC, he knows full well that industry are already the recipients of carbon tax revenue from the province. The CCEMC oversees the investment of the SGER, and in the past 6 years, almost $350 million has been recycled from carbon taxes into industry initiatives on emissions, climate change and CCS.

It is truly a wonder neither Wicklum, Healing or Gray cared to mention this "carbon charge" money currently allocated to COSIA members.

Should COSIA, CAPP's oilsands pet advisory group, be gifted provincial revenue from the new and ever so fraudulent Bill 20: The Climate Leadership Implementation Act?

Absolutely not, seeing as industry are largely exempt from these fuel based carbon levies.

The Act contains several exemptions from the levy, including fuel purchased under a carbon levy exemption certificate or a licence for exemption issued by the Minister, fuel used by the consumer in the operation of a facility under SGER, fuel used by the consumer before 2023 as set out in the regulations; marked fuel and fuel that is not put into a fuel system that is not combusted, which means all hydrocarbons or fuel used for solvents, diluents, drilling, fracking, servicing, SAGD, extraction and processing are exempt.

To further, the NDP offered industry a carbon rebate schematic in the Modernized Royalty Review under the "revenue minus costs" formula. For what carbon levies the industry does pay under the Act, they get to deduct within the MRR, prior to paying back the resource owners a higher royalty rate.

The only logical step here to protect the public interest, ensure cost efficiencies of industrial revenue and manage effective and prudent innovation, would be to dissolve COSIA. The province of Alberta now has a provincially funded Oilsands Advisory Group.

Update:
On Friday October 21, 2016, the CCEMC was changed to the ERA-Emissions Reduction Alberta and it appears that Dan Wicklum is no longer on the board.

Here is a listing of the

Here is a listing of the former CCEMC now ERA projects, of which considerable funding went to COSIA members:
http://eralberta.ca/wp-content/uploads/2016/09/ERA-Project-Sheet-October...