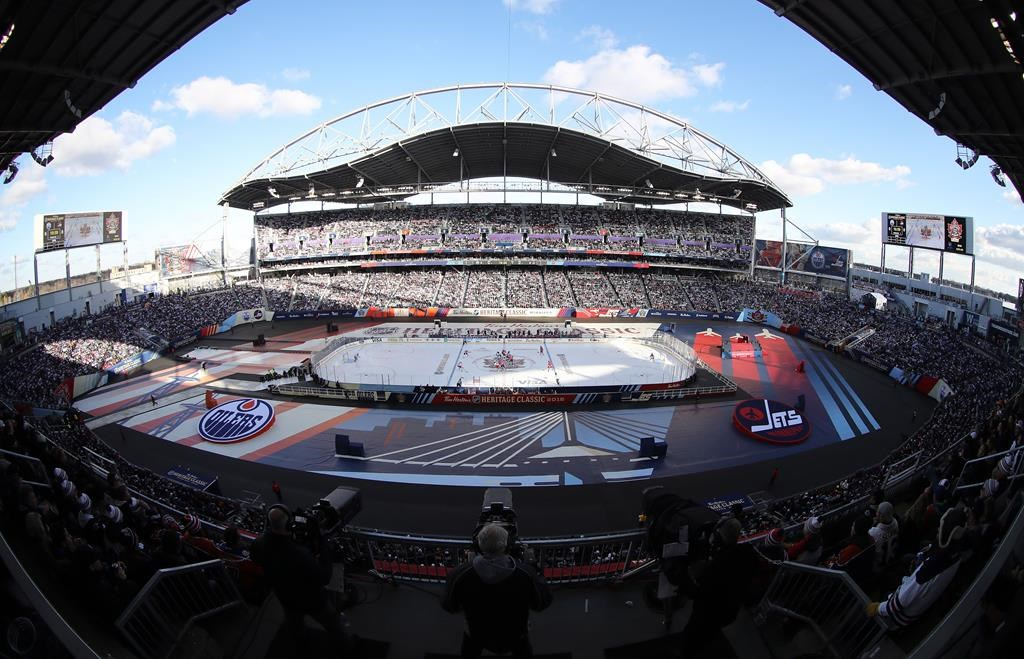 As Winnipeg Jets fans make their way to their seats and players prepare to stand on home ice for the national anthem, an announcement fills the downtown arena.

The message — believed to be a first for an NHL team — says the Jets play on Treaty 1 land which consists of "original territories of Anishinaabeg, Cree, Oji−Cree, Dakota, and Dene peoples, and the homeland of the Métis Nation."

It adds that True North Sports and Entertainment, which owns the team and its home arena MTS Centre, is committed to "a spirit of reconciliation."

Acknowledging Canada’s colonial history is starting to trickle down to the hockey rink eight years after former prime minister Stephen Harper stood in Parliament to apologize to residential school survivors and almost a year after the release of the Truth and Reconciliation Commission’s final report.

Niigaan Sinclair, an assistant professor and head of the native studies department at the University of Manitoba, raised the idea. It’s also based on a commission recommendation that organizers of international sporting events involve and respect local Indigenous communities.

Reminding crowds of 15,000 or more about Indigenous lands is a way to raise public awareness of Canada’s past and of the treaty−based relationships between First Nations and others, Sinclair said.

"Every venue where people congregate, every single government in North America, should acknowledge the history of the land they are on, which doesn’t begin with the arrival of Europeans or newcomers or immigrants or whatever you want to call them.

"This is a responsibility that every single North American person inherits."

"Mark Chipman just turned to me and said, ’Well, this is the right thing to do’, and ... next thing you know, they did it on the opening night of their season."

Rob Wozny, spokesman for True North, said the team acknowledges Treaty 1 land with a pre−game announcement before every home game.

"Recognizing, respecting and supporting Indigenous peoples is important," Wozny wrote in an email.

True North already runs several charitable programs, some of which are focused on First Nations. The Jets had earlier banned spectators from wearing headdresses and other mascot−type gear.

Pressure is mounting for some professional sports teams — such as the Cleveland Indians, the Chigaco Blackhawks and the Edmonton Eskimos —to change their names and mascots.

The Edmonton Oilers made sure to include First Nations communities from Alberta when they opened their new arena this fall. Indigenous leaders were consulted and involved in the ceremonies. The building includes a large mosaic in the floor near the main entrance — 14 metres in diameter and made of almost one million small tiles — by Indigenous artist Alex Janvier.

"There is a growing awareness and conversation across Canada about reconciliation and moving forward to a positive future," said Tim Shipton, spokesman for the Oilers Entertainment Group, which owns the team and operates the new arena.

"We know that as a pro sports organization, we can be a force of good in the community and we know this is something that a lot of people are talking about."

Governments have been recognizing treaty lands in official ceremonies for years now. The trend is also catching on in the corporate sector.

Bob Joseph, who runs the Vancouver−based Indigenous Corporate Training Inc., says more companies are seeking advice on how to include and recognize Indigenous communities in events. His company’s website offers tips on how to thank host First Nations.

"The corporate sector guys, academia, they’re all acknowledging territory and we just encourage it as much as we can."