At biker bars and rallies, the message to GOP: This is Trump's party now 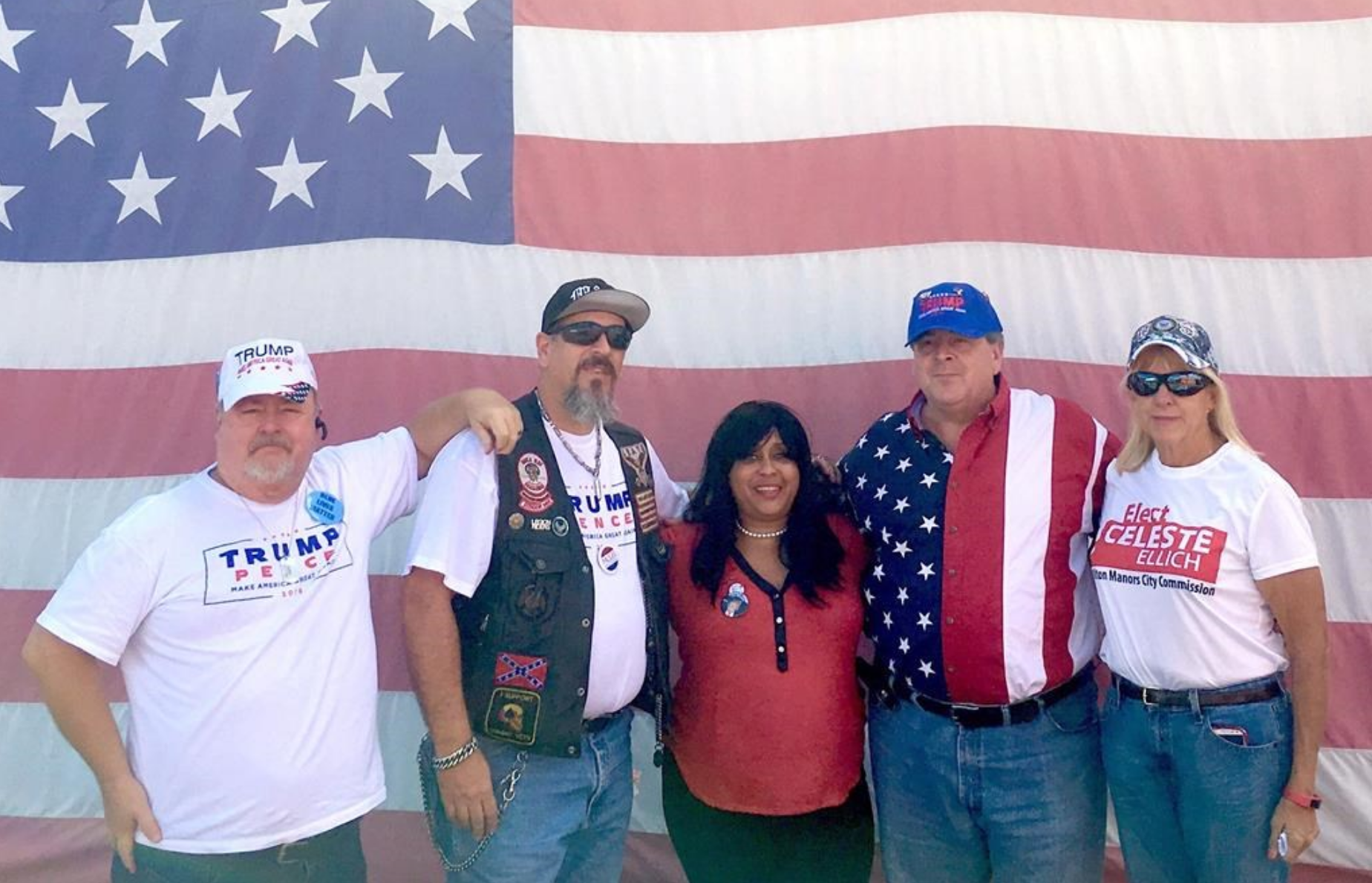 Trump supporters talk about the Republican Party and the presidential election in Florida in October 2016. File photo by Canadian Press.
Previous story
Next story

The sounds at this biker bar explain why leaders of the Republican party tiptoe gingerly around Donald Trump, avoid criticizing him, and keep wavering back and forth over whether to endorse him.

At a rally of bikers for Trump, they roar against Republican elites. One after another, leather−vested orators lay rhetorical beatdowns upon the party’s leaders, delivering one blow after another on the allegedly corrupt, the spineless, the disrespectful.

One such message comes with an extended middle finger.

"Paul Ryan, I’ve got something for you," Gabe Carrera says, drawing cheers from fellow bikers as he raises the discourteous digit. "We need Trump not only against Democrats, but against the false Republicans that are Democrats in (disguise).

"They’re the ones screwing up our nation. Those are the people that piss me off.’’

It’s not often this sentiment gets expressed in a setting like this — a rally outside Mickey’s bar, where patch−collecting patrons bop to classic−rock bass lines and swig beers next to a life−size cardboard cutout of Trump. But the split in the Republican party is real, it’s growing, and it’s affecting American governance.

The chasm between base and brass has already blocked projects like immigration reform and paralyzed the presidential ambitions of Jeb Bush, Marco Rubio, and John Kasich. It may yet kill the Trans−Pacific Partnership, with the 12−country deal potentially sidelined by a caucus revolt against Ryan, the House speaker.

The fissures have widened with Trump.

The party’s grassroots members support him and are turning on leaders who won’t. It explains why a half−dozen Republicans have gone from rescinding their endorsement of Trump to declaring they’ll vote for him. The party’s golden boy, Ryan, has seen his poll numbers plummet among Republicans since he distanced himself from Trump; he now faces a rebellion. An NBC News poll found that almost two−thirds of Republicans trust Trump to lead the party, over Ryan.

At a presidential campaign rally in Florida, a group of friends said they weren’t even sure they’d vote for party star Marco Rubio. Their senator hasn’t appeared at rallies with the nominee, even scolding him occasionally, including for his insistence that the election is rigged.

So they’re upset at Rubio.

"The ones that come out hardest against Trump, I don’t care if they lose to a Democrat or not," David Radford said outside a weekend rally in Naples, Fla. His buddy, Mike Marino, chuckled and added: "Yeah, we’re done with that."

Trump has also had a sudden effect on Republican policy preferences.

The party’s supporters are now less hostile to Vladimir Putin — and more hostile to trade. In a surprising reversal, one poll showed just 18 per cent of Republicans agreeing trade deals helped people, compared with 33 per cent of Democrats.

This week, Brian Mulroney predicted the Trans−Pacific Partnership agreement was dead — and the former prime minister would have found ample anecdotal evidence at U.S. political rallies to support that assessment.

At the biker gathering, one speaker after another lamented the power of corporate and foreign interests. That includes Carrera, a former criminal−gang member who turned his life around to become a lawyer and Tea Party activist.

Another speaker at the biker event warned that if Trump loses, American kids will soon have to learn Chinese. In his passionate, profanity−filled address, Charley Blackwolf added that he doesn’t care about Republicans winning Congress.

"We do not, by the way, want to save Congress. That would include Speaker Ryan — along with the rest of the institutionalized losers that are currently scrambling to distance themselves from Trump, thinking it might save their chicken−s−−t jobs," said the motorcycle journalist.

"Establishment politicians have not done the job we elected them to do. As a result we the people must now kick their sorry asses down the road. That’s all of them, Democrat and Republican."

That attitude presents challenges for the party.

Republicans need their presidential voters to keep ticking the boxes all the way down the ballot — for the Senate, House of Representatives, and local races. People like Celeste Ellich are counting on Trumpers.

A realtor, former Navy intelligence specialist, and Republican official in Broward county, she’s running for city commissioner. And her race could be decided by how many Trump voters keep ticking those boxes.

Letter to Canada on Republican racism in Congress