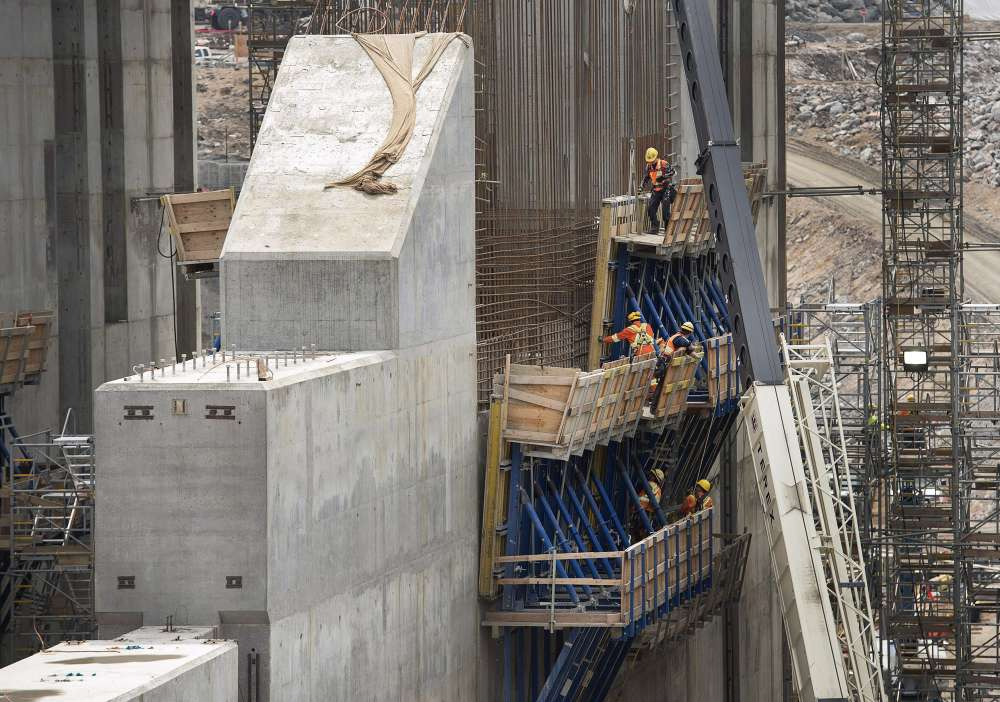 Cathy Bennett said she's "disappointed" that Quebec called on Ottawa to reject her province's request for further loan guarantees for Muskrat. The estimated cost of the project has jumped to $11.4 billion from $7.4 billion.

Bennett said Quebec recently announced a $2.2-billion surplus in the 2015-16 fiscal year and received $10 billion in equalization payments during the same period.

"I'm sitting here telling people in the province that we are going to target a $1.6-billion deficit and we receive zero in equalization," she told reporters. "I was disappointed to hear that information from Quebec. I think we can do things a little differently under Canadian values than trying not to support our neighbours."

Quebec leaders argue the province didn't receive federal help to develop its hydroelectric resources and that Newfoundland shouldn't get any either. Government house leader Jean-Marc Fournier said Wednesday it's not in Hydro-Quebec's interests for Ottawa to offer more financial help for Muskrat Falls.

On Thursday, Fournier wouldn't repeat that statement, saying only he "wanted to look to the future."

"Both Quebec and Newfoundland have hydroelectric potential," he said. "Let's get out of the battles of the past and look toward creating commercial operations that benefit both of us."