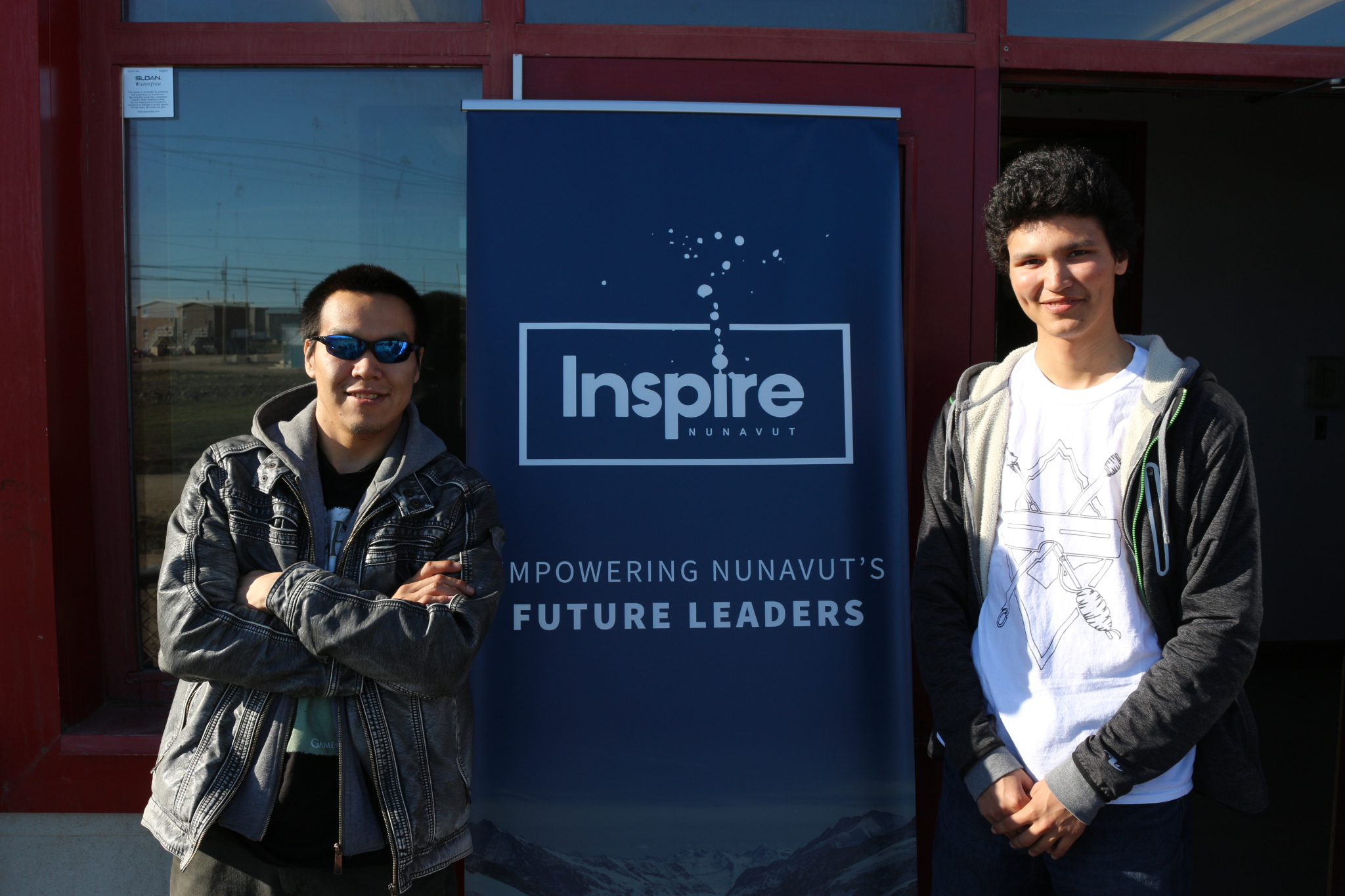 Michael Milton has a big dream: to be the voice for youth in Nunavut. But he’s not planning on becoming a politician. The 21-year-old from Pond Inlet created his own clothing line featuring one-of-a-kind designs that reflect his Inuit culture and values.

“I want these designs to show who we are and how we’re changing, designs that other people would be proud to wear,” says Milton. “And for our youth to show other people they’re proud to be from Nunavut.”

Milton's company is part of a new movement catalyzed by Inspire Nunavut. The organization helps youth to see that business skills — and even the notion of profit — don't have to be at odds with traditional culture.

“They thought business was individualistic and profit-oriented. They didn’t think it aligned with their cultural values. They’re more collective,” says Ajmal Sataar, the 24-year old behind Inspire Nunavut.

Entrepreneurship as a development tool

Inspire Nunavut teaches youth how to take an idea and turn it into a business in just seven months. Funded by the Government of Nunavut, Inspire Nunavut launched its first pilot program in Pond Inlet and Iqaluit this past February, training twenty at-risk youth on income assistance or unemployment insurance. The program started with a five-day workshop in each community where participants were given a crash-course in business models, revenue streams, supply chain management and even taxes. A small team of mentors also taught soft skills like time management, budgeting and organization.

Milton landed a spot in the pilot program. After finishing high school in 2013, he had worked as an assistant on community research projects, a stock boy at a local general store and a casual substitute teacher at the high school.

“It's hard to get a real job up here,” says Milton. “All the best ones are taken.” But in 2016, after just a couple of months with Inspire Nunavut, Milton’s clothing business High Arctic Apparel was up and running.

"I was really nervous at first. I knew I was going to learn a lot. But it was one of the best decisions I ever made.”

Milton now sells hoodies, t-shirts and tanks with unique designs incorporating his Inuit culture. His logo is a combination of two hunting tools: the Kakivak, a fishing spear used in the West, and the Sakku, a harpoon head used in the East. He sells his products in town and online through his Shopify website. It's earned him almost $2,000 in under two months.

“These are very capable, impressive young people. But they’re so isolated and have such limited resources. And I had a vision for what tools would help them to see and reach their potential.”

Sataar first travelled to Iqaluit two years ago for a conference with University of Ottawa’s Telfer School of Management. While visiting, he met and spoke with students about entrepreneurship and found they tended to have a negative view of business.

But when Sataar pitched the idea of a social enterprise — using a business model to help solve social or environmental problems — that resonated with them. He also showed the participants how they could integrate Inuit culture and values into their business ideas. Inspire Nunavut participants are encouraged to give back to their community, whether that’s donating a percentage of their profit to the local food bank, providing a much-needed service or hiring at-risk youth.

Hard to fit in the box of federal programs

But after looking at these options, Sataar said he wouldn't be eligible for any of them because his own project doesn't fit into the box of requirements for most federal grants.

"Traditionally, it’s tough to fund something like what we’re doing," he said. "It's really unique."

He also noted that his project was new and that he was still trying to learn what options were available. And after helping the first group of entrepreneurs, the project was now getting big enough to apply for other types of federal support.

"We're at a point where we've proven our concept," he said. "Our program tackles everything that's important when it comes to supporting some of these communities."

Inspire Nunavut addresses a labour market gap in a province that has the largest population of young people in Canada. Diana Martin, director of career development with the territory's Family Services Department, said Inspire Nunavut has given opportunities to young Nunavummiut that wouldn't be possible without this program.

"The feedback received from the participants is overwhelmingly positive – some say the program changed their lives," Martin told National Observer.

So far, the program has received $229,485 in Nunavut government funding that goes towards workshops, training and on-going support for the emerging entrepreneurs, Martin said.

The business of food

For Chris Idalut, the program presented him with the chance to offer healthy, quality food to the people of Pond Inlet, a community where fresh food is expensive. The 27-year-old isn’t new to the cooking world. He finished Algonquin College’s Culinary Arts school in 2009 and worked in the kitchen at Baffinland Iron Mine where he helped serve over 300 people. Now the owner of Chris’ Kitchen, Idalut’s trying his hand at catering and preparing ready-to-eat meals, from prime rib with au jus and potatoes to stir fry made with a homemade tangy sauce that he hopes to bottle and sell to grocers.

"We didn't have much growing up,” says Idalut. “But I’ve always had a passion for cooking.” He hopes Chris’ Kitchen will allow him to better provide for his family and his six-year-old daughter. So far, he’s making a few hundred dollars a week and trying to get his Food Handler Certification to beef up his credibility as a food services provider. His dream is to open his own restaurant in Pond Inlet.

Not just about making money

“It’s difficult for someone who is living pay cheque to pay cheque to start their business,” says Sataar. Inspire Nunavut financially backs the budding entrepreneurs with $1,200 a month for seven months.

The program’s mentors—young people from Ottawa who have backgrounds in business and social entrepreneurship—are in touch with the participants every week, providing at least two hours of support. The participants are also given office space with computers and internet access while two local coordinators track their progress and help facilitate meetings.

But it hasn’t been easy for all the entrepreneurs to start their business. For Napatchie Lyta and her partner Jayko Kilabuk, opening Iqaluit Cultural Adventures, a tourism business, has tested their patience.

"Up here getting approval for a business license is very slow. We were ready to start our tours in June. It’s frustrating,” said Lyta, who at 37 years old is an exception to the youth-only program. She finally received their license last week and is applying for grants to secure more funding. Lyta said it’s important that their business helps to preserve the Inuit way of life.

"Our ancestors survived with nothing, just with the land and water. We never want to lose that. We want to promote our culture,” said Lyta. Their local tours will include performances by throat singers and drum dancers, storytelling by elders, and tasting traditional foods like caribou and seal meat. In 2018, they're hoping to expand their business to outfitting, taking people out on the land on overnight and weekend trips.

Ten of the businesses started through Inspire Nunavut are now operational and making a profit. Other participants decided to return to school to be in a better position to run a company. Sataar said they’ll be bringing the program to six new communities in the spring and turning the seven-month pilot program into a year-long initiative.

“In Nunavut, there’s an informal economy of buying and selling. They’re entrepreneurs by nature,” said Sataar. “But nobody taught them how to formalize it and turn that into a business while also giving back to the community. And that’s what we’re doing.”