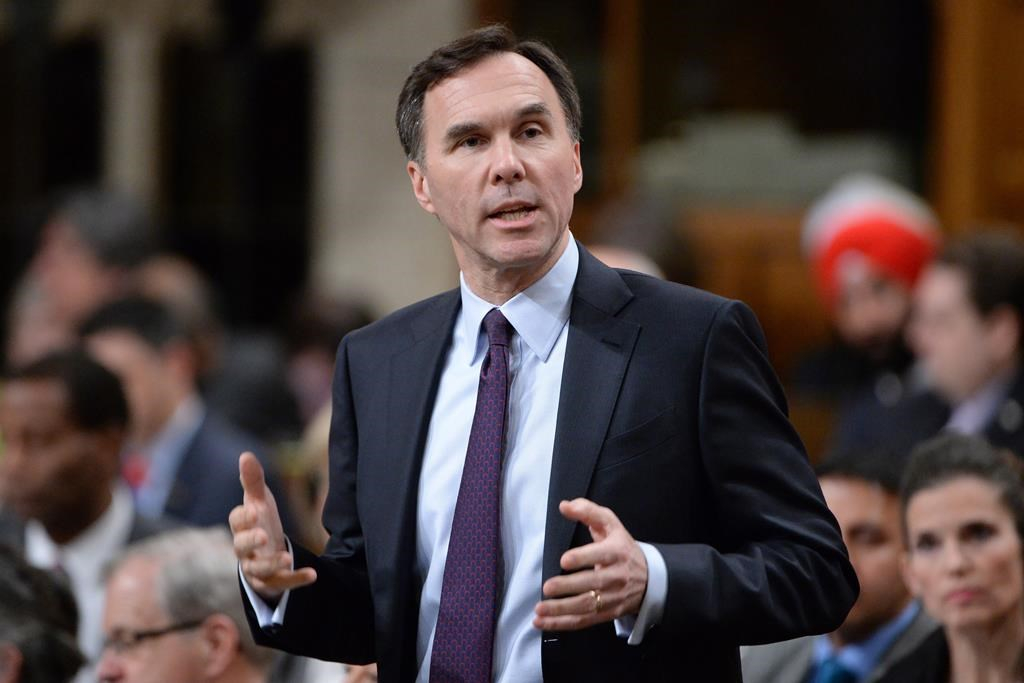 The federal Liberals are banking on the creation of a new, arm's-length lending machine that could leverage billions in public money and turn it into new highways, bridges and transit projects.

The centrepiece of the Liberals' economic update is something that they hope will also be a signature piece for the Trudeau government: a new, experimental infrastructure bank that will take $35-billion in public money to create an investing system many times that size by pulling in private sector dollars.

But just how the bank will work is unclear.

The government unveiled high-level details in its economic update Tuesday, leaving the nitty-gritty for next year's budget.

"There still a lot of details that need to be fleshed out," said former parliamentary budget officer Kevin Page.

"But it's an exciting initiative. Personally, I like the fact that they're doing it, but there is still a lot of work to do to get that thing up and running."

The government plans to infuse the arm's-length bank with $15 billion in cash, taken from extra money outlined in the economic statement, to pay for projects that may not turn a profit.

The government also plans to provide $20 billion in seed capital that the bank would provide in loans, with the repayments preventing a hit to the government's bottom line. Federal capital, backed by private investment, would target projects that generate profits from water and hydro rates and road tolls.

Government officials hope the new bank will prod cities and provinces to seek private sector partners for projects that are on the cusp of being commercially viable, such as mass transit.

Morneau said the government will begin work immediately to create a pipeline of projects for the bank to fund. The bank will formally come into creation after budget legislation is passed, he said.

Clark Somerville, president of the Federation of Canadian Municipalities, said it is too early to know what projects would be involved. He said cities wouldn't worry about partnering with the private sector and would look at public-private partnerships for large projects as part of budget planning.

The $15 billion for the bank will come out of an extra $32 billion in infrastructure money the Liberals outlined in the economic update, bringing total infrastructure spending over the coming 11 years to $81 billion.

Morneau said the extra cash and the new bank are part of the government's plan for dealing with a challenging economic situation.

"This plan is about how we can make a real difference for the middle class and Canadian families over the long-term," he said.

"It's about knowing that one, two, and three decades from now we can have a more productive economy. We're going to get this going in the near-term so we can create good jobs.

Interim Conservative leader Rona Ambrose said the government is doubling down on a plan that hasn't shown results by making large, expensive promises with no real sense of how they would create jobs.

NDP Leader Tom Mulcair said the bank would lead to the privatization of roads and bridges, with average Canadians shouldering the cost through more tolls and user fees.

The Liberals vowed in last year's election to spend $60 billion in new infrastructure money over the coming decade on projects ranging from new roads, bridges, seniors' homes and social housing, as well as water and waste water projects.

The first tranche of money in this year's budget, about $11.9 billion, was aimed at getting money out the door quickly to refurbish and renovate aging and crumbling infrastructure across the country. So far, some 760 projects have been approved for funding with about two-thirds either started or completed.

The remaining funds, about $48 billion, are to flow to provinces and cities to build what the government calls transformative projects, such as large-scale transit systems designed to alleviate congestion on clogged highways.

The bulk of the new money is forecast to be spent in 2027 and 2028, by which time the country will have gone through three more federal elections.

By Clare Demerse | Opinion, Politics | March 22nd 2016
Reports from the Race to a Safer World

This will double the cost of

This will double the cost of the infrastructure over the years. The government can borrow at 2% but the private corporations will want a 7 or 8 percent return and Canadian tax payers will make up the difference. Do we want our water systems in the hands of big water corporations from France.

Raise the GST back up 1% and

Raise the GST back up 1% and borrow from the Bank of Canada like we used to.