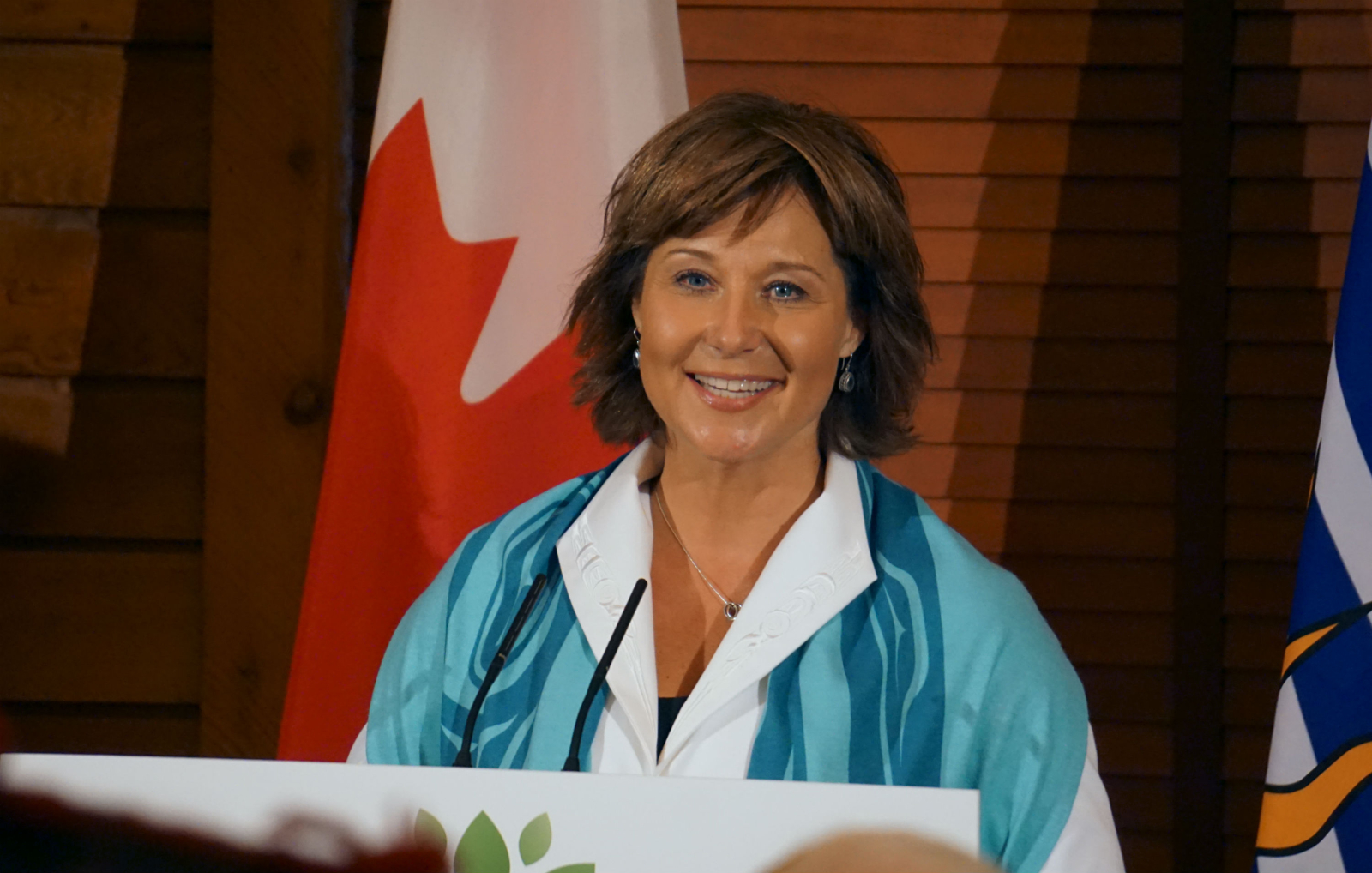 British Columbia’s efforts to launch a liquefied natural gas industry were given a boost Friday after Woodfibre LNG said it will proceed with its $1.6−billion project in the Lower Mainland, the first proposed LNG development to go ahead in the province.

Premier Christy Clark, who has banked plenty of political capital on developing an LNG export sector, beamed with praise, saying the project will create 650 jobs during construction and 100 operational jobs over its estimated lifespan of 25 years.

"I am delighted to welcome this good news, which will undoubtedly continue to create good, sustainable, environmentally−sound, high−paying jobs for British Columbians in this region," Clark told a news conference near Squamish, B.C.

The Woodfibre LNG project is the first of roughly 20 LNG proposals in the B.C., many of which have been delayed or deferred because of low LNG prices.

The B.C. government has made several concessions to try to lure investment in an LNG industry. Clark, who faces re−election in May, announced one more Friday in the form of lower electricity rates.

The new rates will only be available to LNG producers who choose to power their operations through grid electricity, rather than natural gas, something Woodfibre had committed to some time ago.

But he said the cheaper rates prompted the board of Woodfibre’s parent company, Pacific Oil & Gas Ltd., itself part of Singapore−based RGE group, to go ahead with the project.

"We commit today to build this project, a project that is right for Squamish and right for B.C.," he said.

Giraud said going electric on the LNG plant, which cools natural gas to a condensed liquid for shipment by tanker to overseas markets, would reduce emissions at the site by more than 80 per cent.

Clark said it would be the cleanest LNG project in the world and reduce global emissions by displacing coal power in Asian markets, with upwards of 2.1 million tonnes of LNG exported annually.

But while both Giraud and Clark touted the project’s green credentials, environmental groups didn’t see it the same way.

"From a climate point of view, it’s certainly a step in the wrong direction for British Columbia," said Josha MacNab, B.C. director at the Pembina Institute.

MacNab said even if powered by electricity, the plant — and the gathering and transportation of the natural gas needed to feed it — would take up six per cent of B.C.’s legislated 2050 emissions limit.

MacNab said B.C. needs to demonstrate how it can develop an LNG industry while still meeting its legislated targets.

"We haven’t seen anything close to that in terms of a climate plan that incorporates the significant increases in GHGs that would accompany the development of an LNG industry in the province," said MacNab.

The development also continues to be opposed by some locals and First Nations, with the Squamish community office for the project set on fire Thursday. The RCMP said the cause of fire has not been determined and is considered suspicious in nature.

"The Squamish Nation set out its 25 conditions to specifically protect sensitive land and marine habitats — in and around the proposed project site," Campbell said in a statement, adding that he has worked hard with the company to resolve those concerns.

"Only when all those conditions have been resolved will we sign the deal."

Woodfibre’s approval comes despite high−profile deferrals in B.C., including the Shell−led LNG Canada project earlier this year, as the world deals with an oversupply of the commodity.

Pacific Northwest LNG, which is much larger than the Woodfibre LNG project, recently secured federal sanctioning and is now being reviewed by Malaysia’s state−owned company Petronas for final approval.