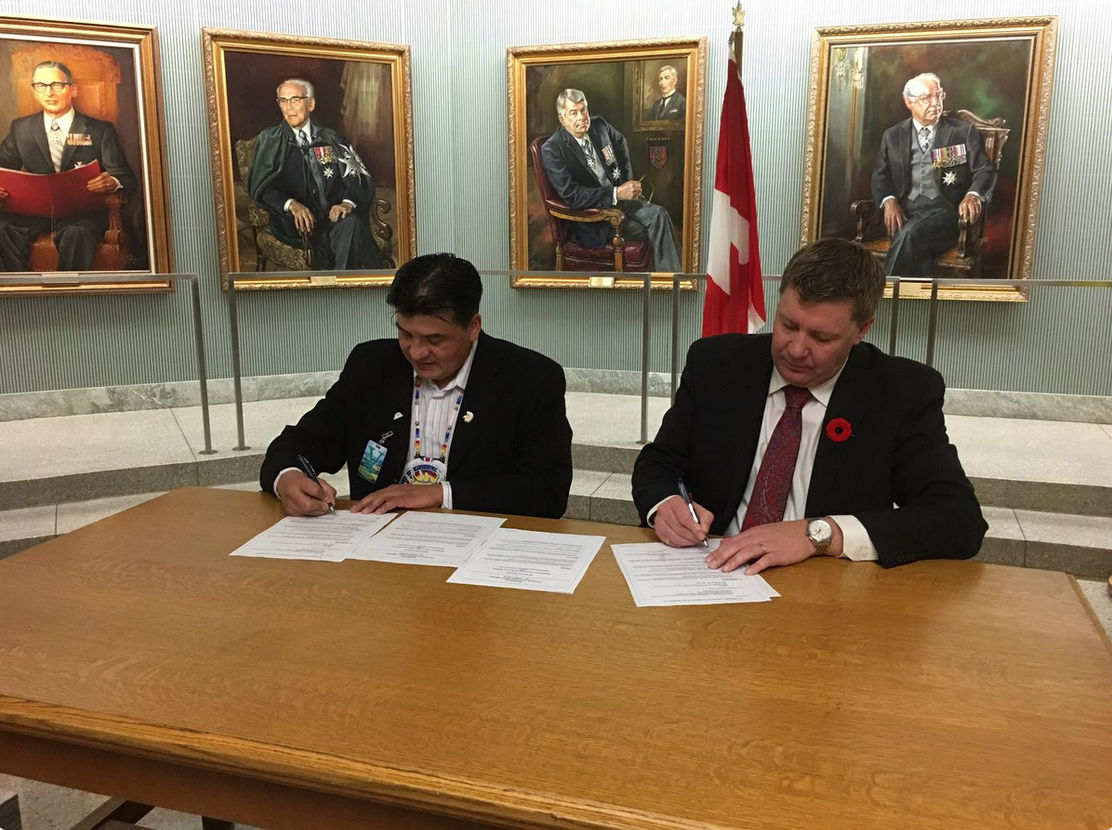 The chief of Saskatchewan’s Federation of Sovereign Indigenous Nations says he supports bands that want to exile criminals.

Bobby Cameron, who represents 74 of the province’s First Nations, says he backs banishment if it means getting rid of drug dealers or protecting young people from drugs and alcohol.

"We’re talking about some communities here that have drug dealers that are selling to 10−year−old kids," Cameron said Monday at the provincial legislature. "What would you guys do? Honestly. You got a 10−year−old kid that’s doing crystal meth.

Cameron says the RCMP has a big role to play, too, working with chiefs, band councils and First Nations people who know who the drug dealers are in their communities.

"It’s about improving and combating these problems before they escalate to the point where there’s full−blown usage of drugs and then suicide happens."

Cameron spoke after reports that Chief Richard Ben and the Makwa Sahgaiehcan First Nation banished six non−band members and gave warnings to more than a dozen members because of a crystal meth problem.

Muskoday Chief Austin Bear said his community held a referendum at the end of October and just over 80 per cent of about 180 people who voted supported a banishment law.

"I see that as our membership supporting their leadership, but more importantly ... (they) are concerned about issues in our community with respect to the illicit and illegal trafficking of drugs and how that is impacting on our families, our children and our community," Bear said.

Five non−members suspected of dealing such drugs were kicked out, he added, suggesting that the law could also apply to someone convicted of murder or a known pedophile.

"We’re not out on a witch hunt here; however, when the situation arises, we have ways and means of challenging our members who choose to be drug pushers," Bear said. "The outcome for these people may be exclusion or banishment, but it’s not an automatic banishment. Every situation has to be considered ... on its own.

"But it’s not by any means an intention to have a blanket banishment or exclusion. There’s much more to it than that."