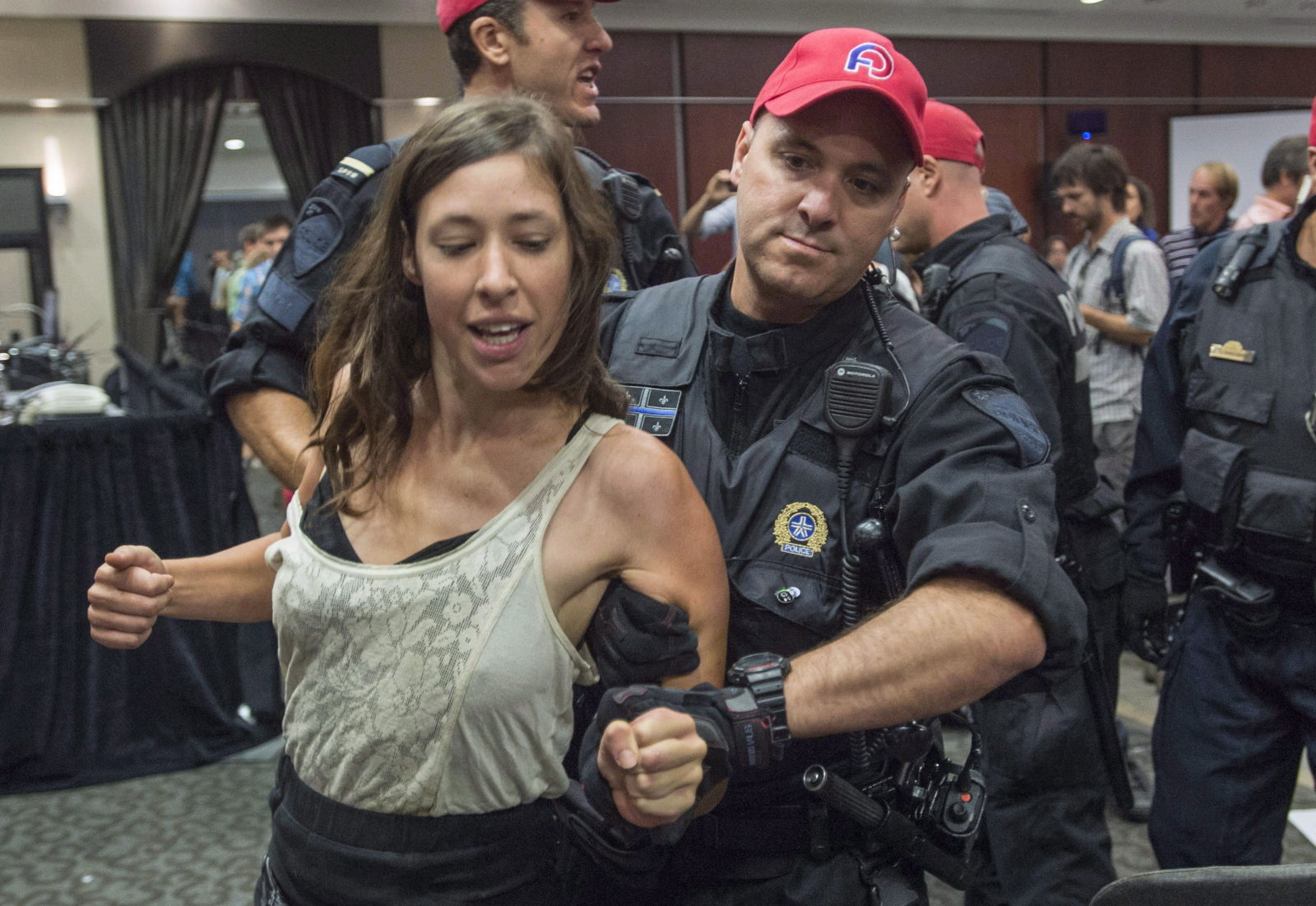 Alyssa Symons-Bélanger is detained by police following protest at National Energy Board hearings on the Energy East pipeline in Montreal on Aug. 29, 2016. Photo by The Canadian Press.
Previous story

Quebecers have overwhelmingly lost confidence in the National Energy Board and want pipeline hearings stopped until Canada’s environmental laws have been reformed, according to new statistics from French poller, Sondage Omnibus Téléphonique (SOM).

Seventy-three per cent of respondents to the recent survey say they don't have confidence in the NEB's ability to evaluate the Energy East pipeline proposal following the “Charest Affair,” exposed by National Observer earlier this year. Nearly 90 per cent of them further believe that hearings for the major oilsands expansion proposal shouldn't continue until Canada's environmental assessment procedure has been reformed.

While the Trudeau government currently has processes underway to reform the NEB and environmental assessments, many conservation and environmental groups say the changes aren't coming fast enough. The National Energy Board has not yet commented on the polling results.

The public opinion findings come from a survey of 1,020 Quebecers conducted by SOM and commissioned by a coalition of environmental groups, including Équiterre, the Coule pas chez Nous foundation, the David Suzuki Foundation, Greenpeace Canada, Nature Québec and Regroupement vigilance hydrocarbures Québec.

Respondents were asked two questions in French. Translated into English, they read as follows:

The questions were asked as part of an omnibus poll conducted by telephone from Oct. 6 to Oct. 17, targeted at a stratified and non-proportional population sample in three large regions. It was a probability sample, randomly generated from valid phone numbers within the territory of the study, according to the report, including 80 per cent landlines and 20 per cent mobile.

Data was weighted to ensure a representative sample of Quebec’s adult population and the maximum margin of error for the sample is 4.4 per cent, 19 times out of 20.