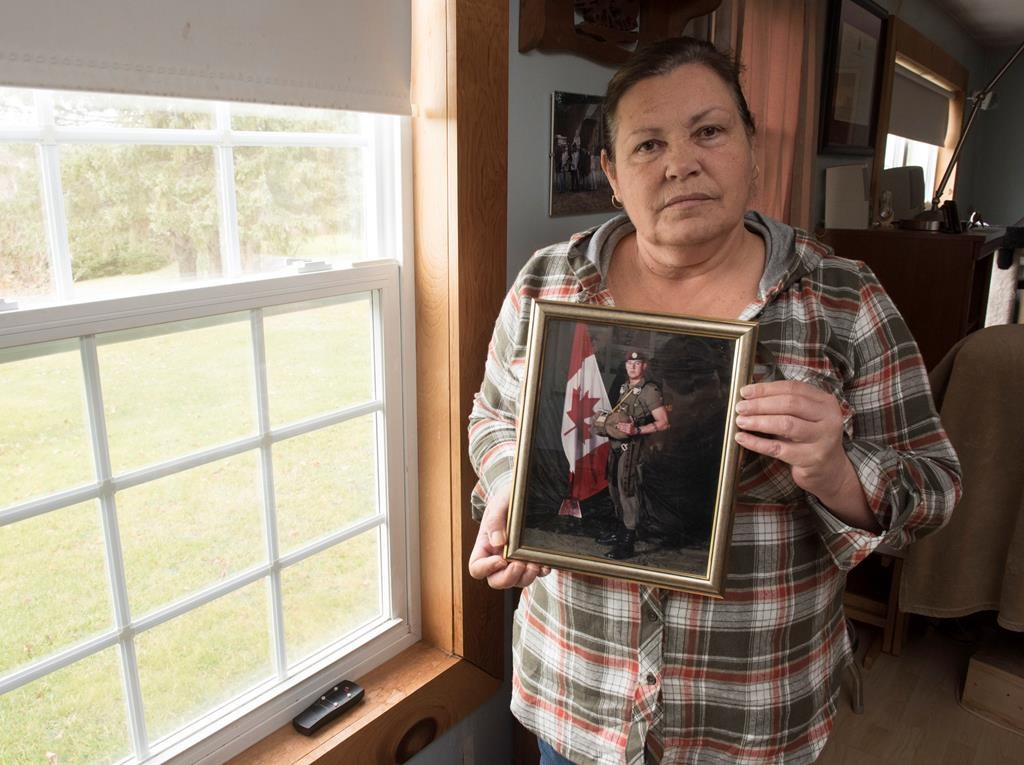 Betty Ann Lavallee wasn't just continuing a family tradition when she enlisted in the army in 1980, though her father, two grandfathers and even a great-grandfather had served in uniform.

Lavallee, who would later lead the Congress of Aboriginal Peoples, was also continuing the long tradition of aboriginal Canadians joining the military — a tradition that now includes her son.

On Nov. 8, three days before Remembrance Day, Lavallee will be among thousands of indigenous people across Canada marking National Aboriginal Veterans Day.

While the day is not officially recognized by the federal government, Lavallee says it is nonetheless an important moment to remember the thousands of aboriginal people who fought and died for Canada.

"We sort of get lost in the shuffle because there's so few of us," she said. "This is just another way to celebrate our people and their accomplishments."

National Aboriginal Veterans Day has been growing in size and scope since it was inaugurated by Winnipeg's city council in 1994, with commemorations popping up in different parts of the country.

Veterans Affairs Minister Kent Hehr will attend this year's event in downtown Ottawa on Tuesday, the first such appearance by a veterans affairs minister.

"We thank the thousands of indigenous Canadians in uniform who answered the call of duty and made the ultimate sacrifice," Hehr said in a statement.

"Their contributions and efforts have helped our country in its efforts to make this world a safer place."

Veterans Affairs Canada says more than 7,000 aboriginal people served in the First and Second World Wars, as well as Korea.

But that number does not include Inuit, Metis or non-status Indians, and some estimates put the actual total closer to 12,000.

More than 500 died in those conflicts, and many more were wounded.

Yet even as National Aboriginal Veterans Day grows, there is a burgeoning debate over what it should represent.

Lavallee says she will be thinking not only of those who fought and died in uniform, but also the many aboriginal veterans who fell through the cracks when they returned home from Europe and Korea.

In some cases, indigenous veterans were denied the services and support offered to non-aboriginals, including land and educational benefits. In others, they lost the benefits provided to those aboriginals living on reserves.

"So all the benefits you would normally get by coming back as a veteran, like free housing, they would say, 'No, you get it from your band.' And the band would say, 'No, they're no longer part of our band,'" Lavallee said. "So you fall through the cracks."

The federal government apologized in 2000 and offered compensation of $20,000 per veteran. Many were upset — a national roundtable had recommended $120,000 as a fair sum — but nonetheless took the money for fear they wouldn't survive another long court battle.

Blackwolf is among those who don't think Nov. 8 should be about dredging up such history, which he believes is steeped in politics.

He will instead be thinking about those who didn't come back, such as his father and uncle, who were both killed in the Second World War.

Indigenous voters could snatch victory from Conservatives in Kenora